It’s been quite a while since a Football League club has been witnessed in full-on crisis mode. Salary cap legislation to limit the amount of money that owners could throw after bad in the pursuit of trinkets has been reasonably successful, and the number of football clubs at the lower end of its three divisions have been living reasonably quiet lives over the last couple of years or so. With this in mind, it always felt likely that it would take something fairly seismic to push another football club into any serious difficulty, but that time has come, and the supporters of Northampton Town FC might well considered that they have seen it coming, as well.

It is now three months since we last looked at the situation at Sixfields, where it has felt as if something hasn’t been right for some considerable time. Northampton Town’s history has been littered with struggles to stay afloat in the past, and it might be argued that previous difficulties were brought about as much by struggle to stay afloat near the foot of the Football League as anything else. On this occasion, however, the circumstances seem to be somewhat different. This time, the pickle in which this club finds itself is giving every impression of being man-made, and there are plenty of Northampton supporters who would be quick to identify that man as the Cobblers’ chairman, David Cardoza.

By the summer of 2014, it was clear to supporters that were actively paying attention to the ongoing story that something wasn’t quite right about the proposed redevelopment of the East Stand at Sixfields. The initial plans were for club offices and a full range of new facilities for corporate hospitality and conferencing as part of an enabling deal with the ground works being paid for by the revenue from the hotel, a supermarket, shops and 225 homes, whilst the capacity of the stadium would be increased to hold 10,000 people, but these were later scaled back and it soon became evident that a very expensive project would likely result in the stadium holding a mere five hundred people more than it did before.

Similarly, once it got started, development work at the ground itself seemed to be progressing at a glacial speed, when it was progressing at all. By the summer of 2014, the old East Stand had been torn down and the club was faced with playing at a three-sided ground – as the club had at its original home, The County Ground, until 1994 – until it was ready again. The new Sixfields stand was to be managed by a company called County Developments (Northampton) Ltd and was being funded through a £12m loan from the local council, but this was all starting to look rather expensive for the modest proposals that the club was putting forward, whilst the troublingly slow rate of progress in actually getting it built only seemed to compound the growing concerns of those who felt that something at Sixfields was starting to smell a little off.

The muddiness surrounding the entire development only grew over the course of last season. Northampton Borough Council, which holds the freehold to the Sixfields site, had sold a 150 year leasehold to County Developments (Northampton) for a nominal sum in order to facilitate work on the stadium, but this responsibility was subsequently handed to a company called First Land Ltd, a company which seemed to have links to both the football club itself and County Developments. First Land, however, were pushed into administration at the start of this year by Buckingham Group Contracting Ltd, the company actually brought in to build the stadium. This was eventually settled with a CVA paying 27p in the pound. However, by October 2014, £10.25m of the £12m loan taken by the club for this work had already been drawn down, so the obvious question to ask is that of what has happened to this vast sum of money, because it certainly doesn’t seem to have been on the skeleton of a stand that currently sits along one of the touchlines at Sixfields.

Meanwhile, Northampton Town Football Club – which, due to the convoluted nature of the structures under which all of these arrangements had come to pass, has no assets of its own – was put up for sale, and in May of this year it was announced that an anonymous consortium of Indian businessmen were interested in purchasing the club. As time wore on, however, nothing came of this deal, and indeed during the summer it came to light that one of the individuals that may have been linked with it was one Ravi Kiran Rach, a North London based businessmen, against whom various unsavoury allegations had been made in the past.

Both club and council officials have reportedly met with these businessmen, but their identity remained a secret. For some reason, this “anonymity” trumped the growing concerns of supporters. It ended up an irrelevance, anyway. Earlier this week, David Cardoza announced that any deal that may have been in place was off, while a statement from the consortium stated that, “during the process of due diligence, which is integral to any business deal, it became apparent that there were a number of complications surrounding the proposed acquisition.” It had been estimated that it might cost as much as £18m just to get the loans paid off and the club back on an even keel, before it could even look at investing in the club to try and move it forward. If we assume that their motives are or were benign, that is a ridiculously large amount of money to expect anybody to have to put into a League Two football club, just to bring everything into order.

On the 25th September, Northampton Borough Council ran out of patience with the club. With the last two repayments against the loan not having been paid, County Developments (Northampton Ltd) facing a winding-up order and First Land Ltd now in administration with vast liabilities, this is hardly surprising. Indeed, perhaps the only real surprise is that the council didn’t jump on this sooner. The club was given twenty-one days to pay the loan back, but as of this morning the council confirmed that it had received no firm offer from the club to do so, even though Cardoza, for whom the definition of the word “deadline” doesn’t seem have been fully grasped, stated today that, “We are putting proposals to Northampton borough council regarding the repayment of the loan which we hope will prove satisfactory to them and that process is ongoing as we speak.”

As if this wasn’t enough to contend with, the club has also been issued with a winding up order by HMRC over an unpaid tax bill that is said to run to five figures. Cardoza claimed today that the club had, “put a proposal to HMRC late on Wednesday to head off these proceedings” which was, “too late to prevent the proceedings being published” and that the club expects this matter to be resolved by next week. Northampton Town supporters may well being forgiven replying to this by stating that they’ll believe it when they say it. We shall see, but it is notable that the least bad thing that seems to be going on off the pitch at Sixfields is a winding up order having been issued against the club. It doesn’t say much about those running the club at present, for sure.

The only thing that we can say with any certainty is that Northampton Town’s future is shrouded in an extremely troubling uncertainty at the moment. How, exactly, is the club going to repay a £10.25m bill whilst resident in League Two? It had to borrow that money in the first place because it didn’t have it, and the whereabouts of the money that was drawn down aren’t exactly obvious. There is a chance that the club will take a gamble on trying to play the card of somehow painting the council as the villains of this piece – abusing local authorities is a tried and tested hallmark of football clubs seeking to divert attention away from their own shortcomings – but it doesn’t feel as if this will wash with the club’s support.

There seem to be too many secrets, too many questions that haven’t been satisfactorily answered, and too much convolution for those currently running the show to remain in their position with any credibility. As we’ve seen before elsewhere before, though, a lack of credibility is seldom sufficient to bring about regime change. As such, perhaps administration and sale of the club might prove to be an alternative that will offer a fresh start as well as hopefully shedding some light on what on earth has been going on at the club over the last two or three years or so. It’s time the supporters of the club were told the truth about a wholly unsatisfactory state of affairs.

The 200% Podcast 28: Rebranding The Football League 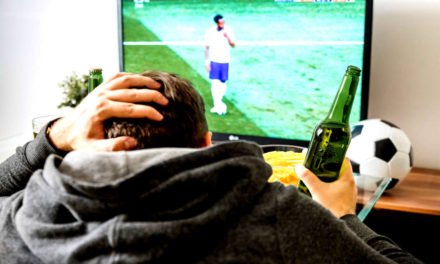 The Rise of the Premier League: Rising Above Expectations

Why We Deserve Better Than Alan Green