Its getting to the point where Pompey fans are wondering if there is some kind of Karmic force coming to a head in the City. Something to do with all those Crusaders who set sail from there back in the middle ages perhaps? Because the tally of owners of ill-repute the club has had over the last 20 years is growing to epic proportions. One favourite game on messageboards at the moment, among the black humour and straw-clutching aphorisms, is ‘spot the last honest owner we had.’

There is currently a European Union Arrest Warrant out for the Chairman of PFC, Vladimir Antonov. He is wanted for interview in regard to the insolvency of his Snoras Bank in Lithuania and its subsidiary in Latvia, Latvijas Krabjanka. It seems that there is a serious shortfall of funds in both banks, believed to be between £300m and £800m. The Latvians describe an ‘unexpected outflow of funds’ over two days this week after the Lithuanian Snoras bank was put into involuntary administration and wisely suspended all financial operations. Funnily enough it was ‘significant outflow’ of cash from the Lithuanian Snoras that triggered the investigation that led to administration. The arrest warrant lists Antonov and his business partner, Raimundas Baranauskas, as suspects in regard to alleged ‘fraudulent accounting, forgery of documents, abuse of authority, misappropriation of property, money laundering and other criminal offences committed by the bank Snoras.’  There is talk of seizing their assets, both in Lithuania and abroad. Antonov and Baranauskas appear to have surrendered their passports in London and Mr Antonov is said to be under arrest. Baranauskas talks of seeking asylum in the UK.

Antonov has a history of difficulties in the banking sector; although he appears to have started with much good fortune in 1999, purchasing the failed Russian Bank Akademkhimbank (ACH). This he says he acquired in exchange for settling its debts with money that was a bonus paid to him by his then employers for selling out their Government Bonds just before their value collapsed. ACH became the foundation of the Convers Group of companies of which Antonov is identified as the beneficial owner. There are some suggestions that ACH had a troubled history, including allegations of money laundering, during which Antonov was involved in a number of business battles with Russian banking officials, especially over the attempted purchase of Inturbank. While the acquisition was being finalised, Inturbank’s license was revoked by the government. Antonov finally acquired the bank but it has been suggested that this deal may be the root of more recent difficulties due, Antonov says, to soured relationships with one particular Russian banking official. Antonov’s partner has said of the recent problems at Snoras, ‘My partner is Russian and I think that these actions first and foremost target Antonov to destroy him and his business.’ There is no record of why this official was so against Antonov.

By 2003, after another difficult series of negotiations, Antonov was in a position to acquire the Russian Conversbank, a bank whose main asset was its banking licence. This licence opened up possibilities of trading abroad and in foreign currencies. From that position he was able to buy Snoras and Latvijas Krabjanka. In 2007 Bankas Snoras bought PointonYork, a Leicester company with a UK banking licence. However, investigations by the FSA in the UK felt that they could not grant Snoras permission to establish a UK branch. In defending its decision the FSA said they felt that ‘the bank would be unable to cooperate with the FSA in ‘an open and constructive manner,’  because it repeatedly gave ‘misleading and incomplete’ answers to the regulator. Antonov is quoted as saying, ‘I think the problem is that Snoras belongs to a Russian citizen.’ He claims that the banking crisis played a role in their decision not to press the issue with the FSA.

Investbank (Russia)has been a major asset of Convers Group and contains CJSC Conversbank,OJSC Grankombank, OJSC Voronezhprombank, Moscow Bank of Savings and Credit, Enisey bank(Krasnoyarsk), and Baikalinvestbank (Irkutsk), although these appear to have been sold off in March this year.  Antonov also owns banks in Panama, Banco Transatlantico, and the Commonwealth ofDominica, Griffon Bank.

Antonov has other business interests including an on/off financial interest in Saab. Antonov appears to have been trying for some time to sink some money into the cash-strapped business – first through the acquisition of its sports arm Spyker then through a takeover bid for the main company. It seems he has been thwarted in this respect although he was said to be ‘still in the wings’ before the Lithuanian matter flared up. Spyker now belongs  to the private equity firm of racing car enthusiast Alex Mascioli who paid about 32 million euros ($44 million) which was used to pay down Saab’s debt.

Antonov’s attempt to take over Saab was held up by the allegations about his links to organised crime and his various banking ‘difficulties.’ The biggest issue raised was events surrounding the assassination attempt on him and his father, allegedly by a group of Chechen Mafia in 2008. Alexander Antonov was left an invalid by the attack. There are mixed stories about this attack, one of which that it was an attempt to prevent Antonov giving evidence in a money laundering trial, another that it was due to a hostile takeover bid for Convers Group being thwarted. It is said it was as a result of this attack that the Antonovs left Russia, any visits now being under government protection. Despite being approved as an investor by Sweden’s National Debt Office Antonov  was unable to take ownership of Saab due to the influence of General Motors and FBI reports. Ultimately the The European Investment Bank made a loan to Saab on condition Antonov did not take over. However, recent reports suggest he is an indirect financier of the company having provided loans of at least 800 million kronor ($116 million) to Saab CEO Victor Muller’s company which is a major shareholder in Saab’s parent company Swedish Automobile.

All in all a fraught financial history, and one shrouded in a great deal of confusion. No doubt there is more to come. One thing that is certain is that a lot of Latvian and Lithuanian investors have lost out, including ordinary people. The root cause of this is yet to be discovered. There is likely to be considerable knock on to a number of businesses under the Convers umbrella, including Convers Sport Initiative (UK).

Since June this year, Convers Sport Initiative has owned 100% of Portsmouth Football club. Mr Antonov holds 75% of those shares, his partner Roman Dubov 20% and Chris Akers (of Leeds United fame) 5%. On the whole they have run the club prudently if not excitingly so far. They have said ‘Snoras Bank has never provided funding for the purchase of a CSI organisation, nor has it lent any money to these businesses after they have been acquired.’ CSI is funded through the personal wealth of its owners. Interestingly Mr Antonov has been completely expunged from their website. Until a few days ago he was listed as the majority shareholder and his photograph was on the ‘structure’ page – it is there no longer. However he is still listed as the Chairman of Portsmouth Football Club.

So where does this leave Portsmouth Football Club? In a state of flux is the best we can say. Mr Lampitt, the club CEO, the man who told us CSI was ‘the real deal,’ has not been available for comment. There is no obvious statement on the club website. If CSI are funded by the shareholders’ wealth and 75% of that wealth is unavailable currently then Pompey fans are left wondering about the fate of our parent company and consequently what the fate of our battered and abused club might be down the line. The Football League is monitoring the situation. Which is nice to know seeing as the FL passed Antonov through the Fit and Proper Owners and Directors test. No doubt they will do something next January. It took the Premier League from November 09 to January 10 to realise they had to do something for us under the serially absent Ali Al Faraj and his dysfunctional consortium.

Of course, there is no knowing whether Mr Antonov is villain or victim in all of this at the moment. Harsh though it sounds, that really isn’t the point. The point is this: how on earth could anyone think that a man with so many question marks over him  was a suitable owner for Portsmouth Football Club? A man over whom the FSA, the FBI and the European Investment Bank hold severe reservations. It took Arcady Gaydamak, father of our last Russian owner over 6 years to deal with charges against him and still there is a money laundering charge to face from 2006. In that time Pompey have been in administration and out again. The club is still reeling from the aftershock. Portsmouth Football Club needs stability, not a long term wait whilst our credibility is dragged through the mud yet again and we become even more of a byword for all that is rotten in the world of private ownership of English Football clubs. The unethical use of our clubs by businessmen out for their own ends has been a recurring theme this last year or more. Yet the Football Authorities continue to hide from the realities of the ride to the devil that the game is on. The biggest laugh for me is that Pompey’s CEO used to be head of integrity at the Football Association.

The Pompey Supporters Trust will not let this go and are gathering information and preparing to ask the awkward questions that the football authorities have to face. It is vital that the FA act now and hold urgent talks with CSI in order to seek guarantees that Mr Antonov’s current situation will have no effect on PFC. At the very least Mr Antonov needs to be suspended from all involvement with the club until his affairs are settled. This is not a matter of presuming guilt or innocence but of protecting the club.

Meanwhile, be warned. General Wolfe wrote to his mother in 1758, ‘The necessity of living in the midst of the diabolical citizens of Portsmouth is a real and unavoidable calamity. It is a doubt to me if there is such another collection of demons upon the whole earth.” Nothing has changed much since then. We still have the placards and question marks from the last confrontation with unfit owners. This is not the time for club and football authorities to deliver bland statements telling us not to worry. Its too late for that. This is our club and there is a ‘diabolical collection of demons’ determined to make that clear to anyone who threatens its existence.

An Open Letter To The Owners Of Chester City FC 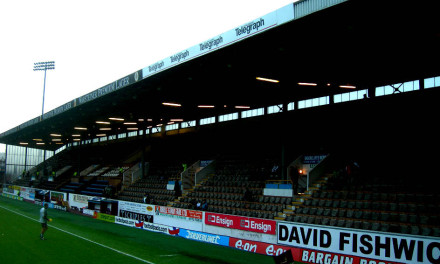 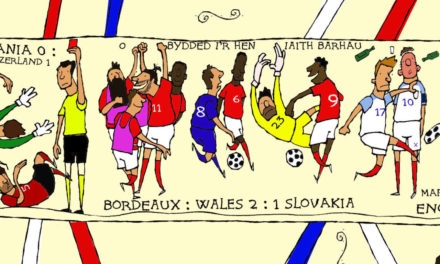