He’d been hanging on for so long that it was beginning to feel asa though it might never happen, but today Alan Pardew was finally bounced out of Selhurst Park at the end of a run that blew last season apart for Crystal Palace and has seen this year’s campaign turn into a battle of attrition against relegation from the Premier League. Palace have had about as dismal a calendar year as it’s possible to have. Even though the club reached its first FA Cup final in more than a quarter of a century, Pardew was only able to collect twenty-eight points from his last thirty-eight league matches in charge of the club, fewer than they managed in either of their two previous relegation seasons. And appearances at Wembley, it might be argued, are only of much value if your team ends up on the winning side.

Should he have any remaining defenders, they may seek consolation from the fact that his last two defeats came against Chelsea and Manchester United. The most recent set of problems that the club’s supporters have had to endure over recent weeks, however, have been largely related to a defence with the characteristics of a colander. Since the middle of October, Palace have conceded three goals against Leicester City, Burnley and Hull City, and five against Swansea City. This is modest opposition, and conceding fourteen goals against them in the space of a couple of monthsn is clearly a significant problem should the club wish to retain its Premier League status beyond the end of this season. Pardew is a divisive personality, and many will have been willing him out of a job for some considerable time on the basis of this alone, but there have been clear practical reasons of late for this relationship to come to an end. This hasn’t been good enough, and relegation from the Premier League is an expensive business that Crystal Palace probably cannot afford.

And as if by magic, a very, very familiar name is waiting in the sidelines to step in and save the day. It’s been longer since Sam Allardyce was sacked as the England manager than he spent in the job, and ego, it would appear, is set to land at Selhurst Park very shortly. But few will likely mock the return of Allardyce to the Premier League at this club, at this time. He built his reputation as a scrapper and a fixer, a man who can walk into a club, sweep a broom through it, and convert teams that had hitherto played as though afraid of their own shadows into teams capable of avoiding the drop. He did it repeatedly at Bolton Wanderers. He did it at Blackburn Rovers. He did it at West Ham United. And he did it at at Sunderland. At the time of writing, Crystal Palace are in seventeenth place in the Premier League table, a single, solitary point and place above the relegation places. The owners of the club will be hoping, more than anything else in the world, that this track record will continue with this apppointment.

No matter how much Alan Pardew is mocked by the supporters of other clubs, however – and there is a case to be made that at least some of this mockery was thoroughly well-deserved – his departure from Crystal Palace will likely be a bittersweet moment for some, if not many, of the club’s supporters. Pardew had been playing non-league football for seven years when he was signed by the club from Yeovil Town for £7,500 in 1987. He was a part of the Palace team that won promotion back to the top flight in 1989 after a decade of almost a decade. He was a part of the team that achieved its highest ever league finish, third place in the top flight, at the end of the 1990/91 season. And, of course, he was the somewhat unlikely scorer of one of the most memorable goals in the entire history of the club – the winning goal in their thrilling four-three win against Liverpool in the 1990 FA Cup semi-final at Villa Park. Neutrals may not have liked him very much, and many Newcastle United supporters came to despise him, but the supporters of Crystal Palace may well be forgiven keeping a little place for him in their hearts, in spite of everything that makes that makes this feel so counterintuitive to the rest of us.

You can support independent football writing on Twohundredpercent by subscribing with us on Patreon. Further details are availableby clicking here.

The Decline of Aston Villa: A Personal Perspective 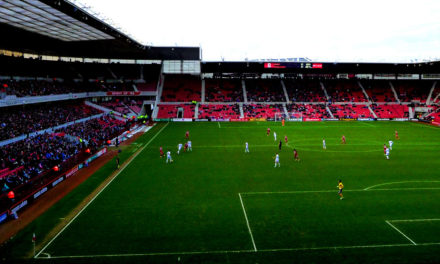