Earlier this week saw the twentieth anniversary of Yeovil Town’s move from The Huish, their famously sloping home since 1928, to the brand new Huish Park stadium. In the intervening two decades much has changed and, for Yeovil Town, this has meant moving into the Football League and establishing themselves in League One. There doesn’t, however, seem to be much of an atmosphere of celebration at this anniversary in Somerset, though, with Yeovil supporters becoming concerned at the behaviour of the club’s chairman, John Fry. There are now five registered companies associated with the club but, over the course of this summer and shareholders in the club are now being asked to vote for that most troubling of notions – the separation of the club from ownership of its own ground.

The first inkling of what was going on at the club was released to the local newspaper, the Western Gazette, at the start of June with a statement crammed full of what can only be described as “marketing bullshit”. Fry’s public statement on the subject deserves to be reproduced in full:

Our aim is to create a Yeovil Town holding company which will enable the directors to focus specifically on the development of our football and Huish Park assets and facilitate the enhancement of our brand. The recent and current economic climate has made it considerably more challenging to secure the necessary interest in any potential club developments, and the professional advice received has indicated that it will be significantly easier to attract the appropriate investment if our property assets are separated from the football club.

If we get past the, cough, “facilitation of the enhancement of the brand” for a moment, the end of that statement makes for very interesting reading. “Professional advice” may well have “indicated that it will be significantly easier to attract the appropriate investment if our property assets are separated from the football club”, but such statements aren’t worth a bean unless they explain how or why this should be so. It can make sense for businesses to split their assets, particularly if, say, a company has two businesses, one of which is having difficulties and another which trades successfully but could be put at risk by the collapse of the other. In cases such as this, however, Huish Park should seem to be inextricably linked to the well-being of Yeovil Town FC.

Other clubs – Crystal Palace, Bournemouth, Stockport County, Rotherham United and Weymouth spring immediately to mind – have all done this varying degrees of disaster ensuing, but it would be unfair to immediately immediately cast Fry (and the other effective co-owner the club, Norman Hayward – the pair own 92% of shares between them) of anything nefarious. It has, however, been suggested in more than one quarter that the fact that South Somerset District Council is interested in spending £20m on a “Sportzone” in the town may well be the motivating factor behind such a transfer of assets. For now, though, the public face of the move seems to be using this sort of transfer of assets as beneficial because other clubs have followed this route:

“In recommending this action to our shareholders we are emulating a similar process to that already taken by a number of other football clubs who have sought to maintain the integrity of their assets. Realising the development potential of the site at Huish Park is absolutely essential for the club to generate new income streams to maintain its financial viability and become a force in League One. We need to attract the right investment partners and as part of this process we are now asking our shareholders to endorse and support the restructuring proposals.”

The feeling of suspicion surrounding what the motives of Fry and Hayward are amongst supporters has been further intensified over the last few weeks by several different factors, not least of which is the wall of silence that those calling for more clarity over the matter are facing. The Guardian’s Matt Scott (whose outstanding work in unravelling the truth behind the Notts County takeover last year pushed the true identity of those behind it out into the open) has also been trying to been trying to get to the bottom of it, but has been similarly blanked by the club. As he rightly points out, Fry and Hayward don’t have to answer to anybody – the vote is certain to go in favour of the proposal because of the fact that Fry and Hayward hold such an overwhelming majority of the shares – but the issues relating to, for example, whether Yeovil Town Football Club will be paying rent, effectively, to Fry and Hayward to continue playing at Huish Park and what valuation has been put upon the land that would be transferred out of the club’s name are serious ones, and it is entirely understandable that supporters are starting to fear the worst about their intentions.

Scott did at least get to the bottom of who the advisors were – the York-based solicitors Denison Till, and their Andrew Lindsay, has lodged a spirited defence of Fry and Hayward, stating that “These guys only want a better stadium and better facilities for Yeovil”, and that “they’re potty for the club and want it to do well”. None of this, however, explains why Fry and Hayward are transferring the club’s ground – its biggest saleable asset – into a separate company owned by themselves. Meanwhile, the Yeovil Town fan-site Ciderspace has pointed to the club’s “Customer Charter”, which Fry and Hayward seem to be in clear contravention of:

The Club consults supporters on a regular basis through public meetings organised by The Supporter Liaison Officer with all information being fed back through the Clubs Official Internet Site and Match Day Programme.

The Club publicises its position on major policy issues in a user friendly manner via the clubs Matchday Programme, specialist publications and the Clubs Official Internet Site.

The Club has and will continue to develop ways of consulting with shareholders, sponsors, season ticket holders and other interested parties.

No matter how much Yeovil supporters want to believe that the action currently being taken by directors of their club is being done for its long-term well-being, the silence coming from the club only fuels the belief that nothing good will come of this situation. The truth of the matter is that the club has nothing to dissuade anybody of this opinion and they have had plenty of time to do so. What, though, can supporters of the club do about this? Protesting against it may seem futile in view of the nature of the forthcoming vote, but what alternative do they have? Well, the only alternative is to sit back, keep their fingers crossed and hope that whatever happens turns out in some way to be to the benefit of the club and that it doesn’t cost it its long-term stability, and if the club itself wants to avoid that scenario, it would be best advised to start being a little more open with its supporters. At the moment, it feels as if the club itself doesn’t care, and the only people that can put that right are Hayward and Fry themselves. 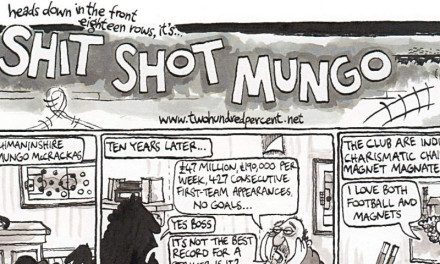 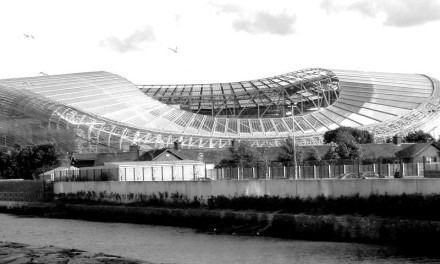