Wrexham FC: Sold Down The River?

That it wasn’t a great surprise doesn’t mean that it wasn’t a disappointment. Geoff Moss, the owner of Wrexham FC, had the chance to do the right thing just the once before handing over ownership of the club to someone else, and he couldn’t even manage to do that in the form of handing ownership of the club to the Wrexham Supporters Trust, preferring instead to hand it over to a group of individuals with no prior interest in Wrexham FC, one of whom is also banned from acting as a company director until 2018 and was as recently as the end of last year was struck off the Solicitors Roll as well. Ironically, notice of this appeared in the Law Gazette (the weekly trade magazine for the British legal profession) at the end of last week.

The charm offensive began last night, with interviews for the public face of the consortium, Jon Harris, on the BBC’s Wales Today, ITV’s Wales Tonight and BBC London’s Non-League Show. Harris claims that the banned director, Colin Poole, will only be a “consultant” to his take-over but, significantly, he didn’t state the source of the funding for the take-over, although he did categorically state that Stephen Vaughan, the rogue former owner of Barrow, Chester City and Widnes Viking RFLC, will not be involved in investing in the club now or in the future. Harris did, however, say that had Vaughan has “done some good in football”, which will be news to the supporters of Barrow (where he transferred the club’s Holker Street ground into the name of one of his own companies), Chester City (where the club folded during the middle of the season on his watch) or Widnes Vikings RFLC (where he committed carousel fraud that earned him an eleven year ban from acting as a company director). Of course, the truth of the matter is that there is little way of knowing, especially at this early stage, whether Harris is telling the truth regarding Vaughan’s involvement.

Even taking Vaughan out of the question, there are serious questions to be raised over whoever it is that is involved in the Harris-fronted take-over. Harris was reasonably explicit over the fact that he would be being consulted by Colin Poole, and Poole is a man with a history of his own. His involvement in Claims Direct ended in a twelve year ban from acting as company director and in his being struck off the roll as a solicitor, and this has raised concerns to the extent that the Member of Parliament for Wrexham, Ian Lucas, has already stated that he is to raise his concerns on the matter to the Business Secretary, Vince Cable. It is, therefore, in view of today’s news, worth taking a look at what happened while Poole was at Claims Direct.

Poole was the Chief Executive of Claims Direct, a claims management company (or, to use common parlance, “ambulance chaser”), when the company was floated on the stock market in 2000. He is reported to have made £10m from the floatation (the company floated at 180p per share), but within months it was said to be in serious difficulties, and it was forced to issue three profit warnings as the Department for Trade and Industry and the Financial Services Authority launched an investigation into its business practices. Poole and Tony Sullman, the chairman of the company, then offered 10p per share in a take-over bid in 2001 as media criticism of the company grew in a take-over bid that other board members described at the time as “deeply cynical”. Sullman and Poole sold their share-holding in the company again, to a private investor, Simon Ware-Lane, in 2002, but the company was in serious trouble by this point. Its shares were suspended on the stock market in July 2002 with the value of the shares at 3.25p (valuing the company at just £6.4m), and it fell into adminstrative receivership shortly afterwards.

The collapse of the company didn’t prevent the investigation into the behaviour of Sullman and Poole while they were at the company from going ahead, though, and, in 2004, disqualification proceedings were brought against them by the DTI which led to a twelve year ban from acting as a company director from April 2006 for Poole. His conduct there had also landed him in hot water with the Solicitors Regulation Authority, and the case for his striking off, heard jointly with that of one Jake Paul Charles Bennett, was heard between October and December of last year. Full details of the hearing are available on the Solicitors Regulation Authority’s website, but the allegations against them jointly included that they had, “Acted in a deceitful way and in a manner contrary to their position as solicitors”, “Falsely represented fees as disbursements on conveyancing transactions in the form of bank charges for telegraphic transfers and, in so doing, derived a secret profit” and “Acted dishonestly or, in the alternative, recklessly”.

Amongst the allegations made against Poole alone were that he had, “Transferred monies from client account to office account in respect of fees to which he had not been entitled”, “Failed to provide material and relevant information to the public in advance of the flotation of Claims Direct” and, “Made misleading statements to the media and/or claimants”. A total of twenty-one allegations were made against Poole and Bennett, of which only three applied to Bennett alone. The tribunal’s conclusion regarding Poole’s conduct was about as damning as things can get for a solicitor:

In the light of its findings as to dishonesty, the Tribunal considered that in order to maintain the reputation of the Profession in which probity and honesty were paramount, the appropriate penalty was that the First Respondent be struck off the Roll of Solicitors and it so ordered.

The timing of the announcement may have been significant, coming as it did a day before a scheduled WST meeting at the William Aston Hall at Glyndwr University. This meeting goes ahead, and it is absolutely critical that as many Wrexham supporters turn up to this meeting as possible. The stakes now are too high for them not to. Harris has offered a 25% share-holding in the club to the WST, but it is not known at the time of writing what the conditions attached to this will be. We know that the Harris consortium is to buy the club’s Colliers Park training ground but, at present, there is nothing concrete in place for the purchase of The Racecourse Ground. Considering the amount of money that Wrexham FC was said to be losing last year, any share-holding in a football club the size of Wrexham without its biggest single asset could easily realistically be described as being of very little hard monetary value. Everybody knows that the WST has £400,000 in the bank and in excess of £200,000 pledged to it. It would seem unrealistic to suggest that 25% of what Harris is believed to have agreed the sale of is worth in excess of £600,000, but the ultimate decision regarding whatever the offer is lies with the WST membership itself.

In the meantime, Harris still has questions to answer. Why, of all the people with experience of working in football in this country, did he instinctively head for Colin Poole as a consultant? It emerged last night that, in the club’s last published accounts, Poole was shown to still have a share-holding – albeit a small one – in Shrewsbury Town. Is this to be disposed of? Then there is the matter of financing it all. Wrexham Football Club has been losing money hand over fist for the last few months. Who is financing his take-over, and what cost-cutting measures will be put in place to prevent a repeat of the winding up order that was issued against the club by HMRC? If there is no cost-cutting immediately planned, who is going to underwrite the club’s losses? There is no doubt that the club has been running an unsustainable level of debt in recent times and, unless an axe is taken to the club’s expenditure, a repeat of the frantic scrabbling around to pay off the tax bill that came at the end of last month seem inevitable.

Ultimately, something doesn’t smell right about this take-over of the club and Harris should take heed of the fact that he is undoubtedly being watched very closely from all angles. That his links to Poole have already raised questions from the local MP is something that should concern both him and the supporters of the club. He has got off on the wrong foot at Wrexham with the very existence of his bid and may never earn the trust of the club’s supporters. This, it could be argued, is an inevitable effect of the company that he has chosen to keep. What, one might reasonably ask, is in it for him? After all, there is a proportion of supporters of the club who are exceptionally angry about this decision and the are likely to make his life very uncomfortable indeed. There are a number of football clubs in that part of the world that might have welcomed his involvement, so the question of “Why Wrexham?” is a valid one, and cannot be answered merely with trite responses about “being a fan” or “football being in his blood”. Ultimately, he has chosen to get involved at this club and, while we don’t know what the potential rewards for him might be, we can say with a degree of certainty that he can expect a rough ride, to say the least. The battle for the future of Wrexham Football Club isn’t over yet. 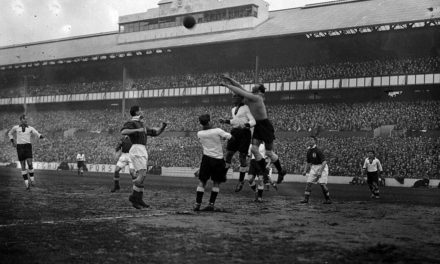 England vs Germany: Ten… Other Matches