“He’s just thrown it in the net,” noted BBC Scotland match analyst Kevin Gallacher. Twice he said it. In a match which had been newsworthy in its build-up because of claims it had attracted the attention of match-fixers. That’s it, Kev. You calm the waters. If the fix was in on Nigeria’s World Cup warm-up friendly against Scotland at Fulham’s Craven Cottage, why did Nigerian goalkeeper Austin Ejide so convincingly claim he was being fouled as he threw Shaun Maloney’s corner into the net? And if the fix was in, then why wasn’t at least as much attention paid to Scotland’s borderline-slapstick defending for Nigeria’s 90th-minute equaliser, especially as they had been a largely formidable rearguard to that point?

Maybe the fix was in on the time of Scotland captain Scott Brown’s inevitable booking – who would have put money on the 87th minute? Had there been a sweepstake, would it have been worth printing any tickets higher than 50? Or was there some form of spread betting on the wide spread (sorry) of Nigeria’s shooting? The African champions had about a dozen shots off target which were a combined total of about a mile high and/or wide of their scheduled destination, Gallacher’s fair comment about one shot heading for “Kensington High Street,” showing an impressive, or impressively-researched, knowledge of West London geography. But if the fix was in, it did nothing at all to spoil the occasion, atmosphere and footballing spectacle on show. And it didn’t stop both sides “taking some positives” into the forthcoming challenges they face.

The “Super Eagles” have been regular recent visitors to London – and Fulham in particular. But it was still pushing it a bit for the BBC’s Liam McLeod to suggest that Scotland were on course for a “fourth consecutive away win for the first time since 1951” as they led 2-1 with stoppage-time looming. It was tempting fate too, as Nigeria equalised within twelve seconds. It didn’t sound much like a modern Scotland home game, admittedly. The “new” Hampden has struggled for atmosphere on international nights, and only partly because of the dross served up by recent Scotland sides. At the Cottage, though, “Flower of Scotland” got thunderous, repeated renditions, as the expected Tartan Army of “over 10,000” fully materialised in full voice.

There was plenty of kilted and odd behaviour to keep the BBC producers and cameramen busy. One fan devoured his chips with a gusto and physical…er…”presence” which didn’t leave you wondering where he “put it all.” A yellow-shirted Scot with a front-row seat appeared to be trying to put a curse on one Nigerian taking a throw-in; he nearly managed it, too, as the nearby steward took a good few seconds to shake off the disbelief at what he was seeing before daring to intervene. By contrast, Celtic’s Nigerian defender Efe Ambrose seemed to enjoy the “banter” directed at him in the same part of the pitch. And Scottish fans had the good taste not to be decked out in their team’s puzzling new second kit, which the team wore for puzzling reasons (no danger of a colour clash between Scotland’s traditional blue and Nigeria’s traditional green). “The Rosemary colour’s come back,” noted McLeod, singularly failing to solve the puzzle.

They certainly made more noise overall than the Nigerian fans, who reserved their biggest cheers for the occasional glimpses of outrageous skill, regardless of where this was on the pitch and how little practical effect it had on the overall flow of the game. One back-heel prompted a lengthy passing move to the accompaniment of the Nigerian fans’ version of “Ole” which, to the untrained ear, sounded like “aaaaayyyyuuuhh!” All for a move which failed to leave the Nigerians’ own half. The Nigerian brass section, which amounted to only two trumpets if the BBC pictures were an accurate guide, kept going for a joyously rhythmical 90 minutes, though. No chance of “The Great Escape” from those lads, even after their team’s late leveller.

The football didn’t fall far short of the off-field flamboyance. In fact, Scotland’s display was described as “vibrant” in the Scotsman newspaper and no-one laughed. If anyone doubted the team’s reviving sense of belief under manager Gordon Strachan before Wednesday, they’ll have fewer doubts now. Curiously, given that just about every nation is playing every other nation in a veritable smorgasbord of World Cup warm-ups (Moldova v Canada, anybody?), Scotland won’t play again until they visit Dortmund for a Euro 2016 qualifier on September 7th, which seems a far-from-ideal preparation for such a daunting task.

Mind you, the BBC Scotland presenter Rob Maclean was so convinced by the team’s first 45 minutes that he was preparing the ground for a victory against the Germans, with surprisingly-erudite pundit Kris Boyd having to supply an urgent “don’t know about that, Rob” before things got out of hand altogether. Nigeria’s warm-up requirements are more immediate – and were, of course, the point of the game, even if it took BBC Scotland until just after kick-off to remind viewers that Nigeria were in Brazil.  Coach Stephen Keshi, whose two-and-a-half years in the role – with only one, brief resignation after their African Cup of Nations victory in 2013 – is long-service gratuity territory, needs to cut his squad from 30 to 23 before the finals. And the first-half probably made that job easier.

Scottish half-time optimism was also deflated by Pat Nevin’s reminder that they were only drawing 1-1 with “Nigeria’s reserves.” Keshi has made a well-received point of selecting domestically-based talent in his squads, including six of the 22 players he brought to Fulham –three of whom started. And his biggest experiment at Fulham appeared to be not to select a discernible left-back. Scotland’s impressive Ikechi Anya had to work hard down one flank. But I could have exploited the space down the other. Shola Ameobi, meanwhile, looked every inch the striker who has scored a goal every two blue moons for Newcastle in recent years.

Keshi made substitutions every few minutes in the third quarter. This greatly amused McLeod but disrupted the side’s rhythm less than the multiple substitutions which so often disfigure such games. That said, Nigeria only gradually made their improvements tell. And talk of Scotland victory was only a reflection of the balance of clear-cut chances for the first 80 minutes. Charlie Mulgrew’s back-flick for Scotland’s 10th-minute opener was a genuine stunner. And, naturally, if a foreign player had scored “a goal like that we’d be going on about it for years.” Nevin nominated “Gareth Bale or Neymar,” which would have left Cristiano Ronaldo in gargantuan pouty mood had he heard it. So…well done Pat.

One-each was a bit rough on Strachan’s men at half-time, the languid Michael Uchebo’s shot deflecting hard off Hanley, diverting it from Gallacher’s “Kensington High Street” into the centre of the goal four minutes before the break. So they deserved their luck in re-taking the lead seven minutes after it when Azubuike Egwuekwe applied a finish to Alan Hutton’s cross about which Ameobi could only dream.
Maloney had a goal disallowed on the hour, which rather pricked Gallacher’s sense of injustice as the Wigan man was offside but we were “only talking half-a-yard.” When Anya was similarly offside, Gallacher called it as “very, very close.” Hideously partisan and proud of it, Gallacher.

But Nigeria’s second goal was as much with the run of play as Scotland’s had been – goalkeeper Allan McGregor was their second half man-of-the-match much as Anya and Mulgrew shared the first-half plaudits. It took a couple of defensive howlers to let in Uche Nwofor for a pinpoint finish – Gordon Greer taking a mandatory eight count after slipping on a previously unheralded patch of penalty box ice as Hanley hesitated fatefully over a defensive clearance. But it was Nwofor’s third chance in about six minutes. Nevin noted afterwards that “at this level, every little mistake is punished.” Nwofor’s goal also proved that “at this level” every dirty great mistake gets punished too.

The game therefore had the upbeat finish it deserved, rather than the drift into nothingness of so many friendly internationals. Scotland fans were happy enough with both the draw and the team’s style to forget the awfulness of the kit – shots of the Tartan Army did not suggest that it is, yet, a big seller. And Nigeria fans, dance moves and brass section at full tilt, were just happy, making for the best atmosphere at Craven Cottage for years, probably since the Europa League run (Juventus, Shaktar Donetsk et al). Even the often taciturn Keshi seemed pleased enough. As I said, the game will have told him more about the seven players to drop than the 23 to bring…or how they will do in Brazil – none of the background noise at Craven Cottage was the sound of players such as midfielder Sunday Mbia or striker Emmanuel Emenike quaking in their boots.

Nigeria’s Brazil prospects were briefly touched upon in commentary, in-between paeans to Strachan’s Scotland. With the sort of in-depth analysis that makes the licence fee seem such a snip, McLeod and Gallacher spotted that “the biggest threat is Argentina” in a World Cup group also including Bosnia/Herzegovina and Iran. We were later informed too that Nigeria “will want to get qualification out of the way” before they play Argentina in their third game. For a moment, you almost hankered for the wit and wisdom of Andy Townsend. And please, if you should ever decide to quote me on that, do not, DO NOT, leave out “almost.” It is Republic of Ireland and Italy up next for Fulham’s international aficionados. Italy matched Scotland, by drawing two-each with Nigeria, on their last trip to Craven Cottage last November. While Ireland have regularly finished their seasons there in recent years and beat Oman 4-1 on their last visit, in September 2012 – a match that was as much of a humdinger as it sounds. 200% will be there on Saturday night to assess what England have to fear from the Italians in Brazil next month and what Gibraltar have to fear from Ireland in European Championship qualifying next season. I fear I might be writing more on the former than the latter. 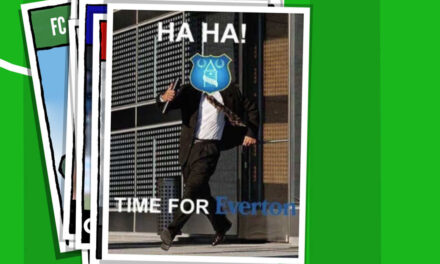 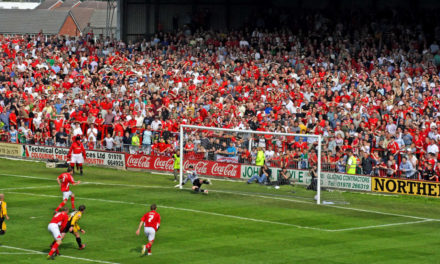 Where Burnley are Going Right, And Bolton Are Going Wrong