Considering that this is a country that has built its global manufacturing reputation on reliability, we were mostly prepared for it when it came. Four minutes and forty seconds into stoppage-time and with the scores tied at a goal apiece, Germany won a free-kick on the left-hand side of the Swedish penalty area. Marco Resu touched the ball to Toni Kroos, whose angled, curling shot bent around the Swedish goalkeeper Olsen and into the far corner of the net. The fact of the win shouldn’t paper over the shortcomings that Germany displayed throughout the previous ninety-four and a half minutes, but if the psychology of football is important, Germany are back.

It was hardly as though they hadn’t had the chances, but a lacklustre first-half performance saw Sweden goal in at the interval a goal to good after Ola Toivonen lifted the ball over Manuel Neuer and into an open goal after thirty-two minutes of the match had been played. They’d been matching Germany tote-to-toe for the previous half hour, and by the half-time whistle blew were good value for their lead. Around the globe was audible the sound of obituaries being written for Joachim Löw and his labouriously developed system, which spent most of the decade between 2004 and 2014 building the team that won the last World Cup.

Against Mexico in their opening match, however, they’d been surprisingly sluggish, slow to react to Mexico’s high tempo, hit ’em on the break style of play. Against Sweden, we saw more of the same. Their opponents were excellent value for their half-time lead. They were unlucky not to be given a penalty kick for what looked like a foul on Berg by Jerome Boateng and created other chances besides. Germany, for their part, could manage little more than huffing and puffing in return.

Two and a half minutes into the second half, however, parity was finally achieved. There was nothing spectacular about this goal, a low cross from the left which bounced in off the knee of Reus, but it did threaten to open the floodgates. Sweden appeared rattled by conceding so soon after the interval. The shape and discipline which had got them fairly comfortably through the first half suddenly disappeared and Germany, who needed the win considerably more than their opponents did, poutred forward in search of a winning goal. For all the talk of the inevitability of a German winning goal, it felt as though the Swedish goal was leading a charmed life.

With eight minutes to play, it looked as though the stars were aligning. Boateng had already received a yellow card when he had a chop at Berg, and although it felt like it took an age for the referee to proffer a second one, to do so was the right decision and the defender left the pitch. Germany threw the whole kit and caboodle at a winning goal. With two minutes to play, Olsen made a stunning point blank save from Mario Gomez’s close range header. Four minutes later and already deep into stoppage-time, Brandt rattled the post. Each of these felt like a final act as Germany lurched into their final match, but then Kroos stepped up and rescued Germany, who will now almost certainly win the World Cup.

The other match in this group turned into a two-one win for the pre-match favourites to win it, but Mexico and South Korea played out a very different match to that which we saw in the evening. A first half penalty kick from Carlos Alberto Vela had given Mexico a half-time lead that the balance of play certainly seemed to justify, and a second goal from Javier Hernandez midway through the second half put the game beyond South Korea, even after Son Heung-min pulled a goal back for them with three minutes left to play. This match lacked the late intensity of the Germany vs Sweden match and Mexico were good value for their win.

The permutations of the final round of group matches is perplexing. Mexico need a point from their final match against Sweden to guarantee their place in the next round, while South Korea are already just about out, although they go into their final match against Germany with a theoretical chance of qualifying should they beat Germany and other results also go their way. The big head to head looks as though it will be between the two sides who put us through such an epic match last night. Sweden need a better result from their match against Mexico than Germany get from their match against South Korea to qualify at Germany’s expense, but the mathematics of it all are dizzying.

It is, perhaps, one of the enduring mysteries of World Cup scheduling that Belgium’s match against Tunisia should have been played before either of these matches, with the other in the group to follow the next day, but perhaps this shouldn’t surprise us too much. The World Cup has long had these quirks, and in its own way its almost pleasing that they exist. Belgium had brushed past Panama in their opening match last week, and they did very much the same yesterday, sweeping five goals past Tunisia with the minimum of fuss. Two goals each from Romelu Lukaku and Eden Hazard sent an ominous warning that perhaps this squad of fabulously talented players is morphing into a similarly effective team, and Michy Batsuayi’s last minute fifth goal for them seems to leave them in pole position going into the final round of matches, no matter what England can manage against Panama this afternoon.

The small chink in the Belgian armoury remains that defence, though. England may have needed a ninety-first miute goal to edge past Tunisia last week, but they very seldom looked like conceding a goal from open play throughout the preceding ninety, whereas Belgium conceded two from open play against the same opposition. Englnd should get past Panama without too much fuss this afternoon – though history should teach us that these things are far from guaranteed, especially where England are concerned – and then go into their final match against Belgium needing a win to top the group, while Belgium will need a draw to do the same. If England need any less than this, they’ll have achieved something extraordinary against Panama today five goals behind Belgium on goal difference. If they need any more to qualify, then something will have gone amiss today and the vituperation will be so absolute as to render the Belgium match as a very public collective nervous breakdown. Such is the nature of England watching that either extreme or any stop inbetween feels completely plausible. 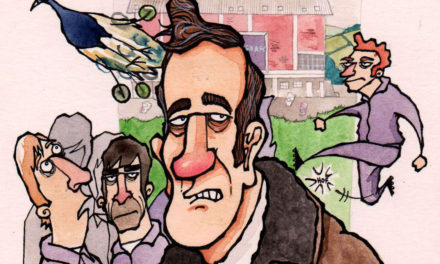