The 2019 Women’s World Cup: The United States of America vs Spain

The United States of America 2-1 Spain (After Extra Time)

It hasn’t been a terribly comfortable twenty-four hours for the favourites to win the 2019 Wome’s World Cup. Last night in Le Havre, France did just about enough for the third match in a row, eventually seeing off a spirited challenge from the veterans of Brazil in extra-time to secure a place in Friday night’s quarter-final, whilst yesterday afternoon in Reims the United States of America required two penalty kicks – one of which seemed at least somewhat dubious, to say the least – against a Spain side which put in a spirited performance in keeping with a tournament showing that has been stronger than many expected.

The assumption of coronation of the USA team as winners of this World Cup has been one of the ongoing themes of the last couple of weeks or so, but every performance they’ve put in so far has been slightly less impressive than the last. Spain are much-improved, of that there is no question, but they are still not one of the strongest teams in France (they’ve never been placed in the top ten of FIFA’s rankings) and the fact that the team couldn’t score a goal from open play – indeed, they barely mustered that much of a test of the Spanish goalkeeper Sandra Paños – will raise obvious further questions over whether the nature of their opening win over Thailand built expectations surrounding them to an unsustainable level.

Within five minutes, they had the first of their penalty kicks when Mapi León tripped Tobin Heath. After seven minutes – you all know the reason for this two minutes delay – Megan Rapinhoe converted the kick. That sense of the inevitable didn’t however, last for very long and it took Spain just two minutes to score what would turn out to be the only goal of the match to come from open play. It was a goal that came about as a result of, to put it bluntly, American defensive incompetence. There was no immediate danger present when Alyssa Naeher came out of goal to pass the ball to Becky Sauerbrunn, but Sauerbrunn didn’t seem to be paying full attention, had the ball nicked from under her feet by Lucia Garcia, who poked the ball through for Jenni Hermoso, who found it fairly straightforward to lift the ball over the now out of position Naeher to bring Spain level.

Neither goalkeeper nor defender particularly covered themselves in glory in this moment. Naeher had easier and more straightforward passes to make and played the ball to a defender who had someone tracking her, right in front of goal. Sauerbrunn, for her part, was slow to react and let down by a clumsy first touch. Hermoso’s finish, however, was superb. Thereafter, something in the US team stalled. Spain may well have been a technically limited side but they were nothing if not stubborn, and a lack of imagination in attacking position led to a broadly drab first half in which chances were few and far between. Those watching with a view to later rounds of the competition will have been struck by how shaky that American back line looks when it’s put under so much as the lightest of pressure. Three otr four times it creaked when required to do little more than clear the ball from a fairly straightforward and the suspicion remains that stronger attacking lines will be able to punish them unless they tighten up.

Little changed that much in the second half. The USA tried to batter their way through the Spanish defence, but showed little imagination and were reduced to shooting from invreasingly improbable angles in order to try and catch Spain out. The best chance of the first twenty minutes of the second half fell to Spain’s Patri Guijarro, whose low, curling shot drifted just wide of Naeher and wide of the post. Throughout this period, one started to wonder what, exactly, was going to change for the USA to assume the control over this match that one suspects they had previously considered their inalienable right.

With nineteen minutes to play we got our answer, when Spain’s Virginia Torrecilla found herself in the vicinity of Rose Lavelle. To say that contact was minimal would be overstating the amount of contact that was made and it took five minutes of watching the few seconds of footage from a myriad different angles and speeds before the confirming that yes, this heinous scythe of a tackle was worthy of a penalty kick that was highly likely to win the match (plot twist: it wasn’t, but was given anyway), and Rapinhoe, who had otherwise cut a pretty anonymous figure, converted the kick to give America the lead again. This time, Spain couldn’t offer a reply of any substance.

In their opening three matches the USA played two of the weakest teams in the entiire tournament and a Sweden team peppered with squad players. Small wonder they looked so impressive. Spain are little more than a middling, moderate team, yet even when faced with this two alarm threat the USA laboured, strong on physical strength but often devoid of imagination. They move on to a quarter-final showdown against France on Friday night in Paris. These two teams remain the clear favourites to win the competition, but confidence in that assessment is a little weaker after both teams’ relatively uninspiring second round performances. 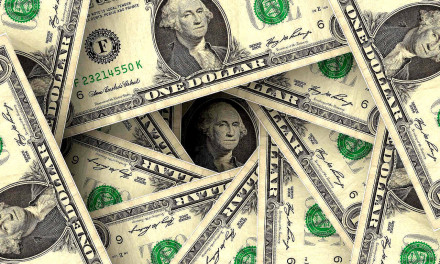