I’ve never been a fan of the Hawkeye referral system. I find the continual drive to eliminate human error from refereeing decisions in sport to be tiresome in the extreme anyway, but tennis Hawkeye has always drawn considerable ire on my part. It was great fun when Channel 4’s cricket coverage brought it to the wider public attention in the later 1990s, but then it was just as a series of toys to enliven and enrich TV broadcasts. I’m also willing to concede that its use for goal line technology in soccer has also been a welcome addition to the game: quick, unobtrusive and offering a solution to an age-old problem.

In tennis, however, it still feels clunky and awkward. The breaks in play, presumably in order to build SUSPENSE, are a continual bugbear, not least as a lot of players now use them as tactical mini-time outs rather than trying to address the potential effects of bad calls. Furthermore, I have always had a sneaking suspicion that courts which are Hawkeye-enabled represent a different challenge to those without. They are all slightly bigger as a result, by my reckoning: players can hit closer and closer to the line, safe in the knowledge that the Robotron can make calls that the human eye couldn’t possibly commit to.

However, over the years, you grow accustomed to it. The new realities and the new rhythms. In fact, I don’t imagine I’m alone in having started to take it all for granted. Which is just what the computers were expecting us to do…

This year, on a number of occasions there have been some Hawkeye decisions that I have thought seemed a little strange. To the eye the call Hawkeye gave seemed wrong, as did the players reactions during the point itself. You might argue that there are always allowable tolerances with this sort of technology and that any such computational errors will likely be evened out over the course of a tournament. But this would be to ignore the wider issue. Could this be the long anticipated and long feared Singularity, the moment when computers achieve their own consciousness and enslave the human race? Step 1: potentially nobble the result of a Grand Slam tennis tournament. Step 2 remains to be seen, but we can be sure that Step 3 will be The Enslavement of the Human Race. It will be like the scenes of Los Angeles 2029 in The Terminator. All of this because John McEnroe shouted at that man, that one time? Thanks a bunch, John.

However, at the moment humans are still (ostensibly at least) in charge of their own destiny and so yesterday was Ladies quarter final day. In the “open” half of the draw (“open” is the word that the media use when they want to say “weaker” or “rubbish” or “doomed” but daren’t, for fear alienating the competitors and losing future interview opportunities), Poland’s Aga Radwanska beat Madison Keys to set up a semi final with the Spanish player with a name like a technological innovation in a Seat motor car engine, Garbine Muguruza. Muguruza was the only one of the four semi finalists not to lose a set yesterday, overcoming Switzerland’s Timea Bacsinszky. This has been a remarkable tournament for Muguruza, never before a force on the grass courts but something seems to have clicked into place at just the right time. She is the first Spanish player to reach a Wimbledon Ladies semi final in 18 years and could yet go further still.

The other semi-final is rather more high-impact. Maria Sharapova managed to weather a storming second set comeback by this year’s dark horse, America’s Coco Vanderweghe, to win in three to set up a titanic duel with Serena Williams. Williams fought back from losing the first set to beat Victoria Azarenka, who had previously not lost a set during the tournament. Indeed, the shrieking Belarusian has had a quiet but effective tournament. The latter is a relief, as she comes back from injury. The former is virtually unbelievable, as Azarenka is one of the players on the ATP Tour that one generally hears before one sees. Her dog-having-angry-sex-with-a-deflating-bagpipes whine may not have been a welcome returnee to Centre Court, but Azarenka was. Any sport lives and dies on the fortunes of its star performers. Unfortunately for Azarenka, this was also her undoing. Williams looked a step slow for the first set and a half, but none has ever had a rage to win like Serena. She dragged herself back into the game by sheer force of will alone and then a single-set decider was a foregone conclusion.

Williams vs. Sharapova should be a big draw on Thursday. However, it will also be tempered by the knowledge that if things go to form, Williams could well comfortably have the measure of the Russian player. Sharapova hasn’t beaten Serena Williams in a decade and, although she famously beat Williams as a 17-year old to win the title in 2004, the last time they met at the All England Club was for the gold medal match of the 2012 Olympic Games. On that occasion, Williams won 6-1, 6-0. A total waste of 10 minutes. Williams is yet to reach her dominant best at Wimbledon 2015, but her appointment with history may be all the motivation she needs. 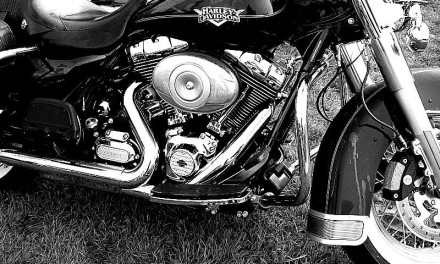 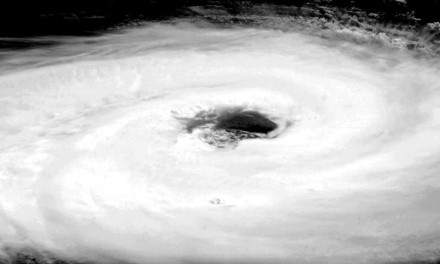