It was always likely to be a combustible fixture, was West Ham United vs Chelsea in the League Cup. A rivalry that dates back decades in a competition for which match tickets are usually available played at this time of year could hardly be described as a low-risk fixture, and perhaps the aspect of this story that is likely to raise eyebrows amongst most supporters is anybody might have considered that this wouldn’t be the case. Both of these clubs’ support bases have a reputation, and surely only in the minds of the sunniest of optimists could it have been considered an evening that would pass by without incident.

It should go without saying that to stigmatise the entirety of both clubs’ supporters would be grossly unfair on a large majority. It should also be obvious that to blame one club’s troublemakers whilst completely exonerating the other’s is a facile response to a complicated and nuanced problem. Just as it takes two to tango, so does it take two to fight, throw coins and goad. To argue over the degrees of blame that should be apportioned is to miss the point of what the aftermath of such events should be. The blame for what happened at the Olympic Stadium on Wednesday rests ultimately with everybody involved, regardless of club affiliation.

This, however, is clearly an unsatisfactory response to what happened, should end there. Similarly useless has been the inevitable and predictable chorus of condemnation to have been emitted by the usual suspects. The Football Association is launching an inquiry into what happened? Well, that will definitely leave all concerned quaking in their boots. And even if West Ham United are to issue bans against two hundred people identified as having been involved in these disturbances, such action will be unlikely to alter the mindset of those who indulge in such behaviour. It might even be considered that such a move on the part of the club may be little more than window-dressing, preserving the “brand” by ensuring that such behaviour takes place away from most television cameras.

Of course, the trouble at this match didn’t happen in a vacuum, and its context at West Ham United this season has been more layered than it might have been elsewhere. There have been repeated disturbances at the Olympic Stadium already this season, both between West Ham supporters and involving those of other clubs. This has been well documented, but seems to have been met by almost complete inertia on the part of anybody who might be considered to have a degree of responsibility for ensuring the safety of those who attend matches there.

West Ham United state that they are only tenants, and that responsibility managing this rests with the stadium operators, who in turn have sought to deflect attention elsewhere. Even the police didn’t set foot inside the stadium until this week because they couldn’t get their radios to work. It would be a start if these groups came to understand that forwarding culpability if things wrong elsewhere was simply not an acceptable response. It’s not that West Ham United, the stadium operators and the police are not to blame for what happened because it was somebody else’s responsibility. They are all to blame.

The lion’s share of the trouble that occurred on Tuesday night – at least that which occurred inside the stadium – seems to have come about in no small measure because of the design of the stadium itself. Although separated in view of the pitch, a single concourse behind the goals seems to make separating rival groups of supporters more support difficult than it is at grounds that have been designed and developed with the singular peccadillos of football supporters – or, at least, some people who purport themselves to be football supporters – in mind.

Lines of stewards, whether employed by the club, by the stadium operators, or whoever, are a far from ideal way of ensuring the safety of all supporters, and the extent to which all concerned seemed wholly unprepared this match is further underlined by the fact that only eight turnstiles were open before it for a travelling support of five thousand people. Such shortcomings could lead us to the conclusion that, while the Olympic Stadium was clearly fit for purpose as an athletics stadium, nowhere near enough thought has been put into whether the alterations made to it in order to convert it for use as a football stadium went anywhere near far enough.

Ultimately, though, it is somewhere between highly likely and certain that occasional outbreaks of violence will forever be part of the make-up of football support, wherever it might be. The Metropolitan Police’s Commander, Ben-Julian Harrington, described Wednesday’s crowd thusly: “There were a minority of people who attended the match that were clearly intent on being involved in confrontation and violence.” It’s an uncomfortable truth for those trying to market their club to families, for those who are trying to broadcast a sporting spectacle around the world, for authorities who really have no answer to the problem but have to be seen to be looking for one nevertheless, and even for us supporters, who would probably rather not having people of this mindset in the way that they occasionally do. But any discomfort felt by anybody over this doesn’t make it any less true.

Supporters are probably the best equipped to deal with this. We’ve been villified for the whole of our lives because of the behaviour of a minority, after all. Is there more that we can do? Well, we could probably all do with taking the game a little less secretly. We could possibly call out those who glorify it on social media when we see it. We can be the change that we wish to see. It seems doubtful, however, that hooliganism will ever be eradicated. It’s been with us for as long as large crowds have attended matches. The only things that have ever changed have been the extent to which it has felt endemic – and for all the hysterical headlines of the last couple of days, we remain light years from the inglory days of the mid-1980s – and the amount of coverage that incidents receive in the media. The inevitability of hooliganism doesn’t, however, mean that life has to be made easy for those who indulge in this ill-behaviour to get on with it. This doesn’t seem to have happened at the match between West Ham United and Chelsea this week. 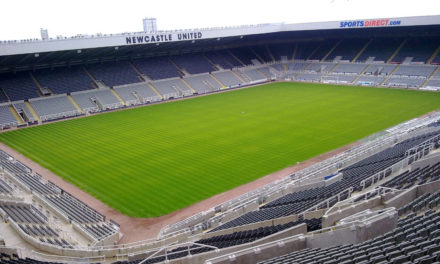 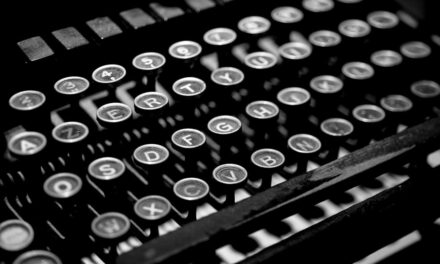 Until we meet again, some sunny day