A vast number of English football clubs, from some of the very biggest to some of the very smallest, have moved into new homes over the course of the last quarter of a century or so, but none have done so with quite the send off that West Ham United gave to (either Upton Park or) the Boleyn Ground against Manchester United last night. From the trouble that flared outside the ground prior to the match to a leaving ceremony that seemed at the time as though it may just carry on right the way through until dawn this morning, there may be a debate to be had over whether this was necessarily a good thing or not, but it was at least unforgettable. Of that there can be little doubt.

That it should have been an occasion was certainly telegraphed by the media, who seemed to take an interest in this being West Ham’s last game at their traditional home that they haven’t taken with regard to other clubs leaving theirs over the years. The traditional homes of the game in this country have been routinely jettisoned in favour of, mostly speaking, fairly anonymous looking bowls of glass and steel, and to a point it has been surprising the extent to which so few people have raised reservations about such a part of our social history being cast aside. For reasons unexplained, however, the departure of West Ham United from their home was allowed to become An Event above and beyond its rightful significance to supporters of the club.

Upton Park was not the oldest home of an English football club – West Ham United moved there in 1904 – and neither was it the most distinguished. Yet when Manchester United arrived there for an FA Cup Sixth Round replay just a few weeks ago, a strangely big deal was it made of it being the last FA Cup tie to be held at this venue. But that was just the beginning of the media circus. By the time of yesterday evening’s match, supporters of clubs that weren’t West Ham United were wondering aloud why such a big deal was being made of this particular departure. The club’s supporters were, of course, fully entitled to give it a send-off that they considered to be worthy of the name. The club itself can be excused making a big deal of it as well. After all, it’s not often that this sort of thing happens to a football club. The media scrum, however, felt… odd, as if all football supporters were being asked to emote over this in a way that weren’t when any of the scores of other clubs in the same position have made their moves in recent years.

The evening itself didn’t exactly start in a glorious manner, when the Manchester United team coach found itself with less than the number of windows that we would expect such a vehicle to have after getting stuck in a gridlock of traffic on a junction outside the ground prior to kick-off. Inside the ground, of course, there wasn’t a peep of this from the Sky Sports team covering the match. They had their narrative and, by God, they were sticking to it. The incident wasn’t a forewarning of the apocalypse, but neither was it anything for the club to be particularly proud of, being, as many reports suggested, not unrelated to a lack of crowd control outside the ground prior to the match. We shall have to wait to see how dimly the FA viewed it all, although the club may well avoid censure on account of it taking place outside the ground itself.

Half an hour later than scheduled, the match itself began and at least this lived up to the hype that had preceded it. West Ham topped and tailed the match like a claret and blue hurricane, taking an early lead and then coming from one down to snatch a win that may have punctured Manchester United’s ambitions towards making next season’s Champions League and in turn Louis Van Gaal’s chances of staying at Old Trafford much beyond the end of this season. It was a match fitting of the occasion and a performance of great character from a team that may not even need that much tweaking to be able to challenge for a top four place next season. A bottle thrown at the Manchester United goalkeeper David de Gea put another red mark against the evening from a crowd control point of view – the question of how a glass bottle came to be in the hands of a spectator in view of the pitch is not an unreasonable one – but it was difficult to argue with West Ham’s performance on the night.

They were, of course, assisted somewhat by a Manchester United team that has displayed this sort of generosity before this season and, having been granted the lifeline of a place in next year’s Champions League being entirely in its own hands with two games of the season left to play by Manchester City’s shortcoming, only has itself to blame for not having closed the game out having come from behind to take the lead. Inevitably, the club will now doubtlessly be linked with every player who has managed to take more than three steps this season without having tripped over their bootlaces, but the biggest problem that Manchester United may face this summer could be hanging onto the few players that have performed with much distinction without the carrot on a stick of Champions League football to dangle before them.

Then came the post-match closing ceremony, a lengthy affair which cynics suggested was set up with the intention of preventing supporters from getting at the ground’s fixtures and fittings without paying for them and which was dutifully followed by the Sky Sports cameras. It’s difficult to believe that there were many non-partisan viewers who stuck with it to anything like its conclusion, but the West Ham supporters present seemed to enjoy it and that, perhaps, is just about as much as could be considered important. It couldn’t paper over the questions that remain about the extraordinary deal that West Ham got for the stadium in the first place, of course, though it may be argued that this was considerably more due to the incompetence of the LDDC, who were negotiating the sale of taxpayer-funder facility, than to anything that West Ham United did. They were given an offer that they would have been idiots to refuse, but it’s difficult to believe that discontent felt by the supporters of other clubs over the terms of this deal will subside any time soon.

And with that, the curtain closes on West Ham United’s one hundred and twelve years at their home. They weren’t the first club to up sticks and leave home for the suburbs by any stretch of the imagination and they won’t be the last, either. Perhaps West Ham’s departure was treated in the way that it was by the media because it was the first by a Premier League club for some considerable time. The memories of the days when there seemed to be somebody else saying goodbye to their home just about every season may have faded. It’s just possible that the realisation of what we’ve given up in the name of progress is only just starting to dawn on some people. For the supporters of West Ham United, only one thing is absolutely certain. Things will never be the same again, and whether that turns out to be a good thing or a bad thing is a question that can only be answered in the fullness of time.

Christmas on 200%: Those Glory Glory Days 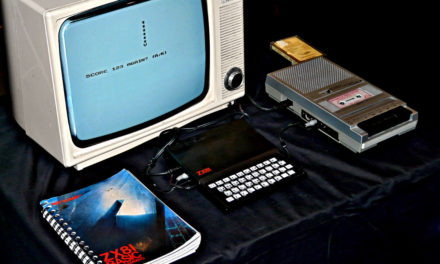