There isn’t really such a thing as a “close season” in professional football any more. With this year ending in an odd number we might have hoped for a few weeks’ blessed relief from football’s perpetual circus, but within approximately three nanoseconds of the end of the Women’s World Cup, which already feels like the memory of an oasis of actual sport in the middle of something that used to be a game but in recent years has increasingly come to resemble a freakish, genetically-modified combination of light entertainment, celebrity magazine culture, the fetishisation of big business and sociopathy.

It has increasingly started to feel, over the last few months, as if football’s dystopian future is now upon us. Yesterday (Saturday), Manchester United played Barcelona, Arsenal played Lyon and Chelsea played Paris St Germain. On Friday, Manchester City played Real Madrid, whilst Liverpool played Malaysia. These matches serve many different purposes. They act as advertorials for the clubs concerned, offering overseas supporters an opportunity to see the teams that they have adopted without having to fly thousands of miles for the privilege of doing so. They’re tiny acts of cultural imperialism, playing a role in continuing to stunt the development of domestic leagues and furthering the likelihood of chanelling more money towards the wealthiest leagues in Europe. Oh yes, and they provide an opportunity for coaches and managers to cast an eye over their squads in a match setting after their truncated summer break.

Across the whole of Europe the tell-tale signs of the inequality of resources were clear and obvious, last season. In Portugal, there were eighteen points between the three wholly predictable top three clubs to qualify for this season’s Champions League and the rest. In Italy, Juventus won Serie A by seventeen points. In Spain, Real Madrid and Barcelona scored two hundred and twenty-eight goals between them in the league alone. In the Netherlands, PSV won the Eredivisie by seventeen points, and this was a winning margin that was matched by Celtic in Scotland. By comparison, the Premier League could almost be interpreted as having looked egalitarian last season, but even that turned into a parade as it wound down, with the last day of the season only having anything to play for at the bottom of its table.

Much of this has come about in line with considerable mutterings over the possibility that the very nature of football support is changing. It has been argued of late that an increasing number of people now follow the fortunes of star players rather than clubs themselves, and it certainly seems to be the case that an increasing number of children in England can been seen nowadays wearing the shirts of Real Madrid, Barcelona and the like. Twenty years ago, of course, football clubs from abroad were seen only in results sections of newspapers, on occasional, and occasional fleeting television appearances. Nowadays, the internet makes connection with those clubs a regular occurrence, while a media explosion in the broadcasting of matches makes it no more difficult to see the biggest Spanish, German or Italian clubs play their matches on the television than their English counterparts. This may be a good thing. It may be a bad thing. Such matters are, of course, entirely subjective.

What we know for certain is that it is a relatively new thing, and that is not a matter of opinion. It has long seemed to be human nature that supporters will tend – on a macro level – to gravitate towards successful clubs. Why shouldn’t they do so towards the biggest and most successful European clubs in the way that they have long done towards the biggest English clubs? It has been argued that the biggest contributing factor in the explosion of residual support for the English super clubs was the beginning of the regular televising of league football during the first years of the 1960s. There is no reason whatsoever why this trend shouldn’t be mirrored across Europe and the world with the development of higher and higher speed internet connections in the first decade of the twenty-first century. Just as Liverpool, Manchester United and Leeds United hoovered up floating supporters forty or fifty years ago, so, we might suggest, so are Real Madrid and Barcelona doing today.

Meanwhile, football’s nearest equivalent to an employment market, the transfer market, remains an environment in which everybody behaves entirely selfishly and very few ever emerge with any great credit. If capitalism’s greatest sleight of hand is the marketing of privately held monopolies as a “free market,” then the transfer market has become, in recent years, professional football’s most readily visible manifestation of a free market in excelsis. Somehow or other, Fabian Delph became the subject of considerable rage at his decision to leave Aston Villa for Manchester City just a few days after pledging allegiance to his now former club. It’s this pledge of allegiance that seems to have caused the vituperation against Delph, and to make such an announcement was probably unwise.

However, to blame a player, a professional with a limited period of time during which he can earn a living doing what he is able to do, feels misguided. Fabian Delph’s career could curtailed by injury or take a downward turn due to issues with form at any point, and a business that has turned players into commodities should hardly be surprised when said commodities use what control they have over their own destinies for their own ends. Fabian Delph almost certainly rationalised that he has little more chance of winning a Premier League winner’s medal at Villa Park than most supporters if he remained there and that turning down such an opportunity because of notions of loyalty towards people that would likely turn upon him if his form dipped might be considered almost absurd, on most levels.

When sport becomes business, somebody’s livelihood and entertainment, however, perhaps such clashes are inevitable. We can trace the commoditisation of footballers back to the 1870s, when the first professional clubs lured players to England from Scotland on on the promise of well-paid work. For much of the next century players were treated as little more than chattels, but a clash of cultures within the game has grown, between disquiet over the increasing commercialisation of the game and greater recognition that those players are ultimately employees and must enjoy the same employment rights as anybody else.

Perhaps, if we didn’t want players like Delph to gravitate towards the most money and the best chance of medals, we shouldn’t have tolerated the vast chasm of financial inequality between clubs in the first place. No-one, however, seems particularly interested in seriously addressing this small point. When supporters of some big clubs criticise others as being nouveau riche, it’s difficult to avoid the feeling that they’re primarily doing so because their private hegemony has been breached, and it remains a vanishingly small number of people who actively demonstrate for wider and more equitable distribution of the game’s wealth.

That’s the free market, though. Nowhere near as free as it needs you to believe that it is. Across the whole of Europe, these private monopolies are flourishing, and governing bodies and supporters alike have given every impression of collectively turning a blind eye to it. Ultimately, it might well be that we’re all getting precisely what we deserve. After all, people still turn out at Premier League matches and the number of cable television subscriptions continues to grow, whilst the biggest clubs now make serious inroads into foreign markets, too. Small wonder that clubs don’t give a toss about the small amount of criticism that does turn up on their radar. It’s a relatively tiny number of people who do criticise, and even most of those who do so continue to consume, at some level or other. And it’s this consumption, ultimately, that matters more than anything else to both clubs and broadcasters alike.

It is this more than anything else that is the reason for a lack of close season nowadays. Any period of time during there is no football is time during which revenue streams are not being maximised, and as these revenue streams continue to grow in order to accommodate an increasingly global audience, so it will be the already enriched that benefit the most, hoovering up the majority of football’s new money and in turn the majority of its best players. In the thrall of a market that has sold us a vision of limitless freedom so successfully, though, we’re all willing consumers nowadays. The vast majority of of us don’t even seem to want our summer break from football any more.

You can accumulate a stockpile of players with Twohundredpercent on Facebook by clicking here.

A Polaroid Moment in the Scottish Premier League 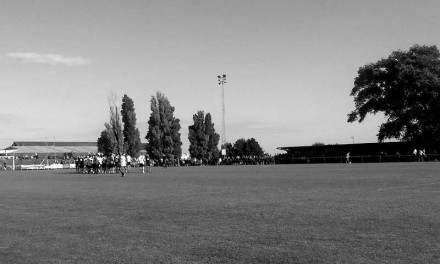