With a dozen or so matches left to play of the 1981/82 First Division season, it felt as if just about anybody could still life the title. The first season of three points for a win hadn’t led to anybody streaking away at the top of the table, and as March ticked over into April just seven points separated the top eight clubs in the table, from leaders Swansea City down. Southampton sat in second place in the table. The early 1980s were a period during which the Saints emerged to be regulars near the top of the league, and during this particular season early elimination from both of the domestic cup competitions had allowed the club to concentrate on the league. This season, however, the extremely familiar name of Liverpool would eventually break clear of the pack to lift the title.

On the last Saturday of March 1982, they played at home against Stoke City in front of the television cameras of TVS. The Saints had gone four matches without a win, a run that had cost them their place at the top of the table. Stoke, in a lower mid-table position, were in no imminent danger of relegation, but could be forgiven for still having one eye looking over their shoulder at the bottom of the table, with six points separating them from the dotted line at the bottom of the table. What followed at The Dell was one of the most entertaining matches of the season in this division, as Southampton streaked into what should have been an unassailable lead before being pegged back and… well… you’ll just have to watch it to find out, won’t you? Commentary comes from Gerald Sinstadt.

Video of the Day: Italy vs West Germany, June 1970 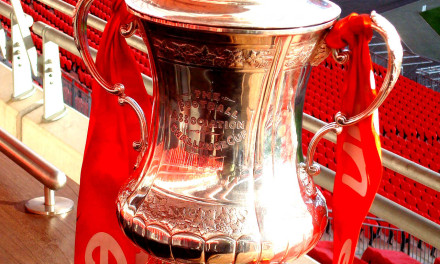 Video of The Day: Meanwhile Back In Sunderland, 1973