Video of the Day: Manchester United vs Liverpool, March 1985

It may only be a match between the teams in sixth and ninth place in the Premier League, but Liverpool and Manchester United have a history that reaches far beyond their relative league positions at any particular time. For today’s video of the day, we’re going back to March 1985 for an FA Cup semi-final between the two sides, from an extremely windy Goodison Park. Liverpool, for all their success in the Football League and European Cup, had at this stage only won the FA Cup twice in their history, in 1965 and 1974, whilst Manchester United might have last won the FA Cup two years earlier, but hadn’t been the champions of England since 1967 or of Europe since 1968. Commentary comes from Brian Moore. 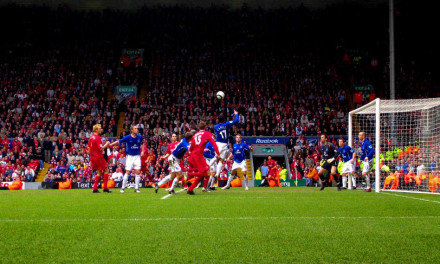 Video of the Day: Everton vs Liverpool, January 1981

Video of the Day: Manchester City vs Leicester City, April 1969

Video of the Day: Tottenham Hotspur vs Manchester United, March 1979