At the start of September 1983, Fulham Football Club was experiencing a little bit of a hangover. Requiring a win to get promoted back into the First Division of the Football League for the first time since 1968, Fulham found themselves involved in the story of the day, when their match was abandoned with two minutes left to play following repeated pitch invasions by Derby supporters whose team needed a win themselves in order to avoid dropping into the Third Division just eight years after being the champions of England. Those last two minutes were never played, and Leicester City went up instead.

Portsmouth, on the other hand, had seen the other side of the coin. Relegated twice in three seasons between 1976 and 1978, the club had scrambled up from the Fourth Division ahead of Bradford City on goal difference, and had ended the previous season as champions of the Third Division by a five point margin. The club’s stay back in the Second Division would only last three seasons before another relegation, but in 1983 there were still plenty of people old enough to remember Pompey winning the Football League Championship twice in a row, in 1949 and 1950. For people of a certain age, Portsmouth were still a big draw at the time.

It is, therefore, unsurprising that the BBC should have sent the Match of the Day cameras to Craven Cottage on the second weekend of the season. In a competitive division – Manchester City, Chelsea, Newcastle United, Leeds United, Middlesbrough, Sheffield Wednesday, Blackburn Rovers, Crystal Palace, Derby County and Swansea City were all Second Division clubs this season – how would the newly-promoted Third Division champions and the team that had so narrowly missed out the year before get on? On the opening day of the season, Fulham had been well beaten by Barnsley and Portsmouth had been beaten at home by Middlesbrough. Commentary comes from John Motson. 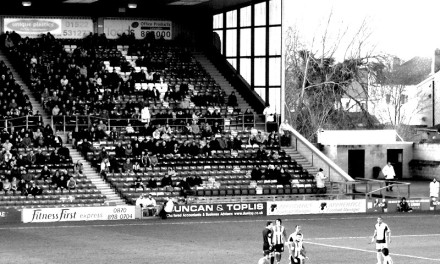 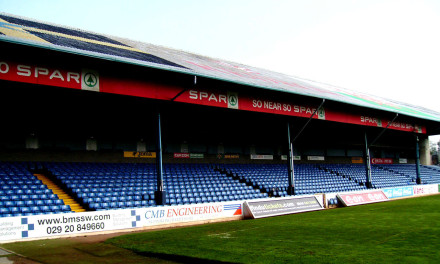 Video of the Day: Liverpool vs Arsenal, April 1977

Video of the Day: Sheffield United vs Sheffield Wednesday, April 1980