VAR has now come and gone from the Third Round of the FA Cup, but as Sean Hallam explains, if we could accept that referees are human, perhaps its introduction wouldn’t even have been necessary in the first place.

A fortunate series of events, depending on your own view of the growing clamour for Video Assistant Referees (VAR), in the space of a few days in English football has given a massive boost to those who believe that making replays of key events available to referees whilst in play is both necessary and inevitable.

VAR was used for the first time in a competitive English football match on January 8th 2018 when it was on hand for the Monday night 3rd round FA Cup tie between Brighton and Crystal Palace. Referee Andre Marriner could have used the technology available to him to confirm that Glenn Murray’s late winner was a legitimate goal after some of the Palace players had complained that the Brighton striker had handled the ball before scoring, but despite consulting with the VAR Neil Swarbrick he chose not to view the pitch-side monitor, fully confident that he had made the correct call to allow the goal to stand. His decision was fully endorsed by Crystal Palace manager Roy Hodgson after the game.

VAR was used again two days later in the Carabao Cup semi-final first leg between Chelsea and Arsenal. Referee Martin Atkinson consulted on two occasions when Chelsea had a penalty claim and on both occasions denied their claims. Once again the manager of the affected team, in this case Chelsea’s Antonio Conte, was in full agreement with the referee’s decision.

In a league game between Watford and Southampton the following Saturday, where VAR was not yet available, Watford midfielder Abdoulaye Doucouré scored a hugely controversial last minute goal to earn a point for the home team having gone in at half time 2-0 down. Replays of the goal showed that Doucouré had deftly handled the ball into the net rather than headed it and referee Roger East and his assistant were roundly castigated for missing the incident. “A disgrace, an absolute disgrace” said Kevin Kilbane on BBC’s Final Score upon being able to view a replay of the goal, unlike the unfortunate Mr East. Indeed the refereeing team have received far more criticism for missing the blatant handling of the ball than the perpetrator Abdoulaye Doucouré has for his successful deception of them.

Video assistance was once again made available to officials the following Tuesday evening in the televised FA Cup replay at the King Power Stadium between Leicester City and Fleetwood Town. The big talking point this time was the referee Jonathan Moss’s decision to overrule his assistant after he had flagged offside against Leicester striker Kelechi Iheanacho. He had earlier used the VAR to rule out a goal by the same player when the replay had shown that the ball had gone out of play before Demarai Gray had crossed it to him, and also consulted before denying a penalty claim from Leicester’s Vicente Iborra.

Iheanacho’s second goal had originally been called offside by the assistant, and Moss chose to consult with VAR Mike Jones before making a final decision. The replay showed that Fleetwood defender Nathan Pond was playing Iheanacho onside at the precise point that Riyad Mahrez had released the through ball to him, but because the players were running in opposite directions this had made it difficult for the onfield match officials to spot in real time. This decision was hailed by many commentators as absolute confirmation of the need for VAR to be fully integrated into the English game, with Five Live’s Alan Green, someone with a vested interest in the introduction of something that will only bring more talking points to broadcast matches, crowing with all the smugness of a UKIP member following the Brexit referendum.

All very simple, you might think. When I first wrote this piece it was just after the Leicester game, but the Chelsea v Norwich game one day later threw a whole different curveball into the mix. On this occasion it was three similar decisions by referee Graham Scott, booking Pedro, Willian and Alvaro Morata of Chelsea for diving. Pedro picked up his yellow an hour in, with Scott so certain of the Chelsea midfielder’s simulation that he didn’t even bother to refer to the VAR, Mike Jones once again, finding himself a pretty cool little niche job in officiating circles.

Having conceded an injury time equaliser to the visitors from the Championship, Chelsea were determined to avoid a penalty shoot-out by trying their damnedest to win one in extra time, with Willian getting a booking just a minute into extra time for diving when he went down in the box after a challenge by Norwich’s Timm Klose. At the other end of added time it was Morata’s turn for a yellow for his attempt to win a penalty, and his angry response led to an immediate second yellow and sending off from Scott.

As well as for his reaction, maybe Morata’s dismissal was for him also introducing another piece of dickery to the game. Having been given short shrift for an earlier appeal after a challenge from Klose that the referee had shown no interest in, he drew an imaginary screen to remind the ref that there was the option of a replay available to him. It’s not enough that players and manager wave imaginary cards at officials, now they want to engage them in a game of charades as well. God knows how long the game will be held up should Lionel Blair or Una Stubbs ever become a qualified referee.

The key talking point after the game was Willian’s booking. This was referred to the VAR, who will only override the referee if he believes an obvious error has been made, and on this occasion felt it was a reasonable decision. Alan Shearer certainly didn’t feel it was. He was convinced that a penalty should have been awarded, calling the decision a shambles. Chelsea manager Antonio Conte, who was perfectly happy with the VAR’s decisions after the Carabao Cup semi-final a week ago, felt let down on this occasion and felt that the VAR should have referred the decision back to the on field referee to review on screen.

Supporters of VAR have recently pointed to the success of Goal Line Technology (GLT) as proof that technology can only help officials, but interpreting whether the ball has crossed the goal line is a simple and incontrovertible yes or no decision, and recent failures of a different GLT system in France has seen the authorities there suspend its use. Also whilst it is fair to say that VAR has been a useful tool for the referees for all but the last of those recent games where it has been available, the decisions where the referee has consulted the VAR have turned out to be, on the whole, cut and dried decisions which haven’t been met with any form of dispute, not even from the aggrieved managers, and the lack of any contention has meant that these decisions were made in a reasonably short time.

As the Chelsea v Norwich game proved though, it won’t always be this easy. When there is a far more contentious decision for the VAR to deal with such as the Willian penalty claim, where there appears to have been minimal contact, then the decision is still open to interpretation. On one side there is the belief that any contact made on the player should result in a penalty being awarded, whilst many others, long tired of seeing players “winning” a penalty by leaving a trailing foot or stepping across a defender then tumbling to the floor, think such behaviour is still worthy of interpretation as simulation.

There will, of course, continue to be incidents in games such as these, ones that have Match of the Day’s former players holding their hands in the air in feigned disgust and protesting that “there was obvious contact” and “the player had every right to go down” as the back of their leg is briefly brushed by the soft downy hair that grows on the defending player’s knee. And even after countless reviews from numerous angles that will see play held up for a not insignificant period of time, there will be certain high profile managers and contrary pundits who will still contest the final decision of the officials and the VAR.

The infiltration of VAR seems like an unstoppable runaway juggernaut now. It’s come to this point after the ever increasing coverage of football matches and the even greater increase of the coverage of each individual game with its varied angles and slow motion replays and computer generated scenarios that get picked apart in minute detail immediately after each game, all of which is divulged to an already highly strung manager or first team coach in an interview where the heat of the moment has still yet to trip the thermostat in his head, all with the sole intention of getting a controversial soundbite out of them about the decisions that the officiating team have made. Perhaps if they had not been putting such immense levels of pressure of referees in the first place and accepted that they are mere humans and not physically able to see every incident from every angle, then this discussion over the merits of VAR might never have been necessary.

Podcast 85: The FA Cup, and Other Matters 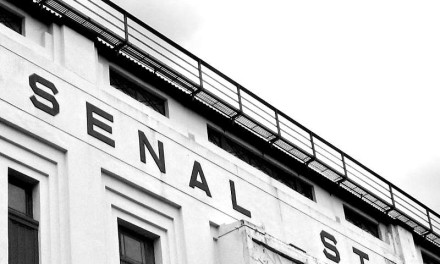