Two World Cups For The Price Of One

FIFA have had a busy post-Congress week. Yes, there’s been “all that Blatter and co stuff.” But we also have two World Cups for the price of one (actually, rather less than one, if the FIFA indictment is true). The Women’s World Cup begins in Canada this weekend. This will be extensively and impressively covered by the BBC. So there’ll be no bumping of the coverage to accommodate rich-advertiser-friendly Show Jumping magazine programmes – hello British Eurosport. And 200% will be following the host country’s quest to right the wrongs of their Olympic semi-final defeat to the United States at Old Trafford in 2012.

Meanwhile, last weekend, the Men’s Under-20 World Cup began in that international footballing hotbed of New Zealand (they of the annoyingly nice and talented cricket team). When FIFA say they want to bring the game to the ends of the earth, they mean it. Of course, New Zealand isn’t a “hot” anything at this time of the year, as demonstrated by the plethora of Brazilian players wearing vests underneath shirts and hats, coats and scarves in dug-outs and stands. Still, at least the temperatures are averaging fifty-odd degrees Fahrenheit rather than Celsius.

The Under-20s tournament has long been firmly below-the-radar in Britain, even when England have qualified as they did for the 2013 finals in Turkey. This year, the tournament is an England-free zone. So there is no opportunity for the “new Harry Kane” to make himself known – the Tottenham striker being among England’s gallant failures to reach the 2013 knock-out stages. And even if the French Open Tennis wasn’t all-but-monopolising the Eurosport schedules (re-iterations of Game, Set and Mats, rather than just repeats), the TV coverage here would have been low-key, as the games take place in the early-to-mid hours of British mornings.

Yet there is plenty to interest any international football fan. For those who take the longer view of life, the competition represents the first opportunity to seem impressively knowledgeable when the next “main” World Cup swings round, whenever or wherever that may be once the dust settles on FIFA’s current political turmoil. Assuming the next “main” tournament is in 2018, the star players in New Zealand will be 22 or 23 and therefore probably quite well established full internationals. The stars of 2013 were largely just short of that level in Brazil last summer. However, the classes of 2013 and 2015 are all potential 2018 “ones-to-watch,” even if the first week in New Zealand suggests there won’t be many defenders on the list.

The 24-team line-up is a more eclectic mix than your average World Cup, as Asia, Africa, South America and central and north America have four representatives each, Europe have six and Oceania two. With New Zealand qualifying as hosts, Oceania is also represented by, ulp, Fiji. The temptation was to liken them to Tahiti in the 2013 Confederations Cup, as Fiji hosted and won Oceania’s 2014 Under-20s tournament by seeing off the might of Vanuatu and New Caledonia. But… well… see below.

Myanmar, better known as Burma to the less-committed internationalists of us, are among Asia’s quarter, having hosted and reached the semi-finals of the 2014 Asian Under-19 tournament, outlasting more fancied and traditional names such as Japan, South Korea and…er…Australia. And Qatar made it too. They actually won the Myanmar tournament, beating regular tournament qualifiers, perennial tournament failures (and the biggest misnomer in world geopolitics) the Korean Democratic People’s Republic (North Korea to its…er…”friends”?) in the final. Qatar desperately hope this side will develop into a group of 26-and-27-year-olds capable of avoiding further embarrassment when/if they host the 2022 main tournament. But their performances in New Zealand so far suggest they have more than seven years to go.

Among other notable absentees are Spain and holders France, neither of whom even made the finals of last year’s European Under-19 Championship, an eight-team tournament from which the top three in its two groups of four qualified for New Zealand. Hungary hosted and qualified (I’m detecting a pattern), thanks solely to beating Israel in a group game. They lost 3-1 and 6-1 – at home remember – to Austria and Portugal respectively. Germany’s World Under-20s Cup history is less glittering than at all other levels – they failed to reach the 2013 finals. But they won the Under-19 Euros and most of that team is now making a good impression down under.

The South American quartet, Argentina, Colombia, Uruguay and Brazil, ought to have been the best prepared by a distance, as their qualification through the South American Youth Championships in Uruguay involved ten matches between January 14th and February 7th this year. Argentina won the tournament, while Brazil rather scuffed through in fourth place in the “final” six-team group. There ought to have been plenty of team bonding among Africa’s final quartet too as Nigeria, Senegal, Mali and Ghana were the semi-finalists in March’s continental Under-20s competition in Senegal. Nigeria beat the hosts in the final. With disparities in time and age level of these qualifying tournaments, identifying favourites was no easy task. So far, however, the bigger names are pulling through, bar one, and shocks have been limited to one wonderful exception. Fiji’s Ripping Yarns-esque 8-1 hammering by Germany (“eight-bloody-one!!” – ask your parents) was the most eye-catching first round result… which made Honduras 0 Fiji 3 the most eye-catching of the second round.

Group F is Germany’s at a canter, as they followed up the eight-one with a 3-0 wearing down of Uzbekistan’s blanket defence. Honduras ran lanes through the Uzbeks in their first match. But while the 4-3 scoreline suggested defensive frailties in the antithesis of a “Group of Death,” nothing… NOTHING heralded what happened against Fiji. Fiji were three-up at half-time, with the goals being progressively more comic. The first was spooned into the net by Honduran keeper Christian Hernandez, to goalscorer Iosefu Verevu’s evident surprise more than anyone. Verevu twice looked back at the goal to check it had really happened before speeding off to do a celebratory wiggle.

The second was a free-kick rebound after the worst “deliberate back-pass” decision since the rule came in, Saula Waqa netting a mishit after an airshot, with the ball not having enough strength to reach the back of the net. And the third simply hit the back of Honduran defender Kevin Alvarez’s head when he was minding his own business in the six-yard box. After Honduras laid inevitable, and inevitably unproductive, siege to the Fijian goal in the second half, one had to class the match as a freak. But if Fiji aren’t heavily beaten by the Uzbeks, they will likely qualify as one of those pesky “best four of the third-placed” teams unique to 24-team tournaments. And if they don’t lose, they are definitely in. Fabulous.

North Korea are so hapless that whoever finishes third in Group E will likely qualify on three points and a decent goal difference, with Hungary and Nigeria having four-goal strolls against them. Brazil are already through after a thrilling 4-2 win over Nigeria and a 2-1 huff-and-puff over Hungary in a game which, as they say, took on a life of its own. Bence Mervo’s early strike clearly didn’t cross the line but there was no goal-line technology to over-rule a referee’s assistant who was better placed to punish technical area infringements than to rule on any goal. Magyar left-back Krisztian Tamas hinted at clinical insanity with his two bookable offences in the first sixteen minutes. But his colleagues denied Brazil a winner until Danilo’s dancing feet drew an 85th-minute penalty, which he scuffed under the previously excellent Gyorgy Szekely. Group D is a four-way tie between Uruguay, Mexico, Serbia and Mali, which means the fourth-placed team could reach four points and be shoved out of the last 16 by at least one team with only three. Stereotypically chippy Uruguay might be the people’s choice for such a fate, although only Serbia have yet to have a player dismissed in a group which supplied three of the eight red cards in the first two rounds.

As in 2013, Portugal and Ghana look like teams to beat. They met in Turkey with Ghana winning a classic last-16 encounter 3-2. Ghana have already won Group B and when Portugal almost certainly follow suit in Group C they’ll be kept apart until what would surely be a worthwhile final. Seven unanswered Portuguese goals put paid to Senegal and Qatari Colombia and Senegal’s battle for second place will be their third battle of the tournament to date. They drew their actual match 1-1 and also shared the “luminous kit” prize, Colombia’s shirts and Senegal’s shorts being a shade of glow-in-the-dark yellow last seen painted on a Peckham curry house wall in a famous Only Fools and Horses episode.

Ghana powered into a three-goal lead against an admittedly leaky Argentina before being hauled back to 3-2 in one of the best games to date. And they had the fortune of winners against Panama, who missed an 89th-minute penalty when Fidel Escobar slipped while shooting and skied his spot-kick. Panama netted a couple of cracking goals but sadly finished behind the, ahem, “dogged” Austrians, who all-but-knocked-out Argentina with a lot of doggedness, and the luck of qualifiers, in their last game. Argentina had approximately half-a-million shots, including one by Nicholas Tripichio which was brilliantly cleared off the line by… his colleague Giovanni Simeone.

As the cliché tells us, the hosts’ qualification for the knock-out stages is good for the tournament. Despite no goals and only one point in their first two games, New Zealand’s confidence in their progress was well-founded, as they eventually swept aside a Myanmar side for whom minutes 55-to-90 have been black holes. Myanmar led in, and lost, every game, heavily to Ukraine and the hosts. Ukraine have developed a habit of scoring in second-half clusters – six (and a missed penalty) in 28 minutes against Myanmar, three in 23 against the United States, who missed a penalty themselves. Indeed, the low standard of spot-kicks and referees’ disinclination to stop goalkeepers narrowing the angle from them suggests that shoot-outs in the knock-out phase could take a while.

The goals have flown in, and plenty from distance too. Brazil are due to ping in a photogenic long-ranger as their powerful shots from outside the penalty box have refreshingly rarely hurtled into orbit. Their only long-range goal came from the suspiciously twenty-something-looking Gabriel Boschilia. But he could have celebrated another birthday in the time his shot took to reach Nigeria’s net. Indeed, the “hipster” look has been eyebrow-raisingly prevalent for a tournament of teens and barely-out-of-teens. “I say ‘junior’ football,” noted Eurosport’s perma-laconic pundit Gary O’Reilly when Germany’s Marc Stendera came into close-up after opening the scoring against Uzbekistan.

Still, FIFA would pay good money for that to be the competition’s biggest “scandal.” Metaphorically, of course.

You can put seven without reply past Twohundredpercent on Facebook by clicking here.

Bundesliga Round Up: Week 21 – HSV change coach after Braunschweig defeat 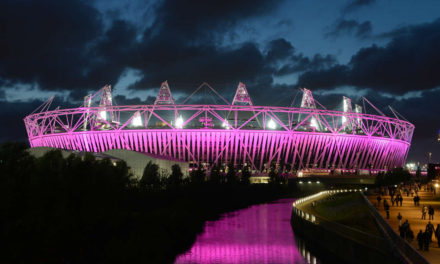