Just as the Second World War had started at the beginning of the football season, it ended – in Britain, at least – at what would have been the end of it. It took, however, many years for the country to recover from the end of the fighting, so perhaps it is unsurprising that the Football League was unable to resume fixtures for the start of the 1945/46 season. The FA Cup, however, was a different matter. In the season immediately after the after the cessation of hostilities, The FA Cup was the only show in town.

Football hadn’t completely gone away during the war. The Football League became the Wartime League with regional divisions supplemented by the Wartime Cup, and carried on with teams made up of players that weren’t away fighting from 1941 until 1945. During the 1945/46 season, it changed into two regional leagues called the Football League North and the Football League South, but clubs played a reduced number of matches and wartime competitions now tend not to count amongst the official honours of the clubs that entered them. To compensate for this, the FA expanded The FA Cup, making all ties apart from the semi-finals and the final itself two-legged matches.

Up until the Third Round of the competition, matches were played on consecutive Saturdays whilst, from the Third Round on they were played on Saturday and Wednesday afternoons (there was still no floodlit football in 1946). The competition was hugely successful, with massive crowds turning out for matches, including 76,500 for a quarter-final between Aston Villa & Derby County and over 80,000 for the semi-final match between Birmingham City & Charlton Athletic at Manchester City’s Maine Road. The 1945/46 FA Cup laid the foundations for football’s post-war boom years, a period during which crowds rose to giddying levels, the size of which will never be seen again in English football.

The competition was, however, touched by tragedy in the form of the Burnden Park disaster. The quarter-final match between Bolton Wanderers and Stoke City was always likely to attract a massive crowd, but no-one was prepared for how many people turned up. The stadium’s previous biggest crowd had been 69,912 more than a decade earlier and official sources stated that the gates had been locked with 65,000 inside some twenty minutes before kick off. Others, however, have suggested that the crowd may have been as high as 90,000 – clearly an unsafe number for a stadium the size of Burnden Park.

Just before kick-off, two barriers in one corner of the ground collapsed. The crowd surged forward, and in on itself. At first, the seriousness of what had happened was not apparent and the match started, with the teams playing for twelve minutes before the match was stopped. It restarted fifteen minutes later, with the two teams playing out a 0-0 draw, meaning that Bolton, who had won the first leg 2-0, went through to the semi-finals. This, however, was almost an afterthought. Thirty-three people were killed that day, and over four hundred more were injured. The subsequent inquiry forced clubs to reduce stadium capacities and pay closer attention to the number of people entering their grounds on match days.

Bolton lost their semi-final match to Charlton Athletic, and Charlton were paired up to meet Derby County in the final at Wembley. The appearance of Derby County in The FA Cup Final was to provide a back story that would prove to be a handy failsafe for football comic writers for decades afterwards. It was rumoured that, at the end of the nineteenth cenetury, somebody at Derby County had angered a group of local gyspies by building The Baseball Ground on the site of their camp. The gypsies had, as a result of this, put a curse on the club, promising them that they would never win The FA Cup. People in Derby remembered this well, as the club had lost FA Cup finals in 1898, 1899 and 1903. In the build-up to the match, some of the Derby players visited the gyspies and begged them to lift the curse.

With five minutes to play in the final and the score tied at 0-0, Derby’s Dally Duncan took a shot at the Charlton goal. A Charlton defender, Bert Turner, tried to clear the ball but only succeeded in deflecting it past the Charlton goalkeeper Sam Bartram to give Derby the lead. Their delight didn’t last for long. Less than a minute later, Turner fired in a free kick at the other end of the pitch, and this was also deflected past the goalkeeper to level the scores and in the process become the first player to score for both teams in an FA Cup Final. In the dying seconds of the match, though, there was further drama when Jackie Stamps took a goalbound shot for Derby. This time, Derby were denied when the ball burst, leading to an easy save for Bartram.

There were those who said that the gyspy curse was lifted when the ball burst. The truth is that this was a regular occurrence in post-war matches due to the poor quality of leather being used in their manufacture – the ball had also burst during a league match between the two clubs the week before, and would happen at the following year’s FA Cup Final between Charlton Athletic and Burnley. In extra-time, however, the Derby team finally pulled away from Charlton, with two goals from Stamps and a goal from Peter Doherty bringing them a 4-1 and The FA Cup for the first (and to date only) time in the club’s history.

The FA decided not to continue the two-legged experiment the following year. It had increased revenue for clubs, but many of the ties in the competition had effectively been won in the first matches, rendering the second legs somewhat pointless. The reintroduction of a Football League programme was, of course, the other significant contributory factor. The importance of the 1946 FA Cup has, however, become rather understated. It was a sign to a traumatised nation that normality was returning after six years during which the normal rules of life – the normal rules, one might say, of humanity – had been suspended. When The FA Cup returned, however, it was a sign that things might just be starting to get back to normal. 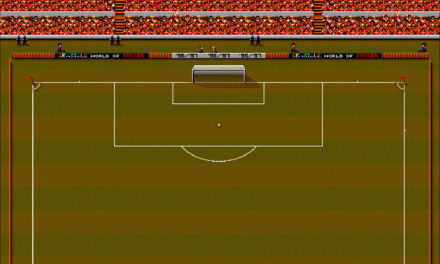