Tom Hicks And The Hunt For Facts

Haha!! I was right. When I wrote about Liverpool on Tuesday, or was it Wednesday (or 1973, it seems so long ago), I was right, completely and utterly right. I… hadn’t assessed the situation properly. In my defence, it is hard to predict “epic” self-delusion on the scale Thomas O Hicks has provided this week. It is easier to understand why his eponymous sports group has gone down tubes, toilets and pans if he has such unshakeable faith in the financial acumen of Forbes magazine and the “market,” both of which appear to have valued Liverpool FC a touch higher than anyone with an intellect.

Hicks’s self-delusion manifested itself in his petition in a Texas court on Wednesday for a “Temporary Restraining Order” (TRO) restraining a “rogue” Liverpool board from selling control of the club to New England Sports Ventures (NESV). If you only read one legal document in your life, make it this one. The legalese is comprehensible. And some of the language is a joy to behold, always assuming, of course, that Hicks doesn’t get anywhere with the billion-dollar damages claim contained therein. The media picked up on the “epic swindle” line. But there’s plenty more of that. Even in the same sentence there’s a reference to “rogue corporate directors and their co-conspirators,” not a phrase Martin Broughton would have come across at British Airways.

The basis of Hicks’ claim was that Liverpool’s “independent” board (appointed by Hicks himself, among others) sold the club against his wishes, for “millions of dollars” below “fair market value” and “conspired to devise and execute a scheme” to do so. This, you have to remind yourself throughout, is a ‘bad thing.’ The phrase “good for them” permeates my notes on the petition, which goes into all-encompassing detail on who said what to whom through this summer/autumn’s sale process but neglects to put any of it in context. Thus we have (mis-spelt) references to the Liverpool board last month “launching personal attacks (on Hicks and Gillett) fueling the unwarranted outrage of Liverpool FC supporters,” as if Hicks and Gillett were previously candidates for the freedom of Liverpool and a “Spirit of Shankly” splinter group called “Heart of Hicks” had been formed.

The one-eyed nature of Hicks’ claim is revealed immediately. The Dallas County Court Judge, Jim Jordan, to whom Hicks pleaded (alone) in court, states that his findings are “based on the allegations” made by Hicks, to which he has prefixed, by hand, “solely.” Jordan probably started out without, at least, antipathy toward the Republican Texan ex-billionaire. But after Hicks had had his say, even Jordan seemed to recognise that he was getting a less-than-complete picture and felt the need to emphasise that Hicks was only speaking for himself.

The well-documented mis-spellings of “Ayer” and “Gillette” are less signs of a rush-job than they are of an over-zealous use of spellcheck. It is clear that Hicks’ claim, via Stephen E. Fox of Fish and Richardson PLC, was one he’d ‘prepared earlier’, such is the detail of his recollection of his half of the story. And the language is carefully considered to have maximum impact. In the section entitled “Director Defendants hatch a plot to exclude and mislead (Hicks and Gillett),” the Liverpool board come across like a group of Bond villains, “engaged in secret meetings” and “enriching themselves at the club’s expense” It’s a wonder Broughton isn’t quoted as saying: “we’ve been expecting you Mr. Hicks”.

Accusations centre on the board’s “blatant disregard of their fiduciary duties,” including “maximising the value of the company to the shareholders,” which Hicks interprets as “getting me as much money as possible.” In this, he has a point. Sort of. Company directors’ “fiduciary” duties are to protect the interests of company shareholders. In this instance, Hicks’s “interests” are solely financial; he wants repayment of the £101.8m he and Gillett “invested” in Liverpool over the years. Here, one of Liverpool’s central problems manifests itself – the complete contrast between the interests of the company (the team, essentially) and its shareholders (their bank balances). It remains a pivotal argument against the business model which brought the likes of Hicks to the English game in the first place – a point I’m sure the Premier League will now fully take on board. Of course they will.

So Hicks determines the “value” of each actual, potential or, occasionally, phantom bid on the basis of a magazine survey, rather than on the sporting and management background of the bidders. NESV may have a history of sports team management, with documented success in areas where Liverpool are weak, while Singapore businessman Peter Lim’s sporting business interests don’t stretch further than a donation to Singapore’s Olympic Committee and Mill Financial are… a hedge-fund. But £500m trumps £450m, regardless of consequence. (Hicks and the Premier League were made for each other). So while Hicks’ lawyers can tell the London High Court that the dispute is just about “maintaining the terms of a sale agreement, his other lawyers can tell a Dallas judge that Liverpool’s directors are “collectively and individually liable for the hundreds of millions of dollars (their emphasis) in actual damages that their actions are causing (Hicks and Gillett).”

In the paragraph entitled “Factual Background”, Liverpool is described as “one of the most storied, successful and beloved football (soccer) clubs in Europe” – “storied” presumably a version of “steeped in history” for the less concentration-empowered American market. And, since taking over, Hicks and Gillett have been…wonderful. They “oversaw the design and approval of a new stadium” – hardly “spade in the ground in 60 days.” The team “has continuously been in the top four Premier League clubs…in terms of player salaries” – which puts last year’s seventh place and this year’s eighteenth in a possibly unwanted context. And… you’ll love this… ”(they) have improved and modernized the club’s finances…and have helped to solidify (the club’s) financial position.” Which needs no further comment… well, maybe… TWO… HUNDRED… AND… THIRTY-EIGHT… MILLION…further comments.

The paragraph “Hicks and Gillett decide to sell Liverpool FC” begins in “early 2010” which seems a tad late to those who have read through countless PR-pieces entitled “Hicks/Gillett to sell their 50%” from “early 2008” onwards. And here we really start to enter the context-free zone. Hicks refers to two offers of “equity investment” to “fully pay down the debt” (debt origin unexplained). One was withdrawn due to “growing bad publicity surrounding the ownership situation” (unexplained). While the Royal Bank of Scotland, the brutes, “insisted” they took the second, smaller, offer and “included unacceptable and un-necessary corporate governance requirements.” (Why RBS felt they could do this? Unexplained).

The co-owners then “announced their intention to sell their interests in Liverpool”, as if the decision was theirs to make. And, in what must have been a slip of the tongue, RBS are credited with agreeing to “extend the maturity date of (their) debt.” Again, there’s no mention of just how “mature” this debt was. And it isn’t long before RBS are the villains again, charging “extraordinary (extortionate) fees for the privilege, saddling the club with tens of millions of pounds in additional costs.” To quote most people I’ve read that line to: “………………………..”

“On or around July 2010, a bid of £615m, including £377m for Hicks and Gillett’s “equity interest,” is cited as “further evidence of ‘true market value.’” And then…nothing. Hicks names no bidders’ throughout the document, so makes no reference to the origin of this bid. However, he also neglects to tell us what happened to it. In the next paragraph, he’s fast-forwarded to “on or about 1st September” and a Dallas meeting where he proposes to “invest” an “additional £275m in equity in the downstream Kop liabilities.” Great play is made of Broughton’s attendance at the meeting and of the fact that “GSO Capital Partners” are involved – a wholly-owned subsidiary of “Blackstone”, the “largest alternative asset manager in the world, with ‘assets under management’ over $100bn.

Great play is made of paying down the RBS debt “substantially,” of “positioning the company to begin the new stadium” (two-and-a-bit years…and 60 days late) and how the bid put a “reasonable enterprise value” of “£648.2m on the club. Less play is made of the phrase “this new equity investment is to be funded by…” which means, “borrowed from.” By this time, though, we were into the “hatching a plot” chapter of the story, as the directors “engaged in secret meetings with RBS to devise a scheme to undermine the efforts of Hicks and Gillett to engage in a reasonable sale.” At least “on information and belief” they were, a phrase which makes regular appearances and means “allegedly.”

Further bits of information and belief include the leaking to the media of re-structuring proposals Hicks had made at a “private” meeting – not “secret”, you’ll notice. This was what fuelled the afore-mentioned “unwarranted outrage of Liverpool supporters.” And from there, in Hicks’ view, it was a short paragraph to “misinformed supporters launching an on-going campaign” which “in some extreme instances” was “encouraging violent terrorism.” In the text, this last phrase appears in quotation marks, but again there is no reference to the origin of that quote. Broughton was, on information and belief, “a mere RBS puppet by then,” and the directors and “un-named co-conspirators” were “seeking legal advice” on how to “block any attempt by (Hicks and Gillett) to pay RBS.” Again, no mention of the fact that all these attempts, ALL of them, were merely more borrowings.

Reading through the details of the various board meetings and “sackings” takes longer than the meetings themselves. And pretty much everything here was dealt with, and ruled upon, by London’s High Court earlier that day. Yet of that case, there is but one, small, erroneous mention (it refers to the “restoration” of Broughton to the board, even though he was never sacked” in the first place), which reads as if it was added some time after the rest of the document was drafted. The petition continues: “Consistent with the directors’ prior and on-going breaches of fiduciary duty, (they) will presumably ratify the collusive and improper deal with NESV at an 8.30pm board meeting.” And the deal “remains tainted by wrongdoing and is a grossly inadequate and grossly unfair product of a polluted process.” The High Court in London didn’t think so. And neither will you after 29 pages of… that.

Making this claim may prove a tactical blunder on Hicks’ part. Thanks to the TRO hearing, Hicks’ case for damages the size of the national debt of a small country is now in the public domain, ready to be torn to shreds by more legally-focused people than me. In the meantime, do read this 29-page case study in business paranoia, fuelled by an unwarranted outrage that the board of Liverpool Football Club would want rid of him, and were prepared to stand up to his bullying to get rid of him. As long as they ultimately succeed, it will be a joy. 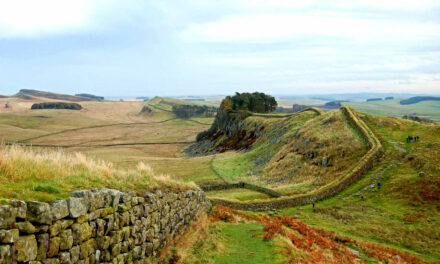 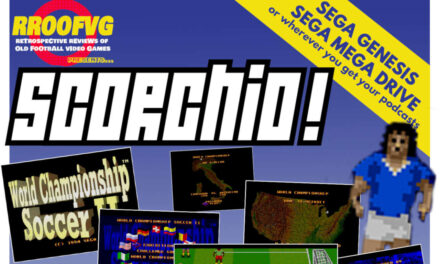