Still, one of the distinguishing moments of excitement of any World Cup is to see the two teams line up and have a bash at singing the national anthem. Who belts it out at top volume, utterly out of tune but blissfully unaware of their atonality? Who is standing there silently with the look of a dead man walking? Who doesn’t know the words? Coaches could do worse that scan their opposition for signs of the mental state of their opposition and call their players back in. You can almost imagine Fabio Capello in the middle of a huddle of England players, explaining that they should push the ball wide early on because the opposing full-backs stood like rabbits caught in the glare of a car’s headlamps throughout the full 64-minute duration of, “Wake Up Citizen, You Are From Belize”.

Once again, thwarted music journalist Dotmund has spent the last week listening to nothing but the phat beats of Groups E and F.

Netherlands: “Het Wilhelmus” (The William) The world’s oldest national anthem comes from a popular song about William I, Prince of Orange – the great grandfather of the William of Orange who became William III of England.  First committed to paper in 1574, during the 80-year war between the Dutch and Spain, its subject matter is predictably enough concerned with the Dutch fight for independence and the ongoing European struggle between Protestants and Catholics.  As befits such an antique, there are a number of curiosities to Het Wilhelmus.  Firstly, it is written in the first person, from William’s perspective.  Secondly, when written down the anthem is an acrostic, the first letter of the first word of each of the 15 stanzas spelling out ‘Willem van Nassov’.  Only the first and sixth are generally sung.  As well as spelling out “WM” (Dutch people love Herbert Chapman), these deal with William’s lineage and patriotism, before moving on to a verse asking God to protect the fighting Dutchman.  Officially adopted as the national anthem in 1932, it has to be said that the music is somewhat at odds with the general vibrancy of the Oranje.

Denmark: “Der er et yndigt land” (There is a Lovely Country) Denmark is a country with two official national anthems.  Der er et yndigt land is used on civic occasions, whilst another – The King’s Anthem – is brought out for royal and military affairs.  Der er et yndigt land was written in 1819 and adopted soon afterwards, in 1835.  It consists of 4 stanzas, of which only the first and the last 3 lines of the fourth are generally sung.  This is something of a pity, as after having established Denmark’s picturesque geography, the second verse begins:

Musically, it’s fairly hymnal and non-confrontational, much like the country it represents.  Aside from the Viking hoardes, of course.

Japan: “Kimigayo” Although the Dutch anthem is the oldest complete national song in current use, the Japanese anthem boasts the oldest lyrics, a Waka poem dating from some time around the 9th Century.  The melody in current use dates back to 1880, but the completed anthem itself was not officially adopted until 1999.  It is also notable for being one of the shortest national anthems currently in use anywhere in the world.  Clocking in at just under a minute, despite its funereal pace, the lyrics are short enough to be quoted in their entirity here should anyone wish to sing along:

May your reign
Continue for a thousand, eight thousand generations,
Until the pebbles
Grow into boulders
Lush with moss

I’d have liked the thing with the rocks to have continued to another verse, perhaps, with the boulders turning into bigger and bigger lumps of stone, but you can’t have everything.  In terms of both words and music, the Japanese anthem is very much a superior product.  I commend it to the house.

Cameroon: “Chant de Ralliement” (The Rallying Song) Written in 1948 and adopted following independence from France in 1957, the  Cameroonian national anthem is also known by its first line, “O Cameroun berceau de nos ancêtres“.  Combining a number of classic anthem techniques, the lyrics first point out how great Cameroon is, with its soil watered by the blood and tears of its people.  Then, we seamlessly move on to rhetorical questions, namely: “Dear Fatherland, thy worth no tongue can tell! How can we ever pay thy due?”.  It’s a fair question and no mistake, although I’d like to hear more about the agricultural implications of irrigation using bodily fluids instead.  Musically it’s upbeat and brassy, with a nod and a wink to the musical style of the anthem of their old colonial masters – which, when this happens to be the French, is no bad thing.

Italy: “Il Canto degli Italiani” (The Song of the Italians) The Italian national anthem is one of the better-known national songs, thanks in no small part to their sporting success and that of their most successful international competitor, Ferrari.  The words were written in 1847 by Goffredo Mameli, a 20-year old student, with the music added 2 months later by Michele Novaro.  It reflects a turbulent time for Italy, at that stage still a conglomerate of City States, and its struggle for unification.  Il Canto degli Italiani became a popular song throughout this process, although upon unification in 1861, Marcia Reale was adopted as the official national anthem until the country became a republic in June 1946.  Oddly, considering its considerable fame, Il Canto (it is also often referred to by its first line, Fratelli d’Italia) was not officially rubber stamped as the national anthem of Italy until 2005.  Noted for its length, this is in part due to the meandering operatic tendencies of the music, with only the first verse (sung twice) followed by the chorus conventionally sung.  Most importantly, it ends with a rasping cry of “Si!”, an innovation I would like to see more countries adopt.  Let’s face it, as national anthems go, this really is a belter.

Paraguay: “Paraguayos, Republica o Muerte” (Paraguayans, Republic or Death) An anthem pleasingly at odds in tone to its country’s motto, “Peace and Justice”, Republic or Death was written by Francisco Acuña de Figueroa in 1846 and given its music in 1933.  Students of South American literature will probably already know that Mr. Figueroa was, interestingly, a Uruguayan rather than a Paraguayan, his poem was commissioned by delegates of the Paraguayan government in Uruguay at the time.  No doubt foreshadowing the day that Romania ask Peter Andre to write their Eurovision Song Contest entry.  The result was a lengthy seven-verse poem, outlining the social and political history of Paraguay in microscopic detail.  Paraguay being a bi-lingual country – there are 5 million speakers of the macrolanguage Guarani – the anthem may be sung either in that language or Spanish.  Musically, its in-keeping with a lot of South American anthems – upbeat yet surprisingly intricate orchestral numbers – particularly in the chorus, conventionally the part sung.

New Zealand: “God Defend New Zealand” New Zealand, like Denmark, has two official national anthems, the other being God Save the Queen.  God Defend New Zealand has been the official national hymn of the country since 1940 and the national anthem since 1977, following a national petition being granted by Queen Elizabeth II.  Further in-keeping with the democratic theme, the music for the song (the lyrics having been originally written by an Irish immigrant, Thomas Bracken), was written by a Tasmanian, John Joseph Woods, as an entry for an 1876 contest to find a melody to go with the lyrics.  Like Paraguay, New Zealand is a bi-lingual nation.  Unlike, Paraguay, however, New Zealand don’t go in for the either-or approach.  Instead, it’s conventional to sing the first verse twice, first in Maori and then in English.  It’s a nice custom, but it’s still got nothing on the Haka.

Slovakia: “Nad Tatrou sa blyska” (Lightning Over the Tatras) There’s rabble-rousing anthems and then there’s rabble-rousing anthems, but Lightning Over the Tratras still stands out from the crowd.  Originally written in 1844 by students upset about the sacking of their professor, it came to be popular during the wave of revolutions which swept continental Europe as a result of the French Revolution in 1848 and 1849.  The lyrics, set to an old Slovak folk song’s melody (explaining the resolutely Eastern European-sounding tune), deal with a threat to the Slovak people.  The lightning over the Tatra mountains is figurative, you see, thus sparing us a song about meteorology.    It was officially adopted as one of the national anthems of Czechoslovakia in 1918, and often played in Slovak towns at midday – a call to be Slovak, if you will – until the Velvet Revolution saw Slovakia gain its independence.  On that day, 1st January 1993, one of the things going into the new, pristine, statute books was the adoption of the song as the Slovak Republic’s official anthem.  As a piece of music, it grows on you.  Roll on 12 o’clock. 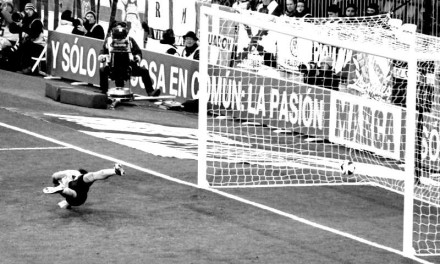