With one or two ignoble exceptions, they really don’t make sitcoms like this any more. The British situation comedy has changed a lot over the last twenty years or so, and this morning’s entry into the Saturday Movie Club is from the dying embers of The Old Days. Chris Barrie first found recognition as an impersonator, finding work as the voice of Ronald Reagan on the Frankie Goes To Hollywood single “Two Tribes” and then on Spitting Image, before moving on to find more widespread recognition as Arnold Rimmer in the cult BBC science fiction sitcom Red Dwarf.

By the start of the 1990s, Barrie was a hot property, so far as the BBC was concerned, becoming a regular fixture on BBC1 with another sitcom, The Brittas Empire, which ran for six years from 1991 until 1997. A Prince Amongst Men was his next series after this, and might be considered a vehicle for him. He plays Gary Prince, a former international footballer who’s now retired and is seeking to start a new career as an entrepreneur. The show ran for just two series before being culled by the BBC in 1998.

The logic behind A Prince Behind Men is fairly straightforward. The notion of the millionaire footballer was still a relatively new concept in 1997, and there is comic potential in the very idea of what these relatively young men – many of whom would have started their careers unaware of the riches that might be coming their way in the future – might do once the adulation stops and the rest of their lives pans out before their very eyes. Considering the “football’s coming home” hysteria that had gripped the country in the summer of 1996, it’s hardly surprising that the BBC wished to see if they could find a way of translating football’s refound popularity into something with a mass audience appeal.

The problem with A Prince Amongst Men, however, is that it is a 1990s BBC situation comedy. As such, the writing is clunky and the reaction of the studio audience is as much determined by gurning and belming as by any subtleties of language. In 1998, the head of BBC1, Chris Salmon, stated that, “I am the net-curtain comedy killer – the man who took out a contract on suburban sofas, knitted pullovers, and will finally do for some of those dreary 1950s scenarios that have infected too many British comedies.” This style of comedy, which coated BBC1’s schedules throughout the 1990s like a veneer of vaseline, was on its way out, and A Prince Amongst Men was one of the first casualties of this brave new world. Perhaps if it had been made three or four years later with the styling of something like The Office it might have worked. As it was, however, A Prince Amongst Men remains almost entirely forgotten twenty years after its cancellation, and it’s not that difficult to see why.

The Strange Case of the Bedford Town Walkout 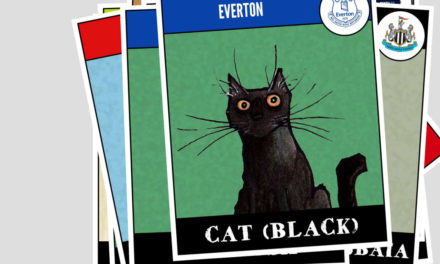