The Power Of Discretion And Why Guidelines Are… King

The Scottish Football Association (SFA) decision to deem Dave King “fit and proper” to become a Rangers director has proved widely popular. It is popular with Rangers fans because they believe the South African-based businessman will help fund the club back to what they call its “rightful place.” And it is popular with other fans because they believe he can’t and/or won’t. At face value, the decision is disgraceful. SFA regulations identify specific criteria by which a putative director’s fitness and propriety can be gauged. One is whether “he has been convicted within the last 10 years of…an offence liable to imprisonment of two years or over.” In August 2013, King received the world’s most famous 41 convictions for breaches of South African tax law, all of which were “liable to imprisonment of two years…” Another is whether “he has been a director of a club in membership of any National Association within the five-year period of such club having undergone an insolvency event.” Again, King fits this criteria like a glove, having been a Rangers non-executive director throughout the “five-year period” before it entered administration in February 2012.

However, the SFA has “discretion as to whether or not such a person is fit and proper…after due consideration of all the relevant facts…in its possession and knowledge, including the undernoted list which is…illustrative and not exhaustive.” This gives the SFA full effective power over the fitness and propriety of directorial candidates, regardless of their record – business or criminal. As Gary Ralston correctly noted in a Daily Record piece which was otherwise an obsequious embarrassment to journalism: “The decision…was always at their discretion, even if he did not pass two key criteria.” This is the power of “discretion.” And the SFA have used it.

The (lack of) power of the guideline manifested itself in a recent Dispatches documentary on Channel 4 which questioned the business and employment activities of another minority Rangers shareholder, Mike Ashley, owner of sportswear retailer Sports Direct (SD). The documentary, Secrets of Sports Direct, was presented by the magnificently-monikered Harry Wallop (a “hard-hitting journalist” no doubt…ah, you’ve got my coat for me, thanks). And it focused, amongst numerous practices of dubious integrity, on SD’s price-labelling policy.

SD, in its guise as a “discount” sportswear retailer, label their goods to make it look as if their prices have been cut, for example, striking through a price of £74.99 for a pair of Nike Flash Flex (!) trainers and printing a new price of £59.99. Guidelines from the Department for Business, Innovation and Skills say the higher price should have been charged at the relevant store for at least the previous 28 days, unless “explicitly explained otherwise.” In an accompanying Sunday Telegraph article, Wallop quoted a consumer law expert who said: “Their labelling is not following the terms of the guidance.” And throughout the documentary, SD practices were exposed as falling outwith relevant guidelines. At no stage, however, were SD accused of breaching any regulation. Of course, when Ashley was found guilty of breaching SFA regulations recently, he was only fined £7,500, a sum he could probably have earned in interest on his considerable wealth faster than he could write a cheque for that amount.

So when actual SFA regulations have that little effect, it can be no surprise that governance is weak in areas governed by “discretion” and “illustrative” criteria. After all, they declared Paul Murray fit and proper despite his “involvement as a director…in the five years preceding” the old Rangers’ insolvency event partly because they trusted “his intentions to avoid a repetition of the mistakes of the past.” Apparently “I promise I won’t do it again” was good enough. The logic to the SFA’s decision on King appears to be that reneging on his taxation obligations in South Africa does not necessarily mean he will renege on any financial obligations to Rangers. Or that lying to just about everybody he encountered in his South African battles (including his own counsel), to the point where nothing he said was admissible without documentary support, does not mean he will lie about his intentions for Rangers. No, really.

You would hope that the SFA’s “unprecedented” due diligence in examining King’s fitness for football office uncovered some sort of guarantee that King will be “fit and proper,” although King’s early press briefings, and the fact that other major Rangers shareholders are even this week having to lend money to meet payroll obligations, suggest that he cannot yet offer any personal financial guarantees. The SFA “received specialist legal advice” and “significant documentation from relevant authorities.” Sight of that advice and documentation should demonstrate that they have done the right thing. Otherwise, observers must judge the decision on the basis of what is currently in the public domain. Such evidence does not treat the SFA’s decision kindly, raising the question previously asked about one Kenneth William Bates in England: “If HE is ‘fit and proper,’ who ISN’T?” And the suspicion (and in some cases fundamental belief) will remain that the SFA merely wanted to create the impression that “the scale” of their deliberations was “befitting the complexities of the consideration placed before the Board.” And the suspicion will remain that King would be found “fit and proper” whether or not he actually was.

Little weight appears to have been given to King’s demonstrable and fundamental dishonesty. But the SFA are not alone here. Rangers fans don’t care to whom he’s lied and how. He “lost” £20m investing in the old Rangers, which somehow proves to those fans that he is their financial saviour, logic to baffle psychologists everywhere. And even when evidence of King’s current mendacity is set out clearly by a colleague, the mainstream Scottish media (MSM) pay little heed. STV’s Grant Russell noted that in March, King said “If I’m not found fit and proper…I’ll still invest.” Yet the wait for this investment continued through two paydays at Ibrox, after Murray mendaciously declared: “we must wait until the SFA have completed their review of Dave’s status before he can fully participate in the future of the Club.” This let King declare this week that he’d said in March: “that my ongoing investment depended on me getting through fit and proper.” And Russell laid out these latest, ahem, factual irregularities side-by-side. Yet this example of King’s mendacity appears no more an issue for the MSM than it has been for the SFA, for whom it should certainly be an issue.

In his Record mush, Ralston suggested that “King will no doubt…see if others who are willing to invest in Scottish football are subject to the same vigorous level of investigation,” adding sarcastically that the SFA “will surely show consistency in similar dealings in future.”
Ralston was clearly implying an anti-Rangers agenda behind King’s scrutiny. Yet it is difficult to imagine that the SFA would again deem someone with King’s criminal and football directorship record fit and proper without appearing to “subject” them “to the same vigorous level of investigation.” They’d let them in anyway though. With its discretionary powers, they will always deem big money “fit and proper.” And they are again not alone. Even with “stiffened” regulations in English club football, money speaks louder than incompetence (Tony Fernandes at QPR), damaging egotism (Assem Allam at Hull, Vincent Tan at Cardiff), over-ambition or criminality. That Bates was followed into the English game by Thaksin Shinawatra, Carson Yeung, Massimo Cellino, various Oystons and others (and that Peter Ridsdale is still involved in the game in any capacity whatsoever) shows that regulations are there to be loopholed (if that isn’t a word, it should be).

It has also been a bad time for football governance worldwide. UEFA’s Financial Fair Play initiative (FFP) has been effective. So pressure has been exerted to relax regulations restricting “sustainable”  “benefactor owner” investment. And UEFA look likely to bow to it. So Manchester City will not have to undertake the civil disobedience campaign recommended with a straight face by Sky Sports pundit Gary Neville last month, as the entire concept of sport momentarily escaped him. “In a free world,” he proclaimed, “they should be able to spend what they want and…take (UEFA) on. Whoever’s put in that rule, I don’t think it’s right for Manchester City to abide by it.”

Meanwhile, Luis Figo’s desire for change at FIFA was so heightened by what he encountered on his presidential campaign trail that he has…er…withdrawn his candidacy. And the corrupt Sepp Blatter doesn’t have to even bother campaigning.The United Kingdom has just elected a government which considers many financial regulations un-necessarily restrictive – “red tape” is never a good thing. As a result, in the “real world”, as often happened in the 1980s and 1990s, rules and regulations will become guidelines, discretionary powers will become the rule and money will become rule one. So it is that a financial criminal can be deemed fit and proper to run the finances of a financially-challenged football club. The power of discretion.

You can govern Twohundredpercent on Facebook by clicking here.

What Not To Wear 2012/13: Dotmund Reviews The Premier League Kits For The New Season 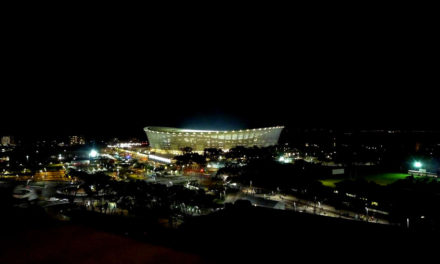 From College Football To A-League Glory

Podcast 305: This is our Everest, Part Fifty-One – Sportsnight With Coleman, 1969