So I ummed and ahhed for a considerable amount of time over whether to include politics on the revised version of this website, I have to admit. On the one hand, there can be little question that, after some years of stultification, we do at least live in something approaching interesting political times. On the other, however, the nature of political discourse in Britain at the present time has become so factional and shrill that it feels as though so much as committing a few pixels to an LED screen feels a little like sticking my head above a parapet and shouting sexual swearwords in German during the middle of the First Battle of the Somme.

To the south of Hadrians Wall, England currently seems to be performing a very good impression of a nation that is somewhere between an identity crisis and a full blown nervous breakdown. There was a time, somewhere between the exuberances of my youth and the present day, when I might have been considered to occupy the political middle ground. I believe that a social contract between the state and the individuals who make up society is a good thing for the vast majority of people. I support institutions such as the NHS and the BBC. I believe that a form of capitalism can be made to work, long as it acts in the best interests of the majority and that its worst excesses are tempered from existence.

This would probably have been considered the political middle ground two decades ago, but no longer. Nowadays, the nature of political discourse has swung so far to the right that to so much as suggest some of the concepts that I mentioned above would, if published in almost any newspaper, get me labelled as something approaching a communist by people neither know nor care much what the definition of “Communism” really is. And the inevitable result of such a shift has been the rise of the UK Independence Party.

There seems little point in getting stuck into that mob yet again, so let’s just suffice to say that if there isn’t a racist undertone to them, they’d be better placed not having so many members who make racist comments, and that “shaking up Westminster politics” by voting for a party that makes the much of the current Conservative party look like social democracy in action feels like a dangerous political path to follow. But the irrational nature of much of their politicking – which is precisely why counter-arguing against them is so difficult – is very much a sign of the times, and the very medium that you are using to read these words is likely the biggest single reason for this.

It has become a truth universally acknowledged that the idealism of the founding fathers of the world wide web, that we would seek out alternative opinions and seek to broaden our horizons, was pretty hopelessly misplaced. Rather than trying to equal our differences, we’re all of us in those metaphorical trenches now, lobbing verbal bombs at each other, choking on the mustard gas that is other people’s more noxious opinions, and largely refusing to even countenance the possibility that, whilst we may not necessarily agree with the opinions of other people, we might at least be able to learn from them and reach some form of mutual accord.

Mutual accord is all well and good, but we are heading towards an era during which closed questions are the order of the day, and these, when combined with the factional nature of online discourse, make for some very dispiriting reading indeed. Consider – and I feel the need to don a tin helmet at this point for merely mentioning it – the forthcoming referendum on independence for Scotland. Without wishing to express any preference concerning the result of the vote to be held in two weeks time, the polarising nature of the “yes/no” vote could be considered a potential tension-riser if the vote is to be decided, as is starting to look increasingly likely, by the narrowest of margins. The mandate for either a newly-independent Scotland or the one that stays as a part of Britain seems like to be shaky.

Still, at least coverage of the Scottish independence referendum has given an impression of being balanced, although those who shout the loudest would, of course, still have you believe that there is a conspiracy against them. On the other big “yes/no” question of the moment, it’s looking increasingly likely that there will be a referendum on Britain’s continued membership of the European Union in the next few years, and this is unlikely to be treated with very much partiality anywhere. There have been many surveys what have demonstrated how little many British people know about the EU, but the idea of them finding out much approaching the truth in the run-up to such a referendum sounds fanciful, to say the least.

The first casualty of war is the truth, and any forthcoming referendum on the subject of EU membership will most likely see truth hurled into a garbage can at the first available opportunity, at the very least. Indeed, it might well be argued that truth was thrown out of the window many years ago with regard to the EU in certain corners of the press. And with a triumvirate of growing anti-immigration sentiment, the belief that “Westminster” has somehow become sentient and is interested only in following its own agenda, and the ever increasing tribalism of British political discourse, whether the public will get anything like the information that they need to make a fully informed choice over one of the most important decisions that the British voting public has faced over the last four decades or so.

But there’s my problem with politics in this country, in a nutshell. Those who shout the loudest and those with the opinions that are the most “outrageous” are those who get the column inches and air-time, and rationality flies out of the window when there are clicks to be baited for. Considering the importance of the decisions that the electorate in this country faces over the next couple of years or so, we need good mass media and sensible, informed debate in order to make sensible informed choices. As things stand, we have a shrill, dog-whistling media, a political party on the rise which seems to get more popular the further to the extreme right it lurches, and a body of five million people which is, as we speak, taking a look at what is going on below its southern border and may well be coming close to deciding that it doesn’t want anything to do with that any more, thank you very much. It’s difficult to avoid the conclusion that an increasingly dysfunctional country has got the dysfunctional politics it deserves. 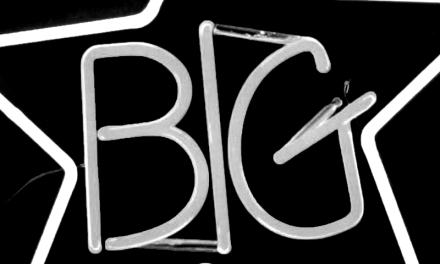 Review – Big Star: Nothing Can Hurt Me 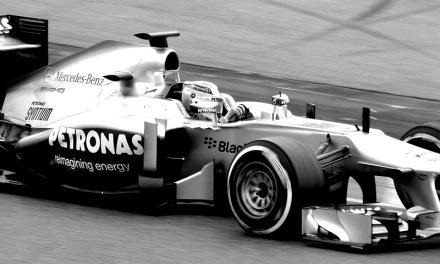