The Mid-Life Crisis Of A Football Supporter

Ageing hits us all in different but familiar ways; loss of hair, loss of memory, loss of physical abilities… loss of memory. With football fans, as in ‘fanatics’, the ageing process manifests itself in feelings I experienced this week. My team, Ryman League Kingstonian, were playing at a ground to which I’d never been and which was relatively straightforward to get to (or so I thought… see below). And yet… I didn’t want to go. For years, I had a 100% attendance record at Kingstonian matches – some years including pre-season and mid-season friendlies where a “Kingstonian XI” would give “fringe” or “squad” players a game. It would also include whatever mindless cup competition the powers-that-be could concoct (remember the “General Motors Assurance Corporation Premier Inter-League Challenge [GMAC] Cup”? – nicknamed the “Jesus and Mary Chain Trophy”…well, it was the late eighties).

I was helped in this ‘cause’ by the fact that Ks played in regional football for all but three of those years. The Ryman Isthmian League consists of teams in England’s South East. And the exceptions were rare, allowing extensive pre-planning of trips; Yeovil Town spent two periods in the league in the 1980s and 1990s – a map of League grounds then resembled the “exclusion zone” around the Falklands in 1982, with Yeovil as the General Belgrano…miles to the west of their adversaries. But even in our years in the Football Conference, which straddled the millennium, I only missed two matches… one of them a Surrey Senior Cup tie at Molesey, which hardly counted. Nothing would be thought of day-long journeys and overnight stays in such exotic locations as Barrow, Morecambe and Scarborough. And my work and personal circumstances only intervened on the afore-mentioned two occasions – a trade union National Executive Committee meeting and two friends’ weddings… I am still grateful to them for marrying each other, so as I only missed one match, while harbouring a minimal grudge that they couldn’t have got wed in June.

I was weaned off this habit in 2006 when I picked-up work Saturday evening shift work as a sub-editor on the Non-League Football Paper (“the original and the best”). The shifts didn’t really warm up until about six o’clock, I was already the paper’s designated Kingstonian match reporter and its offices are in nearby Wimbledon. So Saturday home games and the most local away games were still within reach. In December 2006, though, I had to give up on travelling to Dulwich Hamlet. For the first time that I could remember, I wanted to go to a KIngstonian match… but didn’t. It was a curious feeling, walking down ‘Real Life Street’ at three o’clock that afternoon, a strange sense of dislocation barely eased by regular text updates from Champion Hill, especially the three texts which announced our defensive frailties that afternoon (we lost 3-1). But the ties were cut. Saturdays without Ks took on a cosily familiar pattern. There was still a sense of belonging; the text updates from friends (these were pre-Twitter days) did eventually ease that sense of dislocation.

I could also see that newspaper colleagues were making similar sacrifices – a Blackpool-supporting journalist watched most of his side’s rise to the Premier League from a cramped, health and safety nightmare of a newspaper office in South-West London. A Stoke fan was similarly misplaced to view them establish themselves in the Premier League. So I was approaching normality. And that normality continued to creep up on me. In more recent seasons, I have turned down two midweek trips to Lowestoft. Where once I’d have travelled to Suffolk and stayed overnight without hesitation, I thought: “Money’s a bit tight, the Champions League is on the telly… and I promised that slave-driver of an editor at twohundredpercent that I’d file that article tomorrow.” Yet I’d still wanted to go to Lowestoft on a wet February Tuesday night. This week, I did NOT want to go to Whitehawk. But I wasn’t ‘normal’ yet, you understand. After much soul-searching, I decided to go. But the soul-searching was new. And my reasoning for going was a sad football fan’s excuse for the saddest football fan behaviour…I’d not “done the ground” before.

Whitehawk is a short-ish cab ride from Brighton station, itself an hour-and-a-half from home on a good day. And most of the expenses were covered by a recent premium bond win. But the “short-ish cab ride from Brighton station was where things began to go wrong. As I later discovered, I was not the only Kingstonian fan that evening to be merrily dispatched, by my cab, at “the South Gate,” overlooking Whitehawk’s aptly-named “Enclosed Ground.” However, the ground was particularly ‘enclosed’ from the South Gate of… the Brighton City College Leisure Centre. And while it was (and the match would have been) clearly visible from said drop-off point, the “path down to it” of which our cabbies informed us, was…er…not visible at all. I was half-an-hour from kick-off and desperate  times call for desperate measures. Admittedly, asking ‘locals’ how to get to the ground may not seem like desperation. But said ‘locals’ are, by law, of no help whatsoever. “Never heard of it, mate” is the standard response, replaced by “oh, is that what that is?” when said ground is actually in view, as it was from… Whitehawk Hill, from where I asked one particularly non-plussed local.

The Leisure Centre’s staff were genuinely sorry that they could not help because they were not local. But one passing woman confirmed what she thought would be access, via “the caravan park.” She was right… ish. Down the hill was a semi-concealed junction with a rickety wooden signpost – the sort only local cabbies would know about – pointing to “Whitehawk Football Club”; or at least towards it, as the final leg of the journey proved less than direct. As a fellow Ks fan noted moodily, Ryman League clubs are forced to spend thousands getting their grounds up to a capacity equating to more than their entire gate for the season while approaches to said grounds can be death-traps. The road to Whitehawk FC – long, winding and unlit – was such an approach. I could at any stage have turned an ankle on a pothole or slipped on the evidence of a dog (or maybe even a previous walker) with diarrhoea. And the signposted entrance to the ground was merely a gesture. There was still work to be done to find the entrance to the ground itself, which was merely a hole in the fence. Unlit, naturally. My great trek complete, I semi-joked with the turnstile staff: “Whaddya mean, the game’s off?” These were words to haunt.

A long night grew longer as Ks early possession stats were those of most Barcelona opponents. And my sense of regret at leaving home intensified when centre-half Tom Hutchinson mistimed a header back to keeper Rob Tolfrey. Tolfrey clattered the forward gleefully pouncing on Hutchinson’s error, leaving the referee with no option but to point to the…corner of the six-yard box for a goalkick. A break at last. Tolfrey looked as sheepish as he could without going “baa!” And the referee received a torrent of… the politest abuse imaginable from the stands. “Shame on you, referee,” was as vitriolic as it got – you half expected someone to announce that the ref would be “frowned upon at the country club for this”, so genteel was the response. The response of Whitehawk’s manager was a less genteel “b*****ks.” But we felt like echoing his sentiments, having heard this as he stormed into the dressing-rooms after half the floodlights went “phut.” For half-an-hour, my lame joke at the turnstiles seemed lamer still. The “guy who fixes these things wasn’t at the ground,” said Hawks officials. But when he eventually arrived he made up some lost time by getting the lights on again as quickly as if he’d just said: “let there be light.”

The run of good fortune continued as Ks scored either side of the delayed half-time – the first goal aided somewhat when a Hawks defender collided with the “as-if-he-wasn’t-already-unpopular-enough” referee.  “One-nil to the referee,” sang Whitehawk’s teenage male choir behind their goal. And we did rather see their point… until 16 minutes from the end when, with Ks goal having led a charmed life-and-a-half for the previous 20 minutes… half the lights went again. Match abandoned. “Shut up!” spat the tannoy announcer (who had clearly lost his dentures in the dark), as his announcement was greeted with understandable boos from the Ks faithful, which didn’t subside when he added: “It’s not Whitehawk’s fault, it’s Seeboard, the electricity from the main line into the ground has gone.” Presumably the half of the lights which remained steadfastly ON throughout the debacle, were from another “main line into the ground” entirely. Responding to the booing, Whitehawk’s teenage choristers suggested that “Kingston” should “f**k off.” I casually informed them that Kingston were indeed f**king off, pausing only to acknowledge Ks fortune and that the replay might be different, to which one earnest speccy replied: “They’ll call the game 2-0.”

This would be doubly unfair on Whitehawk; because they were attacking so frequently that Ray Winstone would have encouraged us to “have a bang on” a 2-2 draw and because it was a league game and every goal counts towards goal difference. Still, what has fairness to do with decisions by football authorities? Speccy remained insistent that they would “call the game,” adding the even more unlikely premise “because the game’s gone beyond 60 minutes.” So I politely said: “See you at the replay.” With my new-found normality, that should be unlikely, too. Yet as we ventured home – grateful that the cabbie taking us back to the station knew the difference between “Whitehawk FC” and a gate on a hill, I thought: Had I now “done the ground” even though the game hadn’t finished? And Brighton has plenty of decent pubs, so I’d get there earlier next time… AND we could tell the cabbies literally where to go, rather than metaphorically… AND… so on, until the train reached East Croydon. If normality had taken hold, I would have had none of those thoughts. Yet I had them all. With a mind like that, I guess transport delays, hazardous walks and floodlight failures are what I deserve.

Editors note: If Mark had phoned the “slave-driver of an editor at twohundredpercent”, who he knows lives in Brighton and has been to Whitehawks ground before several times (and has only got lost trying to find it on a couple of occasions), he could have got all the information that he needed. Just sayin’. 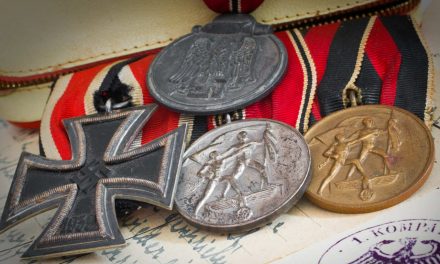 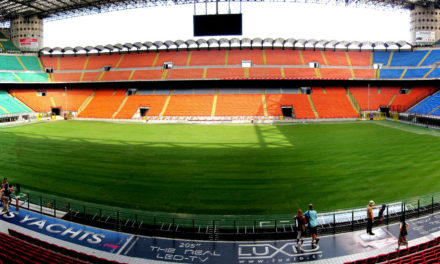