Never has a football club’s “official wine partner” seemed so important. And while you’re pondering the concept of a football club having a wine partner at all (what next, “prawn sandwich partner”?), I shall explain. Like Wayne Rooney’s Manchester United goals, before he had to score most of them himself, articles about the latest Manchester United takeover battle are coming in clusters. The main story is well told, especially by a very impressive set of Manchester United supporters’ groups. Manchester United’s Supporters Trust (MUST) has run a fluent visual and audible protest against the Glazer family, backed by a proper understanding of how loudly money talks to them.

“United Supporters for Change” are a “direct action” group, which evokes rather more unsavoury, violent protest images. But their campaign is a reasoned, measured, transparently non-intimidatory one. They published their list of businesses supporting the club, but encouraged them to consider that relationship, while highlighting to on-lookers that such businesses were not an enemy but “essential parts of our community, providing employment and driving our economy. “Our cause is right,” they stress, “violence or intimidation belittles it.”

The clubs’ and owners’ PR has been clunking in comparison. The sudden “revelations” that the Glazers turned down a detail-free £1.5bn bid for the club, just after it emerged that the Red Knights were talking in terms of a £1bn offer. The sources “in the City” that have “emerged” to say the Red Knights’ bid is doomed (“increasingly doomed” – whatever that means), as they are split irrevocably down the middle between one bloke who says he’s not sure it will work and thirty-nine others who haven’t said anything at all. David Gill has said that “there haven’t been any boycotts” (past tense, you’ll notice), and that season and executive ticket renewals are “on-track” (like Sulaiman Al-Fahim’s Portsmouth takeover last summer).

All designed to deflect attention from the news that the Glazer’s business plan is “increasingly doomed” in a key area. The well-documented “payment-in-kind loans, the £138m they borrowed from US hedge funds at a gargantuan 14.25% interest rate, had some expensive strings attached, which saw the debt rise the year Man Yoo won the Premier and Champions Leagues. The string which emerged this week is that the gargantuan interest rate becomes 2% more gargantuan in August because the club’s parent company has failed to keep its debts under five times its annual profit.

A simple target for any sane business, which has proved beyond the Glazer family’s Manchester United. Little wonder they wanted people to focus on one Red Knight going “Mmm, I don’t know.” OK, maybe this is just another of my media conspiracy theories, and that I’ll soon be claiming that Malcolm Glazer is just a clumsily-constructed photo-fit, sharing a flat with Ali Al-Faraj. But how else to explain the announcement earlier this week that United had a new “wine partner,” the “South American producer and exporter of premium branded wines, Concha y Toro”?

Given the amount of the stuff Alex Ferguson drinks, according to the most scurrilous and mendacious of rumour-mongers, this deal has an importance in its own right. And it did push sponsorship income past the significant-looking £200m mark (including the £80m, four-year shirt sponsorship deal with Aon, £38m of which has already been paid over). But only a desperate PR department could have turned such workaday news into an extended eulogy for the Glazers and their wonderful commercial strategy. The press release almost totally eschewed the facts, bar naming Concha y Toro. Instead, we were told it “continued a string of recent high-profile sponsorship announcements.”

“Eyebrows were raised,” apparently, “when a satellite marketing operation was launched in London two years ago, but the results are clear to see.” So clear, in fact, that the press release neglected to detail them, preferring instead to tell us that “Manchester United’s commercial arm has completed 20 deals…with the prospect of more to come.” Figures are also missing from the news that “Manchester United’s continuing global popularity is working to much more financial benefit than has previously been the case.” In their place: “It is presumably one of the reasons why the Glazer family continue to insist they have no intention of selling the club.”

This was, of course, the sole point of this “news” release, nothing to do with news whatsoever. It was a rushed PR-job, cobbled together by the last people left in the office after the proper writers had left – any self-respecting sub-editor would have put a red line through swathes of it. A party political broadcast on behalf of the “United, not for sale” party. Shame on the Press Association for putting it out as news. The battle for control of Manchester United will be a very tough economic one. The PR-battle, so far, is no battle at all. 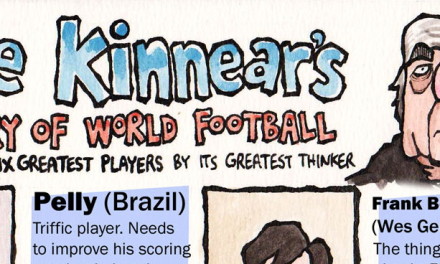 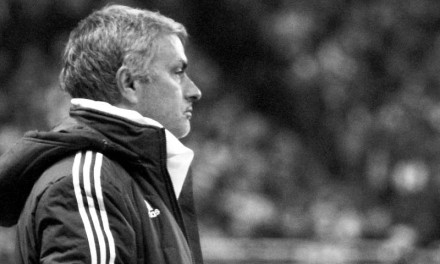