We’re now into February 1992 in our review of the last season of the old Football League First Division, and there is still clear blue sky between Leeds United and Manchester United at the top and the rest, whilst at the foot of the table just six points separate the bottom eight clubs. February of this particular year was a leap year month, and for that to fall on a Saturday is something that only occurs every twenty-eight years. By the end of this month, there was a seven point gap between second placed Leeds United and third placed Manchester City. The race for the 1991/92 Football League Championship had, by the spring of 1992, become a two-horse race.

Football League Division One Table: end of the 29th January 1992 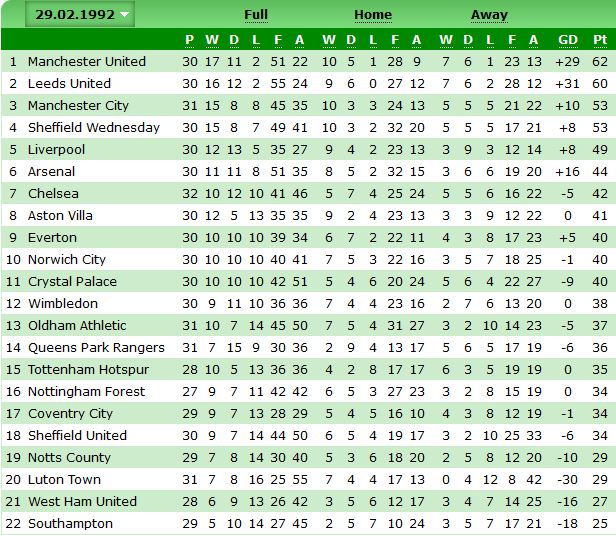 You can finish above Twohundredpercent on goals scored on Facebook by clicking here.

A Tale Of Two Continents: The African Cup of Nations & The AFC Asian Cup