Well, we’re getting towards the business end of the 1991/92 Football League Division One season now, and Leeds United and Manchester United are starting to pull away at the top of the table at the end of the last season before the introduction of the Premier League. There’s also some European football and some League football in this lengthy compilation of matches from March 1992. There’s a league table as thing stood at the end of the 28th of March at the bottom of these videos.

Football League Division One Table: end of the 28th March 1992 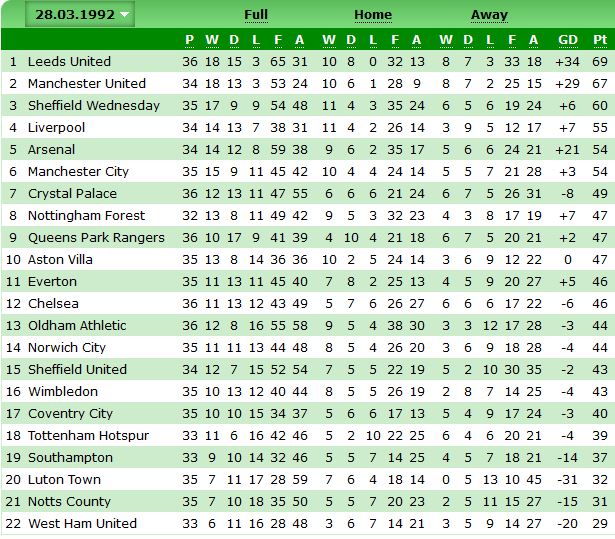 You can go toe to toe for the title with Twohundredpercent on Facebook by clicking here.

The Property Developers & The Hamlet – An Unlikely Union