So. Farewell, then. Most of Ireland. ‘Championship’ is down to football’s “super8s,” (superbs?) in the style sub-editors appear instructed to use, and hurling’s super-six, in the style I’ve just concocted.

The seemingly interminable football qualifiers are over, with four teams emerging to challenge the four provincial champions. And if you think the lack of a “yayyyyyyyyyyyy!!!!!!!!!” to date indicates that the mighty Roscommon are not among the superb eight, you are MOST mistaken.

Meanwhile, hurling’s provincial titles have both been decided, Leinster ultimately almost as breathtakingly as Munster. This leaves two quarter-finals, between the losing provincial finalists and the two provinces’ third-placed teams, the winners of which will be the provincial champions’ All-Ireland semi-final opponents.

And that’s the easy part. Venue controversies continue apace. One farcically indicative of the ‘Grab-All Association’ mentality. The other which could/should have been sorted before ‘Championship’ started.

On Sunday, Connacht’s Galway beat Leinster’s Kilkenny in an unexpectedly fabulous Leinster hurling final replay, in…Munster. Because Croke Park, the standard replay venue, being IN Leinster, was staging a match between…Michael Buble and musical credibility. So, even if Sky Sports had ‘requested’ a Croker double-header for last weekend, which didn’t happen two weeks ago, oh no, they’d have had to kneel before the might of Canadian pap pop.

Football, meanwhile, seemingly has one too many Croker games. In the superb-eights, two-group format, each county has a home and an away game after one at a ‘neutral’ venue, which is, in topical GAA parlance, Croke Park or nowhere. Thus Dublin will play two of their three games where they play all-but-one of their championship matches annually anyway. Like they need the help.

Ulster champions Donegal, whose ’neutral’ game is against Dublin, sought “clarification on how any county may use a ground as both neutral and a home venue” (Schrodinger’s venue?) and “to ensure a level playing field for every team” in the superb-eights so “that no team has any advantage over any other team.”

Donegal’s 2012 All-Ireland winning boss Jim McGuinness noted self-reverentially that Dublin hadn’t lost in Croker “in four years,” i.e. since Donegal beat them in 2014, adding: “Are we seriously suggesting they’re going to lose two games now in a month? If they’ve two home games, Dublin are through. This isn’t even a conversation. (So) it would be good for Dublin (to say) ‘we’ll play in a neutral venue, wherever that is.’” And he concluded, correctly, that “they’re good enough to go and beat anybody anyway.”

However, the GAA reminded everyone that superb-eight rules were “democratically adopted at Congress 2017” and “provided for all Round One games to be at Croke Park.” So, “while Donegal challenged how any team could nominate Croke Park as their home venue, there was nothing in Rule to prohibit this.” There was also ‘nothing to prohibit’ the GAA telling Dublin to play at their actual home ground, the 13,499-capacity Parnell Park. But, hey, the “Grab-All Association,” remember?

And, pre-empting a ‘Neutral or Nowhere’ campaign, the GAA got rocking-horse-shit-rare backing from one Joe Brolly. “Life isn’t fair,” Brolly noted, an ‘interesting’ stance for a barrister. He’d “prefer to see them in Croke Park, it’s a better spectacle,” which was nothing to Donegal’s point. He asked: “Would you rather play the Dubs in Parnell Park?” which Roscommon, Dublin’s superb-eight ‘visitors’, might. And he added: “I don’t make a big deal of it,” which is rarely true. The heat’s getting to him.

Thus, Donegal had to accept promises of a superb-eights “review…by Central Council,” to which “all counties” could “submit observations.” The “issues highlighted by Donegal would be considered” and “if Central Council collectively felt that non-structural changes were required, these could be put to Annual Congress in 2019.”

Meanwhile, on the field… Of the four successful qualifiers, Tyrone appear best-equipped to stop the four provincial champions becoming the All-Ireland semi-finalists, just as before the qualifiers’ ‘back-door’ was first opened in 2001.

They were impressively comfortable winners over Cork, even accounting for Cork’s gutlessness. Their staggering ineptitude led RTE pundit Tomas O Se, a recent Kerry star still playing club football in Cork, to question whether they were “even a football county,” as damning an indictment as Gaelic Games has to offer. This, a mere EIGHT years after Cork were All-Ireland champions.

Cork were nominally competitive for 20 minutes and would have led if Michael Hurley’s goalbound rasper wasn’t saved by Tyrone keeper Niall Morgan. But Tyrone had already blasted two clear goal chances at Cork keeper Mark White. And three second-half goals of varying embarrassing ease helped seal a 16-point win. Cork lost their Munster final to Kerry by 17 points. So, you could say they’d progressed. But you don’t.

The fast-emptying stands at Portlaoise’s O’Moore Park were fair comment on proceedings. This was partly because most of the 10,000 crowd were in for the preceding Roscommon/Armagh qualifier. Roscommon fans had other places to be, with the ‘Club Rossie’ supporters group having organised a post-match meeting in a nearby bar. But even those who stayed on didn’t stay long.

Roscommon won by a form-book six points and would have won by more if they hadn’t, as the Irish Independent suggested, “butchered around four or five other goal chances.” Nonetheless, this match was so much better than Cork/Tyrone as to resemble a different sport. Neither side could defend. But the quality, range and sheer amount of attacking was joyous.

Armagh couldn’t miss, literally, for 40 minutes, and led by three points on 28 minutes, before a wonderful team goal helped Roscommon to a half-time edge. Ros keeper Colm Lavin made a fine 44th-minute penalty save. But Armagh’s Keith Shields netted 110 seconds later and Armagh were only a point behind entering stoppage-time, RTE’s Dessie Dolan mischievously suggesting that they “possibly” got “a few soft frees…to keep them in it, like” (being recent Roscommon legend Frankie Dolan’s cousin was nothing to Dolan’s entirely reasoned assessment…honest).

Roscommon pulled away, though. ‘butchering’ another near-open-goal chance before Enda Smith’s 75th-minute goal finally settled MY frazzled nerves and sparked an exultant pitch invasion, which forced the Tyrone players, 25 minutes before their game’s throw-in, to warm-up in one corner of the pitch.

A fantastic match. But I daren’t wonder what Dublin might do to our defence, in Croke OR Parnell Park. Not least because I haven’t a sofa to hide behind.

Monaghan reached the superb-eights in the lowest-key manner, defeating three of 2018’s Division Four teams, with Sunday’s five-point triumph over Laois not even live on telly. Star forward Conor McManus scored points from all parts of Navan and Laois were never in it. But whether superb-eight Monaghan will be the team which beat Tyrone, or the one Fermanagh beat is impossible to gauge on qualifier evidence.

Kildare became superb-eighters in the highest-profile manner, inspired by ‘Newbridge or nowhere’ week to run lanes through Fermanagh’s (in)famed blanket defence in Saturday’s first half in Navan. There were probably more Kildare fans in Navan than Newbridge, judging by the near-silence from the 11,000 crowd which greeted Fermanagh’s rare first-half scores.

Things could, but probably wouldn’t, have been different. Eoin Donnelly’s speculative second-minute semi-lob bounced down off the crossbar and threw up goal-line chalk. But Daniel Flynn’s full-forward masterclass powered Kildare to an eleven-point interval lead.

“The atmosphere is building in Navan,” Sky’s guileless presenter Rachel Wyse opined at half-time, reading the wrong part of her (bog) standard script (earlier, she referenced Cork and Tyrone “players warming-up behind us” when SKY was in Navan not Portlaoise, where Roscommon and Armagh were…STILL…PLAYING). But the atmosphere was petering out quite quietly, despite Fermanagh’s genuinely ‘whopping’ 13 second-half points when they’d previously averaged 12-per-whole-game.

So, the superb-eights are here. And ‘twohundredpercent’ will be at the heart of the first action, at Saturday evening’s Roscommon/Tyrone, Dublin/Donegal Croker double-header (Roscommon’s match, 5pm, live on SKY…I’ll wave if the cameras pick me out). And, surprisingly, the ‘Grab-All’ Association have grabbed very little. €30 for a seat (€20 on the terraces) for TWO games. Bigger than FA Cup quarter-finals when the FA Cup mattered. Each for, on average, less than English National League South games.

On Sunday, the €20/30 Croker double-header is Kildare/Monaghan and Kerry/Galway. Galway GAA, as a (quite good) joke, wrote to Fifa president Gianni Infantino to suggest moving the World Cup Final kick-off from 4pm to 6pm, to avoid clashing with the “biggest Gaelic Football match of the season so far.”

“If this clash is not addressed by Fifa, your worldwide audience will be diminished,” wrote Galway county board chairman Sean O hEidhin, noting that a 6pm kick-off let the World Cup Final finish “in time for The Sunday Game at 9.30pm.” The fixture clash is, of course, the GAA’s ‘bad,’ from which the letter may, usefully, distract. And some might consider the real joke is that involving Infantino had as much chance of working as protesting to the GAA.

After 20 minutes of Leinster’s hurling final, Kilkenny were 11 points down and, it seemed, counting. But, y’know, ‘nothing in hurling.’ And, y’know, Cody. Kilkenny manager Brian’s teams don’t give up, however lost the cause. And despite Galway looking All-Ireland champions for the first time since becoming champions, Kilkenny reduced their lead to one in the 57th minute. Or so they thought. Conor Fogarty’s shot was flagged as a point. However, Hawkeye technology disagreed, by some inches, and Kilkenny’s stirring revival was over, Galway eventually winning by seven points.

Fair result, too. Galway were often brilliant and fashioned scores by all means necessary, including high balls into towering full-forward Johnathan Glynn, an impact sub in the drawn game and a very last-minute change to the starting line-up here. Kilkenny were often determined and fashioned their first goal thanks to match officials’ dodgy arithmetic, Ger Aylward taking about 13 more steps than the permissible four before netting.

Kilkenny’s second goal, scored by veteran forward and half-time sub Colin Fennelly after James Maher’s mishit shot hit the post, came THIRTY seconds after Galway’s Joe Canning fired millimetres wide. He could have controlled the ball and stuck in the net with his nose but instead tried a flashy first-time finish…and missed. A six-point turnaround but thankfully, for hurling justice, not a ‘pivotal moment.’

Limerick and Wexford had predictably handy-enough preliminary quarter-final wins against Carlow and Westmeath respectively on Saturday and will play Kilkenny and Clare respectively this weekend. While Galway are All-Ireland semi-finalists, alongside Cork. And, from this distance, Galway/Cork looks the likeliest All-Ireland final pairing on 19th August. But, y’know, Cody.

All-in-all, then, an entertaining weekend. And Sky has an hour-long highlights package at 9.30pm on Wednesday. So, if there’s nothing else on the telly…wait…what? Oh…yeah. 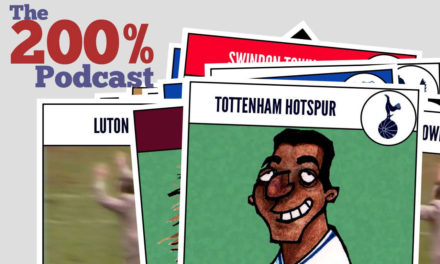 Podcast 248: This is our Everest, Part Eighteen – Wartime Kitchen & Garden 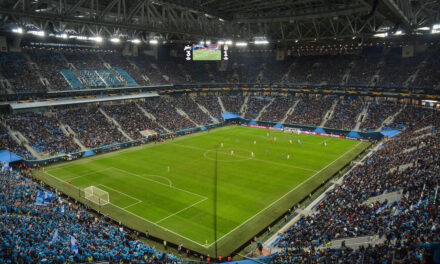