It has been quite an off-season for Liverpool manager Brendan Rodgers. The Luis Suarez transfer saga rumbles on without any apparent prospect of a resolution and promising youngster Raheem Sterling was arrested on suspicion of assault. First team players moved on to pastures new, with Stewart “Better Than Zico” Downing going to West Ham and goalkeeper Pepe Reina taking his wheelbarrow load of international winners medals to Napoli in an acrimonious loan deal.

Coupled with the now 24-year wait for a League Championship title, the retirement of defensive stalwart Jamie Carragher and Steven Gerrard’s forthcoming 46th birthday, you could forgive Rodgers for having a lot on his mind. But what is he thinking about as he approaches the biggest season of his life? We used cutting-edge FBI psychological profiling techniques to find out. The Friday Cartoon is drawn by Dotmund. 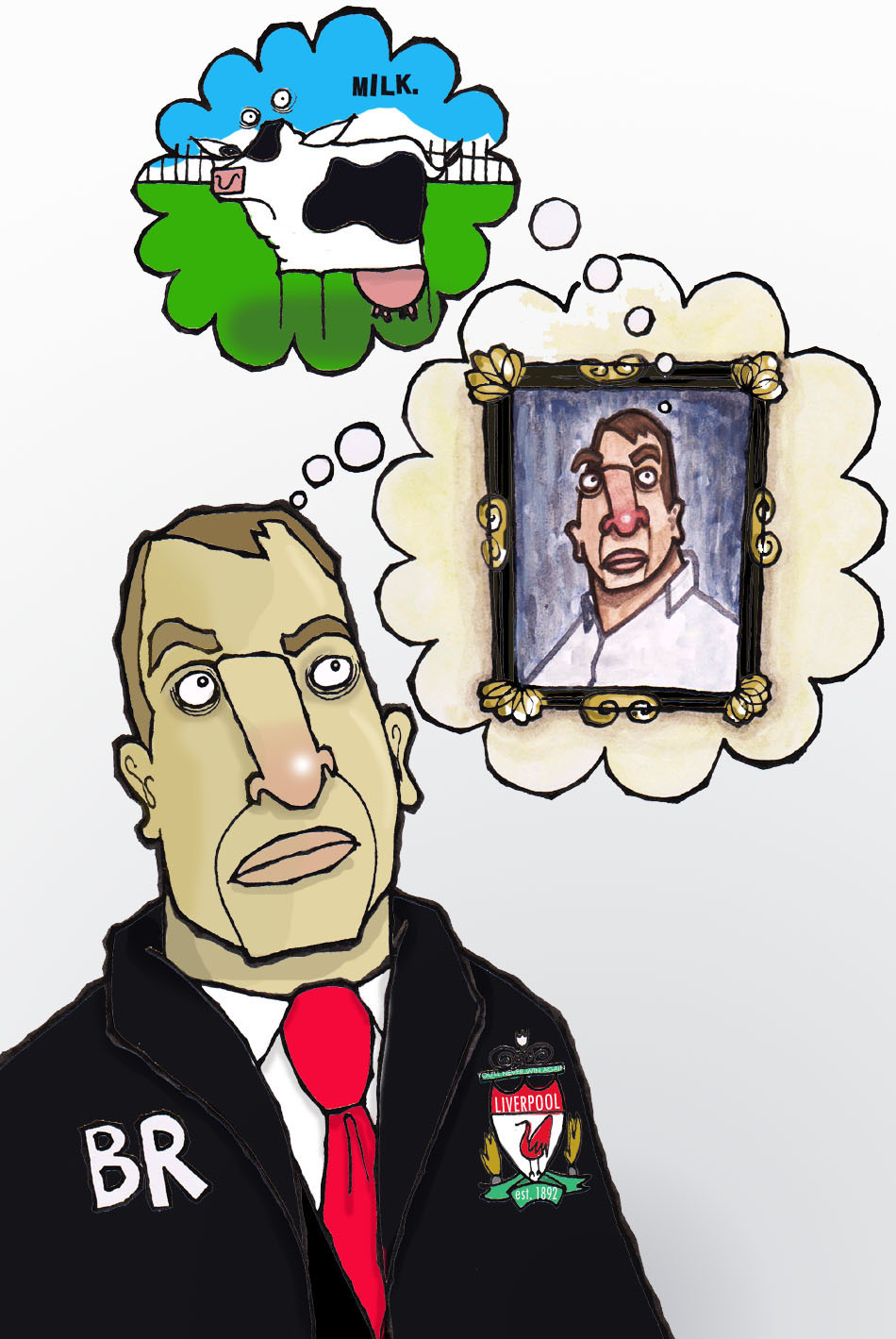 The National League: Spiralling Out of Control