With barely a whimper, as quietly as a mouse, a football club died today at the High Court in London. It might not matter that much to many people that Windsor & Eton Football Club should have slipped from consciousness today, but it matters to some – the couple of hundred or so people that supported them, those that played for them, were amongst the backroom staff and the volunteers that ran the club through well over a century of history, for example. There was and will continue to be a short mourning period for another non-league club that has fallen by the wayside but life, we can safely assume, will then continue as per normal. No lessons learnt, no-one held culpable and no change from the headlong rush towards insanity in which we find our game.

Founded as Windsor & Eton Temperance FC in 1892, this was not a club accumstomed to creating headlines. Members of the Athenian League until 1981, promotion into the Premier Division of the Isthmian League was rapid and, in the autumn of 1983, they held Harry Redknapp’s AFC Bournemouth in the Second Round proper of the FA Cup. The opposition for the replay was already known to be Manchester United in the Third Round and, after Bournemouth won the second match by two goals to nil at Dean Court, Windsor’s opposition went on to beat United in the Third Round, with Redknapp commenting after the match that Windsor had caused them more problems than Ron Atkinson’s team had.

The club managed nine seasons in the Premier Division of the Isthmian League before succumbing to successive relegations. Years of near-misses followed in the Second Division of the Isthmian League before the club was transferred into the Southern League in 2006. The club’s final full season in Division One South and West of the Southern League saw the club lift the championship by a single point from AFC Totton and at the time of their passing were in tenth place in the Southern League Premier Division. In recent years, their Stag Meadow home had also hosted matches for their local rivals Slough Town, another Berkshire club crippled by years of misfortune and mismanagement.

The details of how Windsor & Eton FC came to be in a situation so dire that they came to not even be contesting the winding up order presented against them by HMRC earlier this season are almost grinding in their predictability. The club is understood to have owed approximately £60,000 to HMRC out of a total debt of £137,000 (if these figures are roughly correct, it would hint at why the club wasn’t able to avoid liquidation by entering into a CVA – HMRC might well have had a blocking vote on any proposals that the club might have been looking for), a debt that has slowly built up over the last few years or so. Such mismanagement is endemic within non-league fotball, and this leads us to the question of what happens next for football in the area.

The future of Stag Meadow is likely to be secure. It is owned by the Crown, and it is anticipated that they will allow it to be used for the purposes of football. Perhaps the bigger question is that of where a new club will start next season, and under whose ownership. Chairman Peter Sampson seems to be on his way out and it seems likely that a new man will be charge for the formation of a new club. Its should go without saying for reason from this site that the future of Windsor & Eton FC must be based upon the fundamental principle that this situation must never be allowed to happen again.

The issue of the moral responsibility of a company to repay its debts and small businesses that cannot afford to be left in the lurch by one that can no longer trade is one thing, but the loss of a club to its community is something else altogether. If football is to mean anything more than an unsightly rush towards the madness that we continue to see, the likes of Windsor & Eton must not be forgotten. Paying off Windor & Eton’s tax bill would have taken less than one week’s worth of Andy Carroll’s newly-plumpened wage packet and paying off the club’s total debts would have taken less than a fortnight’s worth of it. This isn’t meant as a reflection upon Carroll himself, but on a more general state of malaise that needs to be addressed before more clubs like Windsor & Eton find themselves in the same position as the club that died today. 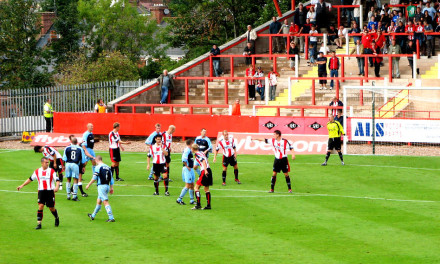 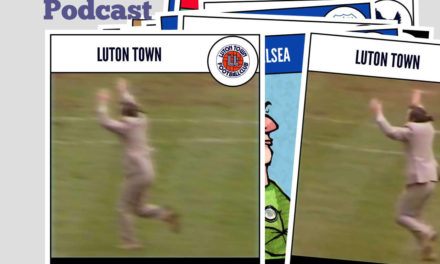