Of all the football figures railing against the appointment of another independent FA chairman, Leeds United chairman Kenneth William Bates was the most predictable. An independent mind and independent voice would also have an independent eye. And Bates wouldn’t be one for independent eyes, in case they saw him for what he really is. That thought occurred as I read a report by Christian Aid, the – surprise – Christian organisation dedicated to the end of world poverty, into the secrecy surrounding football clubs in the United Kingdom. Entitled Blowing the whistle – Time’s up for financial secrecy, the report offered case studies of some of the more secretive clubs, and noted that Bates’ Leeds United “takes secrecy to a new level.”

The way that Bates’ mind works, he would probably be miffed that these words didn’t translate into Leeds actually winning the Christian Aid Secrecy League which forms the focal point of the report – Manchester United fans can be assured their team won more than the Carling Cup this season. But being a voice independent of any footballing vested interest, Christian Aid are quite happy to tell things like they are, which makes for uncomfortable reading for more than just Bates.

It would be easy to joke that world poverty could be near-cured by halving Premier League wages. But the report is only really using football and the proximity to its biggest event, the World Cup, to draw attention to wider points about financial secrecy and the damage that the use of entities such as tax havens can wreak on economies in the developing world. It is an indictment of the game that Christian Aid can use football to highlight such grave dangers. Their frustration and amazement at the lengths to which some will go to mask club ownership is all-too-apparent. A scour through the small print of one set of holding company accounts is held up as “an absurd complication to determining just who owns companies trading in the UK.”

Having discovered the extent of offshore ownership, 70% in the “English” Premier League, a number of searches force Christian Aid to admit defeat altogether: “The location of ownership of a further English Premier League club, a Championship club and a League One club were impossible to verify.” In the case of Ipswich Town’s 100% preferred share owners, Marcus Evans Investments Ltd, the report notes that: “despite our best efforts, we could not prove by documentation where that company is located.”

In Leeds’ case, they have to laugh, or else they’ll cry: “The fact that its ultimate parent company is based through a series of tax havens could be held as the only way that the fallen giant can get a taste of Europe,” they note dryly, before embarking on a welcome borderline-pisstake of Bates himself:

“To be fair, even Ken Bates himself seems a bit uncertain about ownership,” the report adds, before detailing Bates’ revealing volte-face in a Jersey court, when he “adjusted” his position from owning one of only two management shares in Leeds’ 70% owners, Forward Sports Fund (FSF), to FSF having 10,000 management shares “and that, in any case, none of them at all belonged to him.” And the report makes a telling point about the football authorities’ attitude: “While (they) may be content to leave Leeds fans in the dark (about the club’s ownership), a court in Jersey can be commended for attempting to bring matters out into the open.”

All of this, however, only places Leeds seventh in the Secrecy League. This is thanks less to there being six more-shocking examples of financial opacity, than the calculating criteria which adds weight to clubs’ average home gate. Christian Aid justify this as “an attempt to represent the number of fans being denied information.” But this seems un-necessary, and skews the results – most notably in Manchester United’s “favour”, as if the report’s compilers are that desperate for United to win at least one league title this season. As a result, clubs such as Aston Villa are two places above Leeds, even though their ownership is considerably less opaque.

There are some gems of devil in the detail. However much you may have read about it at the time, you still do a double-take at the “estimated family fortune of about US$1trn” that Manchester City owner Sheikh Mansour “has to call on.” $1m, you’re used to. $1bn still attracts some attention. But a “trn”? And still they signed Kolo Toure. “Balram Chainrai must be one of the most reluctant owners in football,” the report notes of Portsmouth’s pre-administration custodian, who said, “I never intended to end up running a football club,” as if he only went out to get the papers and a pint of milk. And the report cuts through the considerable crap about West Ham owners, Messrs Sullivan and Gold, noting that “much of Sullivan’s wealth came from the adult-magazine market,” and that Gold “made much of his money through adult magazines,” as well as more respectable businesses like…er…Ann Summers. Former pornographers, then, with Gold in particular probably wishing he rated far higher on any secrecy index.

The report gets unnecessarily side-tracked into a “Financial Secrecy World Cup” in a clumsy attempt to add topicality. As a matter of (limited) interest, Switzerland were the not-altogether-shocking winners, “after a nerve-jangling tight finish against the USA.” England, you may be irritated to know, lost in the last 16 to Germany. But that feeling may be offset slightly by Germany losing in the quarter-finals to Greece, who went through “by virtue of a worse World Bank corruption score” – the financial secrecy world’s equivalent of “on penalties.”

The report is stronger when it restricts itself to plain facts. It highlights the (non) effects of the ‘Fit and Proper Persons Test” (“the list of those who have fallen foul of the rules in the past six years consists of precisely two people”). And it also provides concise case studies of the more (in) famous of recent club ownership basket cases. As well as Leeds, we are given an overview of clubs such as Portsmouth and Notts County. Even for readers steeped in the details of these cases, the outside perspective is refreshingly clear and only serves to emphasise just what was so wrong. As the report says about County, “the world’s oldest professional football club came perilously close to being wiped out by unidentified interests.”

Given its firm stance on transparent football ownership, it is no surprise that both Supporters Direct and the Football Supporters Federation are firm supporters of, and contributors towards an open letter to, the report and its aims. The letter makes the bold claim that “if English football clubs stopped being customers of tax havens and legal secrecy hide-outs, the loss of trade would not be noticed.” What this says about the real motives of Bates et al, they leave readers to ponder.

But the report is naturally strongest of all on the effect of financial secrecy on poverty in the developing world – its general area of expertise – highlighting the damage being done by tax havens in particular. South Africa is given special attention in its own chapter, with intriguing details of its revenue service’s battles with one David Cunningham King. King has found time to be charged with three hundred and twenty-two financial misdemeanours while being a non-executive director of Rangers, for whom he reportedly made a bid in January of this year. “Among the many twists in King’s battle with SARS,” the report says, “it would appear that his mother Agnes now owns shares in Murray Sports Limited”, a company within the business empire of Rangers’ owner Sir David Murray. It isn’t entirely believed that Agnes has a thorough business interest in Rangers. And it is not known whether King is regarded as “fit and proper” to own a football club.

For all the horror stories of football club ownership, however, the report is careful to put the opacity of football clubs into the right perspective, and does so with trademark clarity in its very introduction:

“For football fans, it can jeopardise the very existence of their much-loved clubs. In developing countries, that impact is much more marked. There, financial secrecy costs lives.”

Blowing the Whistle is an interesting and thought-provoking read. No-one need be put off by the report coming from an unashamedly religious organisation – one disconcerting reference to “the framework of relational theology derived from St. John’s Gospel” aside, the text is mercifully free of such overtones. And it is equally free of jargon in general. So if anyone is stuck for what to get Ken Bates for his birthday (and the old twister even “seems a bit uncertain” about when this is, given the two different dates he’s given on company ownership registration forms down the years)… now you know. 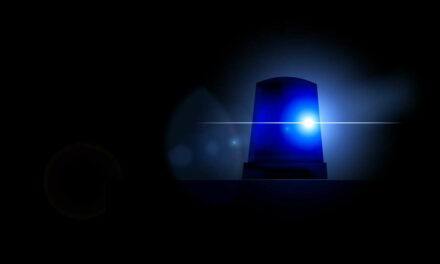 Podcast 136: He Absolutely Larruped It