They waited at the airport with cardboard signs with its name scrawled upon them in marker pen. They stood by their phones waiting for a call from a familiar yet unfamiliar number. They paced around their living room, occasionally flicking back to the curtains to peer out of the window and up the street. But when the call came through from Moscow, it wasn’t the news that they wanted to hear. Not this summer. Not this year. Not this time around. Football will be staying, as it now has for a little over half a century now, somewhere else again this year.

The initial reaction to such a defeat is to consider it some sort of tragedy, as though the elimination of England from a World Cup is somehow more significant than that of anybody else. It isn’t, if course. On the night, the team was just edged aside by a nominally stronger team at the end of a match that reflected its balance of play with perfect judgement. England dominated the first half, protecting an early lead with the minimum of fuss. Throughout the second half and extra time, though, they were out-thought and out-muscled by a stronger, more street smart team.

For forty-odd minutes, though, England were at least permitted to dream. It took less than five minutes for Kieran Trippier to curl a perfect free-kick over the Croatian wall and into the top corner of the goal, and from there on England controlled possession very much as they had in several of their earlier matches. The chances to extend the lead came, too, to Harry Kane, who shot against the post from a tight and improbable angle, and to Jesse Lingard, who placed a low shot narrowly wide when in space on the edge of the penalty area. They thoroughly merited their half-time advantage.

It’s July, though. These players have been going at full pelt for eleven months. As the second half, this semi-final started to carry the familiarly frazzled air that so many matches played at this stage of a major tournament do. Plans and game management started to fade. Muscle memory, experience and mental toughness started to kick in. Croatia, already pushed to extra-time and penalty kicks twice in this competition, started to wear the England defence down and midway through the second half Ivan Perisic contorted his body to turn a volley past Jordan Pickford to bring them level.

We might not even have made extra-time, either. Minutes after dragging themselves level, a low shot from Perisic beat Pickford and bounced out off the inside of the base of the goalpost and Ante Rebic scuffed the rebound. The sigh of relief from England might even have been heard in Moscow, but this was really little more than a sign of things to come. Rather than taking this as a final warning that they were no longer involved in the same match that they had an hour earlier, though, England continued to wilt, being pressed back to a defensive position that felt a little like being pinned down in a wrestling match.

They tried to fight back, of course. In the first half of extra-time, John Stones had a header cleared from the Croatian goal-line which would have snatched their lead back. Three minutes into the second period of extra-time, though, Croatia landed the decisive blow when Mario Mandzukic took advantage of a little English defensive uncertainty to slide the ball wide of Pickford and in. It was, in all honesty, nothing more or less than exhausted defending from England, eyes taken off the ball for a couple of seconds. Hugely disappointing, but entirely understandable, given the circumstances. As the clock ticked down, though – and a total of seven minutes of stoppage-time given over the entire thirty minutes of extra-time was generous, if nothing else – this time there was no escapology act to dig England out of their hole. The better team won, and there’s nothing to be embarrassed about in saying that.

There’s much to be said about Croatia’s arrival in the final of the World Cup. They may have required extra-time in all three of their knockout matches, but a country with a population of a little over four million people getting to this stage is an exceptional achievement. This is, after all, a country that played its first match in its modern incarnation four months after England last played a World Cup semi-final, and in the intervening twenty-eight years they have reached the quarter-finals of the European Championships twice, the World Cup semi-finals, and now the World Cup final. France should be too strong for them in the final, but underestimating their toughness would be a fool’s errand and it’s entirely possible that they could cause a surprise in the final, especially if France turn up in Moscow on Sunday under the assumption that they have already won the tournament.

England, meanwhile, now play Belgium on Saturday for the bronze medal place. It would be encouraging for the team to end the tournament on a high, but Belgium are very strong throughout and the likelihood of this happening seems somewhat distant. What has been striking about England’s performance at this World Cup, however, has been the sense that this is all the start of something rather than its end. They’ll get to test their mettle again against Croatia in UEFA’s new Nations League – they’ll also have to play Spain – while the European Championships in 2020, which will have their semi-finals and final played at Wembley, might even look like a realistic target for greater success. Furthermore, the success of England’s junior teams over the last couple of years lends hope to the possibility that the FA are finally getting their youth development right in a way that they haven’t before. Short of the obvious disappointment at elimination from the tournament and the nagging feeling of what a great opportunity this was, there’s plenty for England supporters to feel optimistic about this morning, even if it might not necessarily feel that way right now.

Take a moment to think about that, though. The disappointment of losing a World Cup semi-final. Just a few weeks ago, the summit of ambition for England was to have a squad of likeable players in Russia, playing football that wasn’t the equivalent of pulling teeth and who didn’t embarrass themselves too much on the global stage. Over that intervening time period, they’ve won a match in the last minute, rattled six goals past a hapless opposition, recovered from conceding a last minute equaliser to hold on to parity and win a penalty shootout, and breezed past one of their contemporaries in a comfortable World Cup quarter-final win. They’ve outstripped just about everything that we expected before the tournament started, and they’ve done it with a manager and team of which, for once, we can feel justifiably proud. They’re not the greatest team in the world – and those who started to believe that they might be were really only fooling themselves – but they’ve done what they could to the best of their abilities, and that, realistically, is about as much as anyone can ever ask of them.

But it’s not coming home. If there’s one lesson that we all should probably have learned from eighty-eight years of World Cup football, it’s that the game ceased to be the possession of the English many, many decades ago, and that it has grown more diverse and more sophisticated as a result of this. In the twenty-first century this game belongs to the whole world. But we all knew that this was almost certain before a ball was kicked, and England can take considerable heart from their reconnection with the public at home, that they gave it everything they had, and that there are signs that there may be further improvement to come. And in comparison with the slow downward curve that the team has followed since last reaching the quarter-finals of this tournament in 2006, the arrestment of that feeling of decline, a handful of wins and feeling as though a place in the World Cup final was possible feels like enough. Pride comes in many flavours. The England team and manager should feel proud of what they’ve achieved over the course of the last few weeks. After all, it’s not so long ago that we felt as though we would never even find ourselves here again.

For The Sixteenth Time This Season… Chester City 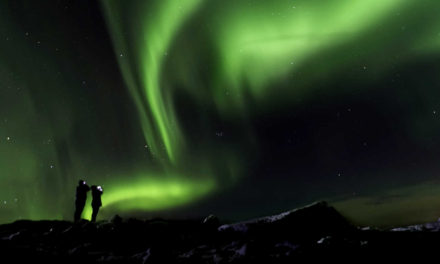 Podcast 254: This is our Everest, Part Twenty-Four – That’s Life!