With seventeen minutes left in the France/USA semi-final, Eurosport analyst Emma Hayes was asked if the game, already a classic, was going to extra-time. “We’re going to extra-time,” she declared, “unless someone puts a good ball in and Abby (Wambach, USA’s combative centre-forward) gets on the end of it.” This was an ‘interesting’ comment. France had come from a goal down to level at 1-1 and considerably dominated the second half. Yet Hayes didn’t even contemplate another French goal. It was, I thought, more of Hayes’ excruciatingly pro-US commentary, more of the Eurosport unprofessionalism and lack of dispassion to which Jen O’Neill confessed after her US quarter-final commentary. It turned out to be precisely why Hayes is working as an analyst on international television at one of the most important tournaments in world football, and why I’m sat at home with a bottle of diet Tizer and a packet of digestives, watching it on the box.

Even without Hayes’ prompting, the Americans had an aura of invincibility about them in this match. They may only have reached the French penalty area every twenty minutes. Yet each time they did, a goal looked on, whereas the French usually shot from distance, either at US keeper Hope Solo or Row S behind the goal. With this, Hayes informed us, Solo was quite happy. So that must have been a broad grin on Solo’s face as Sonia Bompastor pinged one against the crossbar from 30 yards on 33 minutes. The US defence were equally happy with this distance pot-shooting, “because we have the best goalkeeper in the world,” quoted Hayes, who wasn’t about to dissent. Yet I looked in vain for beaming American faces when Bompastor’s left-wing cross skidded past the best goalkeeper in the world to draw France level. They were beaming at the end, though. “Abby will take her chances,” said Hayes. And despite missing a first-half header from two yards, Abby did as she was told by the schoolmistress-y pundit, before Alex Morgan rounded the job off, having got on the pitch at last for the abysmally out-of-form Amy Rodriguez, who played throughout the tournament like her nickname, A-Rod.

France were undone by their own profligacy and horrible goalkeeping from Berangere Sapowicz. Celine Deville kept like Celine Dion against England. But Sapowicz gave no indication as to why she should have got her place back after suspension. Wambach scored from a corner which hung in the air long enough for the French to substitute Sapowicz. They probably should have tried. Hayes, meanwhile, is reportedly in the frame for the England manager’s job when Hope Powell calls it a day. Eurosport’s Tim Caple certainly got some mileage out of this. He admonished Hayes for her frequent American-isms (“end-line” for “goal-line”, etc) by suggesting “that’s not going to be any good if you’re going to be next England coach.” And he noted, after the two sides’ substitutions had contrasting effects on the game, that “this international management thing’s not easy.”

Awkward silence was Hayes’ default position on these jibes during the game. But despite her post-match protestations that she would “love” the England job at some indeterminate time in the future, it seemed like it was the US job she was after. “This is what makes America wonderful,” she proclaimed, after one relatively insignificant piece of US play. “The things that make America great,” she added a bit later, apropos of not very much, it seemed to me… though I couldn’t see the whole screen, as an empty diet Tizer bottle went flying towards it at a rate of knots.

Japan, meanwhile, are Barcelona. The tendency to label any team ‘Barcelona’ if they are consistently capable of more than four passes in-a-row reared its head during the Japanese men’s successful Asian Cup finals campaign. And it was no less irritating here. That said, Japan were a joy to behold against Sweden, many critics’ pre-match favourites. Aside from nervy starts to each half – which proved costly in the first one – Japan dominated the tournament’s only previously unbeaten side with a fluidity that made for more pleasant viewing than many equally one-sided contests. Even manager Norio Sasaki was pleased. A man who reportedly rarely smiles (and, boy did the various TV commentators throw verbal shapes to avoid calling him ‘inscrutable’), Nasaki was having as much of a ball as the rest of us as his side dismantled the Swedes.

Sweden were nominally level at half-time. However, striker Lotta Schelin was already taking out her frustration on Japanese defenders; the frustration of a loser who knows they are going to be a loser but are powerless to stop it. The Swedes clearly missed captain Caroline Seger, who took Eurosport by surprise by injuring herself in the warm-up (“what’s Hammarstrom doing on the pitch” – Hayes). However, it seems unlikely that one player, whatever their inspirational qualities, would have bridged that gap. Hayes suggested that ‘steely’ midfielder Nilla Fischer could have somehow stemmed the tide because she moved like… er… the Spurs midfielder Tom Huddlestone. It would be interesting to see who contacted their lawyers first about that one. Fischer was suspended, though (and in a World Cup of surprises that was one dead cert). So the comparison was superfluous.

If Nahomi Kawasumi headed Japan’s equaliser then she was wearing Swedish boots on her head. And Japan’s second goal was as scrappy as the rest of their play was slick. But there was no doubting the majesty of Kawasumi’s second goal. “A hopeful shot from 35 yards,” noted Fifa’s website. It was better than that. The final will, therefore, be a contrast of styles… in that Japan have some. Martin Samuel may not think Japan are a good side. But, hey, he can’t be right all the time. Yet the Americans still seem to possess the aura of champions. They’ve now been outplayed to varying degrees for various reasons three times. Yet they’re still there. And with Abby Wambach wambach-ing about, and Emma Hayes cheerleading from the commentary position, how can they lose? 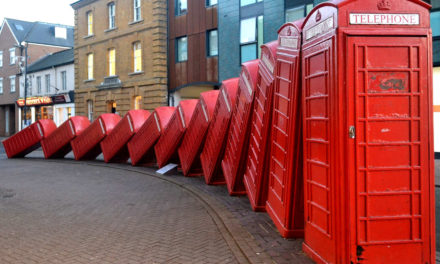 There Is No Such Thing As “Football”