A web of intrigue awaits in the last round of matches at the Women’s World Cup. Most of the quarter-finalists may already be known. But Germany’s stuttering start – caused partly (whisper it) by taliswomanic striker Birgit Printz being a non-event – leaves them needing to beat an impressive France to win Group A. Otherwise, Japan face England in Group B earlier on Tuesday with the winners possibly facing Germany in the quarters. A “tactically fascinating” battle methinks. England haven’t yet worked out whether to resemble the men’s team in 2006 (useless but winning) or 2010 (useless). And they fitted New Zealand coach John Herdman’s description of them as “rigid” and “predictable” to the letter in Dresden on Friday until Jill Scott’s well-fashioned equaliser.

Striker Eniola Aluko largely snubbed the negative comments on Twitter after her profligate display against Mexico: “I responded to two people and I saw about 15 comments so there’s a lot of people I ignored too which takes a lot.” Unfortunately ignoring thirteen people took such a lot that she was disappointing again against New Zealand. But England deserved to win possibly the dirtiest-ever international football match without a booking. Germany’s 1-0 win over Nigeria was euphemistically labelled a “physical encounter” in official match reports, but even the vibrant (i.e. violent) Nigerians didn’t have a Katie Hoyle in their ranks, New Zealand’s livewire mix of Claudio Gentile and a p****d-off Roy Keane.

A genuinely vibrant Japan showed up Mexico’s limitations in a way England could not – 4-0 didn’t quite tell the whole story – and whoever they meet in their quarter-final, it will be at least a round earlier than it deserves to be. France similarly showed up Canada’s limitations in a way that Germany could not. “Don’t dwell on it there!” screamed an exasperated Jen O’Neill on British Eurosport during Canada’s general faffing around which preceded France’s second goal in their 4-0 win. And it seems O’Neill was right to suggest that the “beatings would get heavier” as the plucky smaller squads of the first round were fully exposed to the favourites’ talent (bar Germany).

The United States would have beaten an out-muscled Colombia by more than 3-0. But Abby Wambach – whose name doubles as a description of her playing style – was imaginatively profligate, missing chances of all shapes and sizes. Her one effort on target was a studs-up lunge on the thigh of Colombia’s overworked keeper Sandra, which Eurosport’s commentators somehow thought was harshly punished by a rare yellow card – even after three replays, each more gruesome than the last. But while most teams have had one malfunctioning forward, Sweden have had two; Lotta Schelin almost outdoing Jessica Landstrom’s off-beam first-round efforts with some splendid Row Z-ers in their 1-0 win over Korea DPR. The Swedes play USA in Wednesday’s Group C decider. But the States look a cut above everyone bar the Japanese so far, while certainly making the knock-out stages in the irritating team tournament.

Lining up to salute American servicemen in the crowd after going one-up against Colombia probably divided political opinion but was certainly more appropriate for the final whistle than the 12th minute. And Megan Rapinoe singing “Born in the USA” down the effects microphone after scoring probably didn’t even endear her to Bruce Springsteen fans (the song is, quite famously, not the thumping patriotic rallying cry many seem to think). Her glaring miss later in the game at least spared us an encore – or perhaps she only knew one Springsteen song.

Mind you, it wasn’t the most disturbing music reference of the round, with incredulity expressed by both O’Neill and BBC summariser Lucy Ward that England’s players had mostly never heard of the Spice Girls. O’Neill should have left it at that, rather than admitting she liked Spiceworld – The Movie “not for ironic reasons.” I know I’ve banged on about O’Neill’s analysis, and after years of Mark Lawrenson saying “Crikey O’Reilly”, she is a godsend. But you can go off people…

Brazil, predictably, are another godsend. And I certainly won’t answer the phone at the start of the second half of any more of their matches. Marta may carry some of the less invigorating tracts of superstar footballers – especially her…ahem…‘inconsistent’ balance. But her virtuoso goals against Norway were the magic which was one of the few things this tournament previously lacked. Sadly, it will also lack Equatorial Guinea after Wednesday. Striker Anonman finally got on the scoresheet with carbon copy goals against Australia – just as O’Neill predicted (Spice Girl penchant partly redeemed). Oscar Wilde would have told Aussie defender Servet Uzunlar: “To lose possession once to Anonman, thirty yards from goal, may be regarded as a misfortune. To lose it twice looks like carelessness. Just hoof it.” (well, maybe not that last bit). And if the BBC’s A Question of Sport ever needs a new “what happened next?” clip, Guinean defender Bruna provided it.

With her side already 1-0 down she caught the ball eight yards from goal after Leena Khamis’ shot rebounded to her off the post – either because she thought the whistle had gone (as I assumed, from the TV pictures) or because she was in the grip of temporary insanity. The referee either didn’t see the incident or didn’t believe what she did see. And Bruna dropped the ball to the floor and ran away before anyone, bar a screaming Khamis and one of her teammates, noticed. Priceless and, thankfully, not significant, although Australia might not have thought so when Anonman equalised five minutes later

Brazil against Equatorial Guinea would have been a spectacle and a half if there was much riding on the game. But now there isn’t, so it probably won’t be, which is a shame. And if you haven’t dipped your TV toes into this competition yet, you should. British Eurosport had covered every kick live until the Tour de France impinged on their schedules. But there’s still plenty to see and, on current form, plenty to enjoy. Even England. Sort of.

Memories Of The UEFA Cup 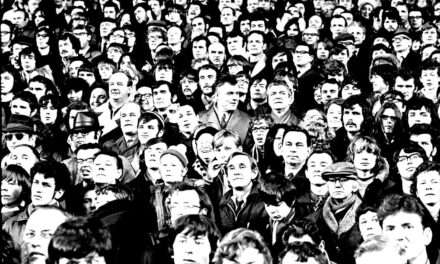 It’s a Shame About Ray