There has seldom in the entire history of the World Cup been a week like this. Last night, holders Spain crashed out of the tournament at the very first hurdle following a chastening defeat at the hands of a Chile team that is starting to look capable of going all the way this summer. Meanwhile, at the other end of the spectrum, Australia are also eliminated from the competition after a thrilling match against the Netherlands in which they took the first team to put Spain to the sword all the way in a match that will be long remembered by who all had the good fortune to watch it.

The Netherlands eventually overcame a supremely spirited Australian performance, during which they came from behind before surrendering that lead. Australia, we can say with justification, may have come up a little light on technical ability, but on application they simply cannot be faulted and can count themselves supremely unlucky to have been eliminated from the competition with a game to spare. The highlight of the match was Tim Cahill’s spectacular volley to draw them level barely a couple of minutes after Arjen Robben had skipped through their defence to give the Netherlands the lead. Expectations of Australia this time around were low, but their supporters can be rightly proud of what they’ve achieved in the two matches that they’ve played so far.

At the other end of that spectrum, Spain are headed home after a performance against Chile which continued where they left off against the Netherlands in terms of toothlessness. Two first half goals were enough to end this match as a contest, both coming as a result of moments of technique so dazzling as to serve as reminders as to why some people are international footballers and others aren’t. After twenty minutes, a break on the Chile right hand side ended with the ball at the feet of Eduardo Vargas, who, at the moment of what should have been maximum inconvenience, lost his balance and fell backwards but still managed to extend a leg and drill the ball into the bottom corner of the goal.

It was a goal that brought every Spanish insecurity to the surface. The masters of possession football were now chasing the game, but Chile kept the pressure on them relentlessly, chasing down every ball, harrying, hassling and being an inconvenience, and with two minutes left to play of the first half, they scored the second goal that their endeavours deserved. Iker Casillas beat out a shot from the edge of the penalty area and the ball fell almost under the feet of Charles Aranguiz, but Aranguiz managed to adjust his body just enough to fire in a second shot that flew into the goal and complete a dismal first half for the defending champions.

The evidence of almost the entire first forty-five minutes had been that Spain’s time in the sun was up, but the whole of second half was still to play. As things turned out, however, the second half continued much as the first half ended. Chile continued to fizzle with effervescence while even the body language of the Spanish players more than hinted that those in red would almost certainly preferred have to been just about anywhere other than on the pitch at the Maracana stadium. The television commentators tried to continue to keep us on the edge of our seats, but even the addition of an improbable six minutes stoppage time at the match couldn’t create too much of an illusion that this was anything other than a comfortable victory for Chile. Spain, then, go home and whilst the death of possession football certainly seems to be something of an overstatement, there can be little doubt that for this generation of Spanish players, time is just about up.

The excitement of the first two matches couldn’t carry over to the third. Cameroon needed to win their match against Croatia in Manhaus in order to stay in the competition, but their shortcomings were lain horribly bare by an impressive Croatian performance. The lowlight of an unimpressive evening for Cameroon came shortly before half time, when Alex Song was sent off was dismissed for a petulant slap cum elbow aimed at Croatia’s Mandzukic, an act of childish thuggery that thoroughly merited the red card which inevitably followed it. Cameroon will join Spain on the first flight home after their final match having brought little or nothing to the tournament of any value apart, perhaps, from the feeling that the notion of Cameroon team coming through that thrilled the world in the way that their predecessors of 1990 did. A four-nil rout was no less than either team deserved from this match. Perhaps Cameroon will recover a little pride in their final match. On the basis of the evidence provided last night, however, it seems likely that Spain will at least not depart this tournament completely empty handed.

Well, Chile were the story of yesterday, but this isn’t the first time that they’ve been at the centre of media attention at the World Cup finals. Fifty-two years ago they played Italy in a match that would quickly come to be known as “The Battle Of Santiago,” and you can witness some of the highlights of this match today, including a quite splendidly pompous introduction from the one and only David Coleman. 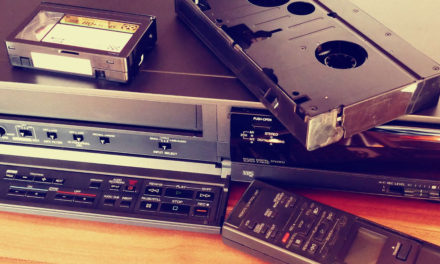