Stuck In The Middle With England

Upon the final whistle blowing in Samara on Saturday afternoon, there was a sense of disbelief punctuating the celebrations marking the England team’s first appearance in the semi-final of a World Cup since 1990. Over much of the intervening twenty-eight years, England’s performance in the finals of major competitions has been notable for melodrama more than anything else. We’re all familiar with the plethora of subplots that wrestled their way into the public consciousness, from Gareth Southgate’s missed penalty kick against Germany in 1996 to the entire team’s feeble capitulation against Iceland two years ago, the incrimination and anger after the inevitable defeat, and the sense that history is merely repeating itself yet again with a different cast of characters.

That sense of melodrama isn’t one way traffic, either. They tend to get a little lost in a morass of negativity, but there have also been occasional pearls amongst the swine. A performance for the ages against the Netherlands in 1996, Michael Owen’s marvellous solo goal against Argentina in 1998, turning on the style in Munich in 2001, the introduction of Wayne Rooney at Euro 2004. It hasn’t always been bad news, but it has always been hysterical, and perhaps the biggest difference between watching England now or, say, watching them fifteen or twenty years ago has been the extent to which the failures continued unabated while the moments that made it worthwhile started to decrease in frequency. Those of us who can remember 1996, 1998, 2001 or 2004 (it’s a list almost infinitely expandable in either direction) would do well to also remember that there is a generation that has never even had those occasional pearls. There is a generation younger than mine who can only remember the gruel of the last decade and a half or so, for whom it’s been all swine, all the time.

Thus far in this tournament, even the apparently alchemist skills of Gareth Southgate, newly crowned as the greatest manager that English football has ever seen, had been unable to completely arrest that particular trend. A last minute goal against Tunisia and conceding in the last minute before going on to win a penalty shootout against Colombia seemed to have confirmed that. Against Sweden on Saturday afternoon, however, there was nothing. No inexplicably disallowed goals or missed penalties, no players losing their heads for a second and getting themselves sent off, no howls of entitled anguish from the tabloid press and no immediate calls for a sacrificial lamb. Forget everything that had come before it. The match against Sweden was the point at which things truly started to feel different for England, this summer.

There is, of course, still time for all of this to change. The last two years have been a febrile time in this country, and it will only take one individual mistake for those pitchforks to start to be sharpened again. Something this summer, however, has been different. England is a country that has been undergoing an identity crisis for years, now, and into the vacuum into which a national identity might otherwise have been found has poured poison, in recent times. The snarling face of nationalism, however, is far from the only voice of England, no matter how much others may wish to project that idea that it is. It is a voice that has been amplified beyond measure by a combination of shouting the loudest and rattling around the echo chamber of social media, shared and liked with glee by those with motives other than the performances or results of a football team at a particular moment in time.

During such a period, it is inevitable that those with agendas will seek to attach significance and importance to such symbols as a national football team, but what has been striking about the England squad this summer has been the extent to which it has continued traversing its course without paying much mind to any of the white noise that continues to hum in the background. At a point at which, if such a thing actually exists, England’s innate sense of the melodramatic should have kicked in on Saturday afternoon… it didn’t. Some of the responsibility for this rests on Swedish shoulders, of course, such was the paucity of their performance. But otherwise, a relatively comfortable journey through this match added another tiny, unexpected achievement to a list which already included winning a match in the last minute, running up a record World Cup finals win, surviving a last minute equaliser and winning a penalty shootout.

All of which brings us onto the subject of Gareth Southgate, simultaneously that most English and unEnglish of football managers. On the one hand, with his waistcoats and slightly uncomfortable demeanour, Southgate couldn’t possibly be more English. He is even named after a station on the London Underground, for goodness’ sake. On the other, however, he couldn’t be less like the archetypal England manager of our collective imagination. There is a reason why the film “Mike Bassett: England Manager” became as successful as it did. For as long as any of us can remember, the English football manager is a very particular stereotype, all bluff and bluster, revelling in his ignorance of the sophisticated changes that have come to the game, still seeking relevance through trying to channel the spirit of Richard the Lionheart or Winston Churchill into overwrought pre-match team talks that are all heat and no light.

The Football Association has spent much of the last twenty years oscillating between two ends of a spectrum entirely of its own creation. At one end was “the British manager”, all heart, pride, and character, seemingly raised in the belief that Roy of The Rovers was biographical and entrenched in tenth-hand war analogies and something that looked more than a little like English exceptionalism. At the other was the sophisticated continental type, preferably glasses-wearing (because when one is sophisticated one has to look at things closely, and this inevitably damages the eyesight), suit-wearing, and with an interest in art galleries and exotic women. Once Sven Goran Eriksson was appointed into the job in 2001, the FA spent a decade and a half jumping from frying pan to fire, apparently unable to understand why neither of these crudely drawn stereotypes was working as they’d hoped. Over time, public disappointment turned to ridicule, and ridicule turned to disinterest. But in Southgate, the FA found that they had the perfect manager for this team right under their noses, and his growing confidence has reflected that of a team that is finally, finally learning to break from the multiple straitjackets of the past.

Thousands, possibly millions, of words will be expended over the next forty-eight hours or so on the subject of Gareth Southgate, so I’m not going to add to that noise with a further thousand words on the benefits of wearing a waistcoat or actually preparing for a penalty shootout for once. There is, however, another side to the reception of Southgate as the manager of the England team that is worthy of reflection. We live in an era of grotesques, of distorted public figures who frequently look as though we’re viewing them in a hall of mirrors. Gareth Southgate – and, since we’re heading down this rabbit hole, his players – is emphatically not one of these. He is a bloke. A man. Just a person. He doesn’t say outrageous things for money. He doesn’t, so far as we know, indulge in conspiracy theories or any other form of crackpottery. He is, so far as we can ascertain, fairly humble, very hardworking, quite intelligent, and realistic in balancing his goals with his dreams. And it says a lot for the age in which we live that such a normal person with such ordinary characteristics should have been leapt upon as being some form of  saviour. In an era during which the dominant public personae have included Nigel Farage, Boris Johnson and Katie Hopkins, perhaps it isn’t surprising that the public have responded to the arrival of someone so… temperate into this particular position.

In amongst some occasional chatter about the actual football itself, there will undoubtedly be a deluge of words on the subject of what this summer’s England performance says about the state of the country itself, as though it could say anything much at all, over the next few weeks or so. From an entirely personal perspective, it does mean something to have a team that is trying to play attractive football and which is made up of likeable people, and it does mean something to have a manager who is paying close attention to detail, is maximising his players’ strengths, and who is capable of stringing together a few sentences for post-match interviews that aren’t wilfully stupid and which don’t make completely irrelevant references to Dunkirk or the Battle of Hastings. And perhaps the reason why Gareth Southgate’s character has resonated with so many people is that, in this age of grotesques, it has gone somewhat unreported that the vast majority of us do not wish to fall into the polarised camps that it often feels as though others are trying to force us into.

One of the biggest ironies of the last couple of years has been that, after decades of being “the problem”, football now seems to be being touted as something which can offer us a “solution.” But it isn’t as simple as that, of course, and the response to politicians and companies seeking to piggyback on the success of the last couple of weeks has been telling. Hijacking football for political purposes certainly isn’t very popular at the moment (consider, for example, the derisory response to UKIP’s “Football is coming home” tweet), which isn’t surprising when we consider the extent to which politicians continue to plumb new depths of public distrust, whilst corporations sponsored tweeting their definitely sincerely held support for the team are being met with similar exasperation. The ice cold takes will likely feel a little like the middle third of The Day After Tomorrow when they arrive, but at least it’s likely that they will broadly be considered for what they are when they land – of zero to little consequence. And why yes, yes that does include these ones.

In the meantime, no-one has to be infuriated by the noises that would seek to drown all others. If the tabloid press are being obnoxious, ignore them. If they’re being retweeted into your Twitter timeline, block them or mute them. Keep the television switched off until just before kick-off and keep the volume on the television low throughout the duration of the match, if you’re concerned about the level of potential or actual jingoism from the commentary team. There may yet be drama to be written of which we do not know, of course, but it’s important to bear in mind where we’ve come from and how we got here. Should they get past Croatia on Wednesday night, this England team will have achieved something unprecedented for England supporters below a pensionable age. They entered this tournament with the right balance between hope and expectation, and have already exceeded almost most predictions. No matter what happens between now and next Sunday, this has already been an extraordinary tournament for them, regardless of what loud and angry voices who want us to be loud and angry too might want us to believe. 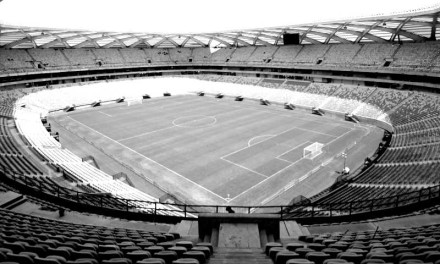