There’s a chance that the summer of 2017 will, presuming that society doesn’t completely collapse over the next couple of months or so, come to be remembered as The Summer of No Football. There is a feeling of apathy hanging over the game as the year reaches its longest day, an air of lethargy that feels only accentuated by the heatwave that is currently overwhelming so many of us.

For those of us that have thrown our lot in with writing about the game, this provides something of a dilemma. Our raison d’etre – be it money, an interest in the game that borders on obsession, or whatever – feels fast asleep, and the temptation to leave it in that state for another few weeks can feel something close to overwhelming. In a month or so’s time, the blanket coverage will begin again. Of that we can be certain. But what do we do in the meantime? Do we go into reverse hibernation and sleep through until it all starts again in August? Or do we peer into the thin-looking gruel and see if there’s any nutrition whatsoever that we can take from it?

A quick look at this morning’s sport pages tells a story of its own. Leading the way is rumour so strong that it is effectively fact regarding the likely transfer of the thirty-four year old Dani Alves from Juventus to Manchester City this summer, a story likely to be of little particular interest to that many people outside of Turin or Cottonopolis. Then there’s the Confederations Cup, currently playing out to a deafening sound of global indifference in Russia with its fingers in its ears regarding the current global geopolitical situation. I mean, we could write about that, but I’ve got to be honest here and mention that the amount of criticism that we’ve received for not having done so has been precisely zero.

The Guardian’s big project has been Sport 2.0, a series covering the changing nature of sport in the twenty-first century. In amongst this series was a lengthy article on the subject of e-football and gaming which touched on a subject that few within the game’s bubble seem prepared to talk about openly, that of the possibility that the game itself is, depending on your personal prediliction, either entering a period of either decline or evolution. But like a middle-aged man discovering hip hop for the first time, it feels as though this is all being interpreted by the wrong people through the wrong lens. Consider this bold statement:

Hashtag United play real football in an imaginary league and their matches are watched on YouTube by upwards of half a million people – figures that most professional teams wouldn’t dare dream of.

Well, it’s a hot take for sure, but it’s also palpably nonsense. Watching a match of any sort on YouTube requires only the press of a button, and YouTube viewing figures aren’t exactly a reliable indicator of very much. There are plenty of other vloggers with figures that dwarf these numbers, and the hubris of the man behind the scheme saying that, “We now have long-term plans for Hashtag, which may involve moving out of this division structure” hints at a move away from the brave new world of streaming through the internet and into the more conventional side of the game. We shall see, how many of those half a million people per game stick around should they have to pay for their product.

None of this, however, is to say that football hasn’t got an air of decline about it at the moment. Over the course of last season, it felt as though there was the onset of a creeping realisation that the game’s infinite boom bubble wasn’t as secure as some had presumed. Television viewing figures were down year on year, and in prestige competitions such as the Premier League and the Champions League, as well. But in an altogether more prosaic way, it feels increasingly as though football is a middle-aged and older game.

It remains completely in hock to subscription television channels, which in itself is very much a twentieth century concept clinging on in the twenty-first century. The way in which we consume media has changed over the last two decades in a fundamental manner, but the game in England’s response to this has been to replicate the pay TV model – in a slightly inferior format – through internet streaming, a state of affairs that reeks of arrogance in its assumption that things will and must stay exactly the same as they are right now forever, even though the empirical evidence hints that people are starting to walk away.

And then, of course, there’s tainted feel that the game carries, these days. In the middle of an otherwise barren summer, a Confederations Cup would have provided some welcome respite for those of us with an itch to scratch. This particular Confederations Cup, however, feels tainted. We’ve been warning of corruption within FIFA for some considerable time, and the slew of stories that have fallen into the public domain over the last couple of years or so have undoubtedly taken a toll on the perception of the international game.

FIFA’s predictably unsatisfactory responses to it all, up to and including its desire to expand the World Cup finals to forty-eight nations from 2026 on, have felt like little more than acts of self-preservation so transparent that just about anybody can see through them rather than genuine attempts at reform or contrition, whilst the decision to host the 2018 finals (and therefore this summer’s Confederations Cup) in Russia now feels like as big a misstep as the decision to take it to Qatar in 2022, when we consider ongoing revelations regarding that particular country’s ongoing meddling in other countries’ affairs. A bad smell continues to hang over it all.

If there is a feeling of decay within the game this summer, this has most clearly been summarised by the IFAB’s recent suggestions of rule changes, including the headline-grabbing “reduce it to sixty minutes but stop the clock every time the ball goes dead” idea which has garnered so much comment over the course of the last few days. Setting aside for a moment the surprise generated by the fact that David Elleray is still a thing, the timing of recommendations for law changes that would significantly change the feel of football as a sport now starts to feel like a panic decision brought about by declining television audience figures rather than something to brought about for the betterment of the sport.

Do people really drift away from football because of occasional bouts of time-wasting on the pitch? Or is it more likely that they drift away because not only match tickets, but even cable television package subscriptions are too high, or because of the feeling that the life is being squeezed out of the game by agents, sponsors and governing bodies more interested in covering their own backsides than improving the game for those of us who watch it? The IFAB and FIFA won’t consult with supporters over what we want. At best they’ll guesstimate and throw away anything which conflicts with the best interests of themselves, sponsors and broadcasters.

This gets to the heart of why football feels as though it’s in decline for the first time in three decades. If they – where “they” is all of the aforementioned, plus clubs, players and practically everybody else who makes a living from the whole circus – don’t care about us, why on earth should we care about them? Perhaps this is the inevitable result of treating football supporters like consumers for such a long time. Ultimately, if you treat people like consumers, they’ll act like them. Once people drift away from the game and realise that their world doesn’t stop rotating on its axis, it’s exceptionally difficult to re-engage them and professional football has treated supporters as little more than open wallets and purses to be emptied at every available opportunity for a very long time, now.

But “the football” will always exist. This period may end with a schism, a breakaway which chooses to completely eschew FIFA, the FA, the Premier League, Sky Sports, tabloid gossip pages or whoever. No-one seems to be asking the question of why people are drifting away. Football has never really “done” consultation with supporters to anything like a satisfactory extent. The only thing that we know for certain is that things will change because they always inevitably do. As supporters, perhaps the only question that we should be asking is that of what we want the game to be, and whether we’re ready to cut the cord and walk away en masse. There has clearly been a trickle of people walking away in recent years. The next question is: will that trickle become a flood?

For now, though, the new season awaits. So it’s time to gird our loins and get ready for the start of a new season. Perhaps enthusiasm levels will rise before the new season gets under way in a few weeks’ time. Over the next few weeks, we’re going to go as in depth as we can with the new season, all the while trying to steer clear of established narratives and pale imitations of what you can find elsewhere. We might fail, we might succeed. It can’t be any less invigorating than the Confederations Cup or panic-tweaking the laws of the game in the manner of a sixty-two year old former referee and headmaster trying to twerk at a wedding reception now, can it? 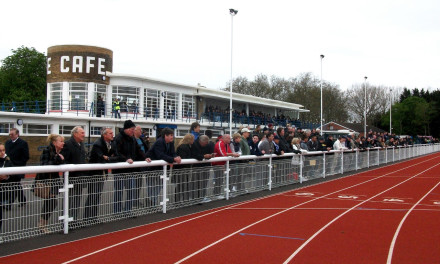 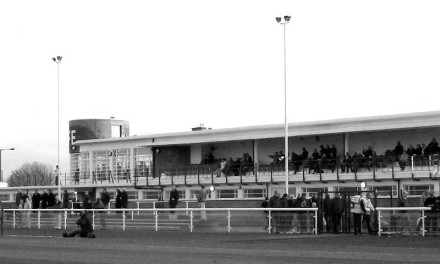