Stamford Bridge was, like so many English football grounds, a very different place in February 1990 to now. A bowl of a stadium with advertising hoardings taking up the spaces where the new stands now sit, Chelsea’s home was a different kind of uninviting at the time, but Gary Lineker’s second half goal gave Spurs a two-one win there during a season which ended with them finishing the season in third place in the league table with Chelsea and Arsenal tucked in behind them in fourth and fifth place, while Liverpool streaked away to a comfortable league title win.

Both Liverpool and Tottenham Hotspur supporters will attest to the fact that twenty-eight years is a long time in football. Liverpool haven’t lifted a league title since then, whilst Spurs hadn’t managed a win at Stamford Bridge over the same time period. One of those records finally came to an end last weekend, though, and what probably caused the greatest amount of surprise for Spurs supporters was the comfort with which that win was accomplished. This isn’t the usual “Spurs way”, to concede first and then slowly overpower your opponents over the course of a controlled second half performance. Where was the drama? Where was… the disappointment? This isn’t the way that this club usually does such things.

Manchester City have already won this season, but the margin of their Premier League title win has been such that there is already little more to be said about the transformation of Pep Guardiola’s team of all talents. So, as the Premier League season starts to wind down, attention will inevitably come to focus on the flawed clubs between them. None of the chasing pack have been able to keep up with them, which only raises the stakes in internecine battles such as this. With both Chelsea and Arsenal having lost three of their last five matches, Spurs having won their last five in a row, and an eight point gap having opened up between fourth and fifth place in the table, it feels as though it would take a remarkable chain of events for the four clubs currently occupying the top four places in the Premier League to not still be there come the end of the season.

For forty-four minutes at Stamford Bridge yesterday afternoon, however, it did look rather as though Spurs may be reverting to type. With a defensive line that seemed both too brittle and pushed too far up the pitch, Chelsea’s goal was well deserved, even if it did come – and not for the first time this season – as a result of a mistake by the Spurs goalkeeper Hugo Lloris, and their first half performance probably merited them having a lead at half-time. All of this, however, was reckoning without Spurs pickpocketing an equaliser right on half-time, albeit with a little assistance from Chelsea’s defence, for whom Victor Moses failed to clear, inviting the ball into the path of Christian Eriksen, who unleashed a magnificent dipping shot which kissed the underside of the Willy Caballero’s crossbar and in to bring Spurs level.

It was a perfect shot, which came at a perfect time for Spurs. We all understand the psychological effect of scoring a goal right on half-time during a match. The lift that the goal-scorer’s team feels and the spring in the players’ steps as they leave the field. The deflation felt amongst those that have just conceded, and the feeling that their previous efforts may have been in vain. We also understand the change that such a goal can have on the timbre of a match, and on the instructions that the players will receive at half-time. In his one moment of brilliance, Eriksen changed the entire course of the afternoon for both teams.

Over the course of the last twenty-eight years Spurs have developed a sophisticated suite for yanking victory from the jaws of defeat at Stamford Bridge, but during the second half yesterday afternoon it seldom felt as though an away win was ever in a great deal of doubt. And the key to unlock the three points on offer happened to be in the pocket of Delle Alli. Alli has had a relatively difficult season, and his dip in form over the last few weeks has been noticeable. Form, however, isn’t everything. Raw talent – which Alli has in abundance – also plays a part, and his deft control and delicate finish to a long ball from Eric Dier gave Spurs a lead that their second half insistence merited. Four minutes later, there was an element of Keystone Kops about Chelsea’s attempts to clear a ball from their own six yard box before Alli stroked it home from close range.

From here on, the comfort with which Spurs ran down the clock on the last quarter of the match still likely came as a surprise to most of their supporters. As time has progressed and the team has continued to strengthen, those Spurs-like moments have become fewer and fewer, but there have been so many of them in the past that they remain ingrained in a lot of heads. On this occasion, the rush of blood to a head, the moment of bad luck or temporary incompetence with which Spurs supporters have become so familiar over the years, never quite came. The result in itself was important for Spurs, but on this occasion the nature of the win shared its billing. If Spurs supporters hadn’t been bitten so much by hubris in the past, it’s likely that the word “pivotal” would be being thrown around considerably more than it actually is.

There remains, of course, one further barrier to overcome for Spurs. The trophy cabinet at White Hart Lane has been bare for a decade, and has only been graced by two League Cups and an FA Cup since they last Chelsea at Stamford Bridge in 1990. With the club being so familiar with Wembley, an FA Cup semi-final against Manchester United and the possibility of an FA Cup final against Chelsea or Southampton has seldom looked more winnable for a club for whom opportunities have been so scarce in recent years. There comes a point when push comes to shove over winning actual silverware, and it feels as though Spurs are reaching critical mass on this matter.

Treating the FA Cup and League Cup as though they don’t matter whilst still in the Champions League or still harbouring hopes of winning the Premier League is one thing. But Spurs’ place in next year’s Champions League is almost assured, their last seven matches only feature a home match against Manchester City from the other top six clubs, and that place as the highest-ranked London club will be a challenge to throw away. Against such a background, winning the FA Cup should matter for Spurs. This is, after all, a club whose history is wrapped up with this particular competition, and it feels as though it should be time to break that particular seal.

The young Spurs team of a couple of years ago is fast maturing, and the move back to White Hart Lane in the summer provides an opportunity for the club to take that final step into the rarefied atmosphere in which trophies are an expectation and consistent excellence becomes a baseline expectation. There are many variables which may come to determine whether the club can make that final step up. Other clubs and agents continue to circle like vultures in a circle over the first team squad. As time progresses, the likelihood of this Spurs team being forcibly broken up feels slighter and slighter, but it remains a possibility, even though Champions League football at Spurs seems more likely than not for next season, at least.

But that big next push up will be hard work. How can Manchester City be caught in the foreseeable future? How will it be, in this new 61,000 seater stadium built on the site of the decrepit but homely White Hart Lane stadium? Will the managers or biggest players be tempted to ply their trade elsewhere during the summer? For now, such questions can be put on the back burner a little. With the possibility of an FA Cup final, the likelihood being that they can make the Champions League again, and a new home as of the summer, there is a lot for Spurs supporters to look forward at the moment. Given the nature of the club’s past, though, that Spurs supporters themselves often give the impression of being the last to acknowledge this probably shouldn’t be that surprising. So much to look forward to, but so many potential pitfalls ahead. 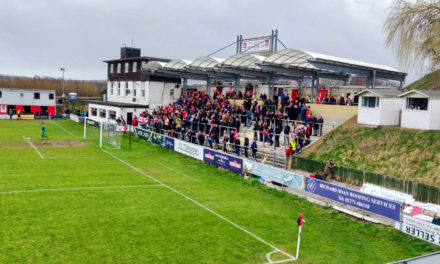 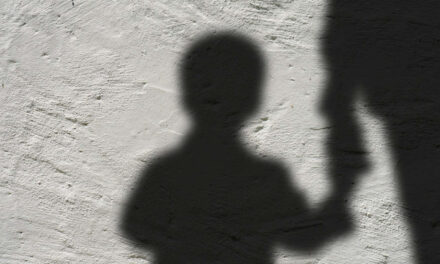 Football’s Darkest Secret is a Darkness the Game Deserves