Sheffield Wednesday have been in a state of flux for the last decade or so, since the reign of the current Premier League Chairman, Dave Richards. Mark Murphy takes a look at the Wednesday chairman Lee Strafford’s attempts to get somebody to pour some money into the club and finds a rather long list of near misses. Still, at least they haven’t been to the High Court yet.

The February and March headlines in the Sheffield Star newspaper would have made encouraging reading for Sheffield Wednesday:

The problem was they were headlines from February and March… 2008, and Wednesday’s was a takeover tale that was dragging on a bit even then. The headline “Casino boss in Owls takeover talks” was already over a year old, and the casino boss in question was one Carson Yeung, now doing the work of a grateful nation by getting up David Sullivan’s nose on a regular basis in his role as Birmingham City major shareholder.

Some of the unfounded takeover rumours were, shall we say, imaginative. Not least the one about former Manchester United big-man Martin Edwards, which was based on Edwards’ car appearing in the Wednesday car park. This was a tenuous enough link even before it was established that the car merely belonged ‘some bloke’ called Martin Edwards, who noted that he was “about £200m behind” the former Man Yoo man. And one nearly won an award. Unfortunately the award in question was Private Eye’s Paul Foot Award for Campaign Journalism. Yorkshire Post journalist Rob Waugh came runner-up for exposing the 2008 Geoff Sheard-fronted takeover as a sham which had been based on proof of funds so see-through it could have served as tracing paper. In fact, it was so flimsy that even Munto Finance would have rejected it as lacking credibility.

Last year, the Owls were “set for imminent investment” (31 July 2009) and were “close to a £20m deal” (16 December 2009). At least they were when they were “not heading for administration” (4 March 2010). This latest tale has its origins in the immediate aftermath of Sheard’s shenanigans. In November 2008, two optimistic local businessmen, Lee Strafford and Nick Parker, joined the Wednesday board as lots of warm noises emanated from the club’s AGM about “significant progress…in the search for new investment” – “investment” usurping “takeover” as the buzzword. Based on not being any of the old guard of failed Wednesday directors and no-one else wanting the job, Strafford quickly became Wednesday chairman and set a March 31st 2009 deadline for this investment.

The first story to emerge from these new board appointments was a “Complex deal to bring £50m to Hillsborough” (8 January), with talk of a “four-party syndicate drawn from three continents” – a mixture of “investment institutions” and “wealthy individuals” who, I’m sure most of you will have guessed by now, were “mystery.” Joining the Sheffield telephone directory on the list of “investment institution” sceptics was former takeover tale bete noire Dave Allen, who dismissed Strafford’s investors as “all spin, hype and talk.” Annoyingly for those who remembered his unsuccessful, bitter time as Wednesday chairman, he was largely right.

Strafford’s March 31st deadline was quickly dropped after the club’s major creditors failed to “agree on a structure that would maximise the potential benefit any investment would bring to the club.” Most creditors agreed to write-off a portion of their due money. The Co-operative Bank, owed £21m of Wednesday’s £25m+ debt, lived right up to their name and agreed a partial write-off. Allen, owed £2m, didn’t, asking, pertinently alas: “Why are (these investors) always a mystery.” Hopes were raised, though perhaps not in certain parts of Derbyshire, that Allen’s burgeoning involvement with Chesterfield might force him to cut his financial ties with Wednesday. But Allen re-emphasised, in the manner which endeared him to so many, that “No line will be drawn under the Dave Allen issue until…my loans are paid back in full.”

It was back to square one for Strafford. But within a month, newspaper offices were exhuming their “Owls takeover” templates again, as Strafford looked to use his apparently extensive business contracts in America to re-energise the investment search. Allied to this came a migraine-inducingly detailed business plan for the club; published during the close season and designed to make Wednesday “a more attractive proposition for potential investors.” It was largely a cosmetic exercise, a bit too much “SWFC brand” for some tastes and, according to Strafford, an “evolutionary entity”, whatever that was.

But the club had been chronically mismanaged for years. So such cosmetic surgery was as required as it was welcome. At the height of the close season, New York investment bank Inner Circle Sports were brought in to secure the US investment which now appeared to be the specific target. Inner Circle had played a part in the good, the bad and the ugly of US involvement in English football, with links to takeovers at Sunderland (good) and Liverpool (bad and ugly). “They don’t take deals on that harm their brand,” Strafford noted, raising and lowering spirits in the same short sentence. Parker, now Wednesday Chief Executive, described Wednesday, equally dispiritingly, as “a ‘growing the asset value’ opportunity.” And “pretty well unique, in that we are cash-generative.” And fans waited…and waited.

Only in December did the latest future owners emerge, “Club 9 Sports”, evocatively described as “a joint venture between a sport management and media advisory company, Tobacco Road Capitalists (Lou Rawls in a suit?), and a merchant bank, Prometheus Capital Partners. By then, fans’ patience was wearing thin, with reported progress on aspects of Strafford and Parker’s business plan overwhelmed by Wednesday’s slide down the Championship table towards potential local derbies next season with temporarily Sheffield-based Rotherham, heavily embroiled in the League Two promotion scrap.

Shortly after Club 9 Sports were outed in the media, Strafford gave an oddball exclusive interview to the Sheffield Star in which he revealed “I’ve had death threats” from “people intent on holding this club back.” This seemed out of perspective with what had previously been little more than irritable impatience from Wednesday-ites. Strafford and his people were little worse than damned by faint praise at Wednesday’s November AGM, and were even praised to the hilt for some decisions, such as giving former club chief executive Kaven Walker the heave-ho. Strafford then raised all remaining unraised eyebrows by declaring that he would “walk away if someone…who is not a crook comes along.” And he revealed a little later that “a lot of crooks have shown an interest but they won’t get a look in.” Who these crooks were, he didn’t specify. And, anyway, the Football League’s regulations governing fit and proper persons would…no, I’ll stop there.

Strafford used the Star interview to urge fans to renew their season tickets “earlier than ever before” and to take advantage of the sort of discount scheme which is currently all the rage among the cash-strapped masses. “If fans don’t back me on this,” Strafford concluded, in full doomsday scenario mode, “we will be forced to carry on as was, and that cannot be an option.” By early March, Strafford was furiously denying to all who wanted to listen (and others) that the Co-op bank were not about to “drop us into administration,” a scenario which hadn’t occurred to everyone…until then.

It was a stark reminder that although the Co-Op were continuing to co-op over their slice of Wednesday’s debt, others – mentioning no names because that would be unfair on Dave Allen – were still expecting full repayment – in Allen’s case, by May. The urgency of the talks with Club 9 Sports now established, it was a little disturbing, therefore, to discover how little detail there is of the American’s proposals. There is to be none of this fancy “buying shares in the company” malarkey. In fact, “at no stage have we discussed the possibility of buying shares in Sheffield Wednesday plc.” Instead, there’s been a series of intentions so vague they’re almost not there.  “Discussions”, apparently, “have been with a view to find an appropriate structure that will allow us to become part of the Wednesday family.” And, a statement from Club 9 Sports’ managing partner John Prutch declared, “we are pursuing a deal by which our capital and skills can be utilised to assist the current management team.” Enough wool for a field of sheep, which one can only hope won’t be used for pulling over fans’ eyes.

Wednesday, therefore, are at as much of a crossroads as any of their cash-strapped Football League colleagues, if not yet at the gates of the High Court. If Club 9 Sports’ assistance can stretch to paying off Allen, a lot of fans will breathe easier, not least because the last vestiges of the old failed Wednesday regimes will then finally disappear. But while talks continue, so does Wednesday’s risk of the drop – without Luke Varney’s 89th minute winner against Watford this week, Wednesday would only be kept out of the bottom three by Crystal Palace’s “drop” into administration. And May could be a double whammy unless Allen has a personality transplant in the meantime and cedes ground on his loan repayment. Sheffield Wednesday’s current situation could be a lot worse. But it could get a lot worse yet.

A Tussle With The Tax Man 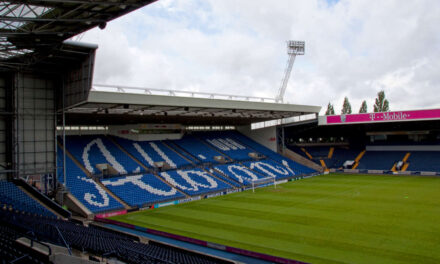