Sheffield Wednesday Send Their Boys To The Slaughter

Flashing across the BBC website on Sunday afternoon came a result which couldn’t help but raise an eyebrow or two: Alfreton Town 14-0 Sheffield Wednesday. The truth was less exciting than the initial rush might have led some Sheffield United supporters to hope. Wednesday hadn’t put out their first team for this match against a club from the Blue Square Premier, but neither had they dressed eleven scarecrows in blue and white striped shirts and placed them strategically around the pitch in the hope that no-one would notice. This score was achieved – if “achieved” is quite the right word – against a team made up of the players from the Sheffield Wednesday academy.

The question to be asked at this stage, of course, is what exactly Sheffield Wednesday exactly hoped to achieve from this fixture. Is it possible that an official from the club took a glance at the name of the opposition, believed them to be considerably lower down football’s food chain than they actually are and decided to send the kids in the expectation that this would be a Sunday afternoon stroll in the park? Well, this is possible, and the extent to which it would be an understatement was borne out by the result. Alfreton were promoted as the champions of the Blue Square North at the end of last season and, while they – sensibly – have decided to remain part-time for the time being, they will be looking to turn full-time in the future. This was never going to be a team that rolled up to the game without having prepared for it.

Could it, then, merely be that the Sheffield Wednesday academy team is merely apocalyptically terrible? Wednesday supporters seem to be of this opinion, and if this is the case, it can only cause one to wonder why it exists in the first place. Youth and academy teams are, of course, some way off being anything like a finished product and that the majority of youth team players is one of football’s more poignant traditions. It doesn’t, however, seem unreasonable to wonder whether Sean McAuley, the head coach at the academy, might have realised that this team would be nowhere near the challenge of taking on a full team of semi-professional players and either request that Alfreton also played a weakened team or requested some of the overspill from the first team squad (who last weekend played out a reasonably creditable goalless draw against Stoke City the day before) to turn out for the match.

Of course, perhaps the main point concerning this particular match is that neither team will have benefitted a great deal from it. If clubs are to spend their time before the start of the season playing friendly matches and mini-tournaments – and there is a case for saying that these have, like so much else in modern football, grown out of all perspective – then clubs should at least be playing them with a view to their players getting something from them. It is difficult to imagine that the Sheffield Wednesday youngsters received much apart a sense of utter demoralisation from their afternoon in Alfreton, and even the home players, having realised the lack of scale of the task in front of them, could almost certainly have done with a little more exertion, with the start of the most testing season in the history of their club less than two weeks away.

Understandably, the Alfreton Town chairman Wayne Bradley was eager to see the positives to come from the match. “The coverage has gone worldwide and that’s got to be good news, I guess we’ll see in future fixtures and events whether people take it upon themselves to come and have a look first hand”, he was quoted as saying. It is, of course, completely natural that he would seek to maximise the attention that he can make for his club and, if we are to look for the positives to come from the day, a crowd of 568 people saw a little piece of sporting history – the sort of match that may well turn up as a pub quiz question in years to come. Wednesday, on the other hand, have decided against giving the story any publicity, and there is no sign of the result anywhere on the club’s official website.

Questions about the purpose of the Sheffield Wednesday academy side notwithstanding, this is far from a crisis for the club, whose financial travails turned a critical corner when they were purchased by Milan Mandaric last year. Pre-season results have been mixed – a defeat against Barnsley has to be contrasted with a creditable draw against Leeds United and wins against Barnsley and non-league Worksop Town – but results in this context have little meaning until the season proper starts next weekend. Across the workplaces of South Yorkshire and beyond over the next couple of days, it may not necessarily feel like it to Sheffield Wednesday supporters but, in the overall scheme of things, even losing 14-0 to Alfreton Town doesn’t matter, as long as it’s only in a friendly match. 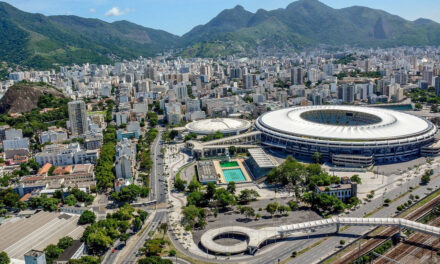 Was Brazil vs Argentina a Covid Publicity Stunt?

The Premier League in Review: To The Victors, The Spoils