The Football League has a new chairman, in the form of former Leicester City chairman Greg Clarke, the man that took the club through one of football’s more notorious insolvency events, during the 2002/2003 season. Mark Murphy takes a look at Clarke’s first interviews since taking his new job, and compares and contrasts his views with those of Richard Scudamore, who seems to continue to believe that, in spite of all the evidence to the contrary, there is nothing whatsoever wrong with the Premier League’s financial model.

“People actually realise that there is an almost perfect correlation between the spend and the league table position. Almost perfect.”

“So from now on, at the start of August, all the club chairmen should declare how much money they’ve got and the league table should be based on the results. This will save the bother of having to play the games.”

The above could easily be one quote, even though the words were taken from one article written by a comedian and the other written by another comedian, if not necessarily a deliberate one. Premier League chief executive Richard Scudamore came out with the first in his most recent holding of court with the national press. By “perfect” he almost certainly meant “exact,” but with Scudamore, you’re never sure. He certainly wasn’t offering this scenario as a criticism; quite the opposite, in fact, as he was bemoaning how UEFA’s new “financial fair play” regulations would stop football club benefactors “getting their cheque book out.”

So the second, from comedian Mark Steel in the Independent newspaper at the end of the 2007-08 season, is no longer the satire it was then, but an extension of the logic of English league football’s senior administrator, which is a little frightening. I make no apology for regularly returning to Scudamore when he gives interviews. His ability not only to talk bollocks, but to get away with it largely unchallenged, remains something to behold. And the above wasn’t even the high/lowlight of his latest proclamations.

Meanwhile, the Football League’s new chairman, Greg Clarke offered a timely contrast in his first round of interviews since taking over the role from Sir Brian Mawhinney. He gave straight and sensible answers to straight and sensible questions. A timely and complete contrast to Scudamore, in fact. Scoo’s headline-maker this time around was: “the country is caught up in a ‘debt-is-bad culture… the whole world has gone through this ‘debt-is-bad’ era.” An era which is otherwise known as “the whole of human history.” But there was plenty more.

On Portsmouth: “The UK media is the epicentre of negative things about the Premier League…the further you travel from here, the more positive the reflection back to us is.” Or, the closer you are to the Premier League, the more negative “the reflection,” which I suspect wasn’t Scoo’s message. “I’m laughing at you,” he said, to his audience, “because it’s true and you know it’s true.” Or because he’s mad. On Spurs finishing fourth: “We’ve only had the independent so-called ‘big four’ for about three or four seasons,” he said, in a Stalinist re-writing of history. “It’s not so long ago that Everton finished fourth,” he added, clean forgetting that this was five seasons ago, that Everton were out of the Champions League before the school summer holidays had finished and that England’s remaining representatives were…”the independent so-called big four,” as they were the season before, too. “Memories are quite short, in pursuit of a good line,” he concluded, correctly.

We were informed that “you wouldn’t have had a game like Tottenham-Manchester City… (in a) completely centralised, over-regulated kind of world,” he declared, as if it was otherwise impossible for fourth to play fifth in the last week of the season. And he returned to Portsmouth and their “rank bad management”: “If Portsmouth are meant to mean ‘all clubs are like this,’ then it’s a disservice to football.” This, of course, was exactly why no-one had made the suggestion. He added that it was also “a disservice to my colleagues who run this league,” the “colleagues” that declared every one of Portsmouth’s bad “managers” to be “fit and proper,” even those no-one at the Premier League had ever met.

It’s too early to judge how effective a leader Clarke will be for the Football League. But his first interview was mercifully free of such “did he really say that out loud?” moments. Throughout, he was the voice of reasonable. Former Labour MP Tony Benn may seem an unlikely comparison, but Benn always used to nutshell his policies as being “for jobs and for peace,” a statement of the obvious, as work-shy war-mongerers were hardly a viable alternative. So it is that Clarke wants fit and proper people running football clubs, believes supporters “deserve to know who runs their football clubs,” and doesn’t want clubs taking huge risks, especially it seems the ones that prevent them paying their taxes (“it’s outrageous”).

On clubs in administration, he finds it “morally indefensible” that “you can screw the local pie supplier and St. John’s Ambulance and your charity partner and pay other football clubs.” About this he is an undoubted expert having been chairman of Leicester City when they fell into administration and fell out of it again in 2002/03, when unsecured creditors were… er… screwed. He is “yet to decide whether the football creditors’ rule is good for the game,” acknowledging – as too few football analysts do – that there is an acceptable logic behind the rule. “It isn’t clear to me where the balance of that argument is.” But he seems clear on the very concept of football clubs in this country, where he is furthest away from Scudamore: “There are lots of people who have hard jobs, can’t afford proper holidays, can’t get off the estate. Their one ray of sunshine is that their club might get a result on a Saturday. “This is more than a business; this is a way of life and a defining pillar of the community.”

The tests are yet to come for Clarke. So different is he to Scudamore that conflict is bound to arise. And the recent issue of extended and increased “parachute payments” has shown how much division there can be between the divisions in the Football League. But we got all you could expect from a first interview, which was that at least he’d say the right things for the reasons. The worrying thing for English football is that these two tasks have long since seemed to be beyond Richard Scudamore. 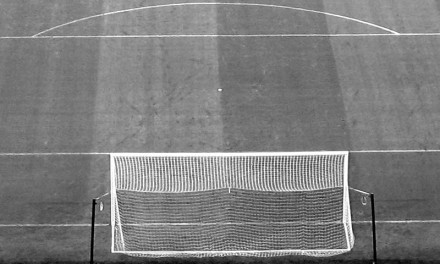