We have a two-parter on football governance for your delectation this afternoon. First up is the excellent SJ Maskell, who argues that perhaps football supporters aren’t really what those running football clubs really want.

They really must think we are stupid, you know. Being a sad person (told you about the Pompey habit didn’t I?) and lucky enough to work at home, I spent a happy morning last Tuesday watching the esteemed Richard Scudamore and his sidekick David Richards on the Dick and Dave Show. Never has parliament TV shown such an amazing double act. Dick was hilarious in the way he had to keep covering Dave’s waffling gaffes. Dave’s pathos in the self-pitying way he defended himself against the monstrous allegations of that mean Lord Triesman raised a few giggles as well. But enough of the humour. Once into the meat of the enquiry and being questioned on the football creditors rule, Dick got down to the real black part of the comedy. According to Dick, ‘The essence of the game since it started, the thing that gets fans most interested is … the buying and selling of players.’

Yes football fans. All you lot that go out in the rain and cold to watch those inconvenient occurrences arranged to match the TV schedules are not actually getting the essence of the game. Dick continues, ‘you’ve seen the media hype around transfer deadline … The essence of the game … is player movements.’ Who will be playing for what club. Watch the delivery here (1.25.43 on recording). Brilliant deadpan technique.

The core of his argument was, of course, that without the football creditors rule the whole game would collapse. The football creditors rule that, according to evidence given by David Gill (of all people), is probably responsible for the inflation of player transfer fees. Gill argues that if the rule was dropped the market would deflate as clubs become self-regulatory in their sales to other clubs by ensuring the buyer could afford the goods. Just like what happens in the real world then, when you apply for credit – a credit check system is evoked.

But since when did the ‘real world’ rule in football? Like I say – they really do think we’re all stupid. Think Bernstein last week and his implication that fans would ‘struggle’ to run a football club. Then look at Dick and Dave. Towards the end of the session Dick claimed to be ‘in touch with supporter opinion.’ Always save the best ‘til last – first rule of comedy. It got me wondering about this attitude to fans. It is clear that Scudamore thinks we all pay a great deal of heed to the mainstream media. We all hang on Sky’s every minute on transfer deadline day after all. Or rather, he needs us to, in order to help the Premier League ‘generate significant central revenues’.

Attitudes to fans are an issue at the moment with the Football Supporters Federation’s Safe Standing Campaign. Amanda Jacks of FSF appeared on BBC Breakfast this morning (Thursday 07/04/11) to put the case for safe standing areas in grounds. We were given a nice piece about the standing area at FC Wacker Innsbruck’s Tivoli Stadium. They showed the  neat flat folding seats that are used for European matches and barriers between each row of standing fans. No chances of fans surging forward and plenty of room for each.

Cut to studio. Within seconds Hillsborough is mentioned. Now we know why the item is on. It juxtaposes nicely with the anniversary next weekend. Tastefully they forbear to show any pictures here, but talk turns to crowd surges and identifying bottle throwers – all alongside images of fathers with small children and mothers cuddling toddlers at a football match. Message clear then, reintroduce ‘terraces’ and these people are under threat and we won’t catch the bottle throwing miscreants. All notions of ‘safe standing’ negated. Stand football fans up and they become hooligans again.

Yet we all know that Hillsborough wasn’t a standing issue, or even a fan behaviour issue. It was mismanagement by police, stewards and unsafe conditions unattended to by Sheffield Wednesday’s Board that created the conditions for the disaster. Nothing to do with crowd surges during normal games or bottle throwing. The interim Taylor report, detailed in Conn (2005), made  that clear. But, as Conn says, ‘the police’s story, notoriously splashed by the Sun immediately after the disaster, has been a stain difficult to remove.’

It is interesting to note that the chairman who took over at Sheffield Wednesday after the Hillsborough disaster, in October 1989, was one David Richards. Throughout his tenure there was no sign of a memorial to the dead, although there is one now – outside the ground. Wednesday’s Board went through a long period of denial of any blame. Happily for them Taylor’s final report came out with the idea of all-seater stadia. The rest, despite the efforts of the Hillsborough Family Support Group, has been left to the prevailing mythology.

Of course, we all know the all-seater stand is a concept ‘more honoured in the breach than the observance’ (Hamlet). Wolverhampton Wanderers have highlighted the issue this week.Threatened by the City Council with having ground capacity cut unless fans stop standing, the club have resorted to bribery. CEO Jez Moxey says, “If the fans in the Jack Harris Stand in particular refrain from persistently standing for the remainder of this season, then I’m serious about committing to the debate.” That’s good then, fans sit down and the club will ask them what they want to do. Ermm … a bit obvious really I would have thought. Perhaps a debate with Moxey, who is, “supportive of all-seater stadia,” because “it has improved safety and encouraged more people to attend matches,” may well not be very productive. Within hours of this being made public there were an extra 1,000 Wolves registered signatures on the FSF petition for safe standing.

Mr Moxey is disappointed in Wolves fans,“Persistent standing is a major distraction when we ought to be pulling together to help the team remain in the Premier League. Instead, we’re worrying whether the local authority will enforce a reduction in capacity because of our fans’ refusal to heed genuine advice.” Really puts Jamie O’Hara off his free kick technique, seeing all those Wolves fans standing up at great risk to themselves and others to cheer him on. Don’t worry Mr Moxey, Jamie’s played at Fratton Park for a season, he knows dangerous fans when he sees them. But then, as Mr Chainrai says, Pompey fans are from another planet.

The paradox lies in the urging of fans to help the team stay up, but stay nicely in their seats to do it. Mr Moxey appeals to the emotional investment a fan has in the product and then seeks to stifle the expression of that emotion. How many times do clubs urge fans to ‘get behind the lads’? As if fans didn’t know how to support their team. It is clear that they go to football to do that very thing. So why are clubs not facilitating them to do so in the best way possible?

That phrase ‘genuine advice’ hides the key to it all in my mind, because such advice is not genuine at all. Like the jobsworth steward, it seeks to impose a form of behaviour on paying customers that is not in any way in keeping with what they are paying for, or even with what the club are asking of fans. Quite often the manner of giving the advice causes more trouble than saying nothing would. Which is why many grounds tolerate standing in seated areas.

But in peremptory orders to sit down, in actions like the herding of fans on route marches into and away from stadia, making half times and full times uncomfortable and sometimes degrading experiences, whilst all the while charging dearly in the process, clubs are telling fans what they think of them. With some of them you wonder how far we have really come from the pens at Hillsborough. The attitude implicit in the BBC Breakfast news item prevails, that fans need to be controlled not consulted.

The issue of control is a subtle one in some respects. Lord Triesman, interviewed by the BBC in February said that all decisions about what’s going on in Football are taken by the Premier League. He suggested that only two people control the Premier League and their decisions run the Premier League’s writ ‘right the way through the rest’ of football.

Back on the Dick and Dave show, Dick declares, “Football is an optimistic upwardly mobile aspirational business, and there’s nothing wrong with that,” Triesman was right about whose view predominates in the provision of the football experience. To encourage the upwardly mobile and aspirational fan, the Premier League opposition to safe standing is based on the premise that  seating has encouraged more families, women and ethnic minorities to matches, and there is no demand from clubs to introduce standing.

Like that absurdity that occurs when you ask a shop assistant for a certain product only to be told they don’t stock it because there no one wants it, this assertion flies in the face of reality. How can you tell fans that want to stand at a match that there is nowhere to stand because there is no demand for it? The demand is visible, in every stadium, on every matchday throughout the season. It is clear how the Premier League wants to manage football fans. The free market will manage them in the same way the football creditors rule will manage club finances – through policies that favour the ‘Hello’ readers, who are more interested in player movements off than pitch than on it, over the passionate football fans who want to support their team.

Like I say, they must think we are stupid. 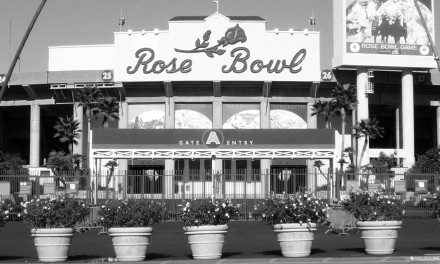