When a story of a fantastical nature first appears in a tabloid newspaper, the temptation is to write it off as the delusion of somebody with an agenda and move on. In the case of the rumours now circulating that the owner of “The” Rangers, Charles Green, may – and we should stress the word “may” – be looking to buy an English club as a franchise and move into the Football League, however, the level of self-importance, disregard and underhandedness on display feels entirely in keeping with the rest of this dismal saga and it therefore deserves our attention.

The clubs of the Scottish Premier League are shortly to vote on whether to allow “The” Rangers to join the their league from the start of next season. This has become the sixty-four million dollar question of the summer in Scottish football, with a very large number of the supporters of other clubs being firmly of the opinion that there is no way whatsoever that this club should be parachuted into the top division of their domestic game, when the only justification for it offered so far has been the money that SPL clubs raise from hosting two matches against them per season. That “The” Rangers FC will be dropped back into the SPL for the start of next season is far from guaranteed, though, and at the time of writing the the SPL fixture list refers to what may or may not be their fixtures next season as being played by “Club 12.” It is, however, rapidly starting to feel as if to allow the “new” Rangers to start next season in the SPL would be little short of  a PR disaster for Scottish football, so what to do with them? We will find out the answer to this shortly.

It is against this background that a story appeared in The Sun newspaper last night, stating that Charles Green, a former chief executive of Sheffield United and the man behind the CVA proposals for which were blocked by HMRC last week, has started to formulate a plan for “The” Rangers to parachute themselves into League One of the Football League instead. According to The Suns “insider”, Green planned to buy League One club Bury FC, move it to Glasgow and rename it, and it was written that they are even hoping to do this for the start of the coming season. And so it is that the spectre of franchise football, however faint, returns to England again.

This new Rangers company would have to leap through significant hoops in order to gain permission to pull off such a wretched move. They would require the permission of the Football League and the Football Association to do so, but it is not necessarily clear whether this would be approved or not. In the case of the franchising of Wimbledon FC to Milton Keynes in 2002, the Football League rejected the proposal but after the Milton Keynes group sought legal advice the matter eventually ended up with a three man commission appointed by the FA, who approved it. Times, however, have changed over the last ten years and it would be far from surprising to see the more money-grabbing elements of the Leagues membership having pound signs appear in their eyes at the possibility of increased revenues should they allow this to happen.

There is, however, the small matter of Bury FC. This is a small club by the standards of League One, but it is a club with a long and proud history. As of last night, the clubs chairman Brian Fenton was stating that he had received no contact from Green or anybody acting on his behalf and this morning the club poured considerable amounts of cold water upon the story:

Bury FC is a proud historical club and, as such, proudly represents the town, community, people and, above all, supporters of Bury. The directors of Bury FC place the integrity and morality of the club, and football as a whole, way above and beyond any possible financial gain and, as such, wish to reassure all Shakers fans of this fact.

Bury supporters, therefore, may well  thinking “there but for the grace of God go I” this morning, but supporters of other clubs in the lower divisions of the Football League might be best advised to consider that no agreement to buy Bury FC may even mean that a possibility remains of another club becoming a target for Green should this bid be tabled and rejected. It isn’t only the supporters of English clubs that would be morally repulsed by this state of affairs coming to pass. Ultimately, Rangers supporters are football supporters as well. Their clubs reputation has been tarnished beyond repair by the behaviour of those that have been bleeding it dry over the last few months and years. If to contemplate something so repugnant is one of the first acts of the new Rangers, what does this say about Charles Green and the moral compass that will direct this new club?

It is, however, possible – perhaps likely, even – that the release of this story to the media is more about “The” Rangers seeking to gain leverage ahead of the crucial vote over where this club will start next season. If the rumours circulating regarding the source of the story are correct, this would certainly seem to be the case. The story gaining the most traction at present seems to be that Rangers will be demoted into the First Division of the Scottish League for the start of next season, with the defunct Glasgow Cup being reintroduced as a way of keeping the Old Firm matches alive and the television companies happy and – some might to say to further facilitate the clubs swift return to the SPL – the reintroduction of play-offs. This is being associated with the return of plans for the First Division to merge with the SPL, but this almost certainly cannt be done in time for the start of next season, which leaves First Division clubs in something of a quandry. As one source told the Daily Record earlier this week:

It will take a leap of faith for the SFL to accept Rangers for the new season on the promise of widespread and wholesale changes being made for the good of the game the following year. What happens if Rangers win the First Division title and then it’s declared all bets are off on the radical reform so many believe is needed throughout the game?

And herein lays a major issue. If “The” Rangers really are spreading scare stories to the media south of the bordder about leaving Scottish football altogether, then can the clubs of the SFL really guarantee that a scenario as outlined above would not come to pass? The events of the last few months and the politics that have been laid bare have been disastrous, not only for Rangers FC but for Scottish football in a broader sense, but there is at least some recognition of the fact that the structure of the league needs to change. Whether this will happen to the satisfaction of supporters of other clubs, however, remains very much up in the air at present.

If Rangers were to seek to franchise themselves a place in England, they would achieve the near-unique achievement of being amongst the most loathed club in two different countries. As things stand, though, this feels more like an attempt to bargain themselves a better deal in Scotland. They are, of course, completely entitled to do this, but the SFA, SPL and SFL are also entirely entitled to disregard such behaviour, if this is what it is. Ultimately, though, perhaps the most striking aspect of this whole saga is the lack of faith that so many Scottish supporters have in the administrators of their game to reach a decision that can be seen beyond the end of the noses of those concerned. This, perhaps even more than the demise of Rangers FC, is indicative of the structural problems that continue to exist within Scottish football. 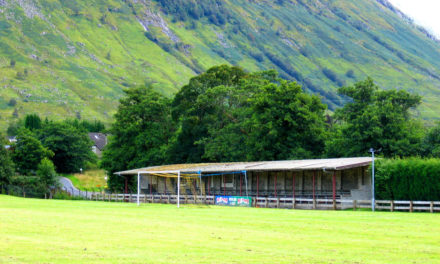