Rangers: A Warning From History

The contrast between the current public profiles of the Rangers FC’s Chief Executive and Chairman could not be greater. While the former, Charles Green, has a love of his own voice only matched by his disregard for telling the truth with it, the latter, Malcolm Murray, has largely – and wisely, to judge by his few public utterances – kept his own counsel. With Green taking time out to re-charge his bullshit batteries before the media onslaught in support of the new club’s Alternative Investment Market flotation, Murray last week became the defender of the Rangers faith, deploying what you might describe as a far subtler form of Green’s modus operandi for dealing with criticisms of the Rangers – blame everything on the “enemy”; if, that is, you thought Murray intellectually capable of subtlety.

The latest attack on the Rangers family came in the ‘Sportsmoney’ section of America’s Forbes business magazine, from a source with far from impeccable footballing credibility, Jon Pritchett, CEO of “Chicago-based sports investment firm” Club 9 Sports (C9S), who had an intermittent involvement in the Rangers saga as an advisor to one-time preferred bidder, ‘trucking tycoon’ Bill Miller. C9S were some way advanced in Sheffield Wednesday takeover talks three years ago but their advances were acrimoniously rebuffed by Wednesday’s board. This was initially thought to be because of the board’s long-reviled desperation to cling to power at Hillsborough, despite overseeing a long-term decline in Wednesday’s fortunes. But it was soon clear that C9S’s psychobabble-heavy plans were of doubtful quality. C9S were also involved in takeover talks at Tranmere Rovers… but not for long. And their role in the Rangers drama was somewhat closer to their few minutes on Merseyside.

C9S were thought to be formulating a bid in the early months of Rangers’ administration. And after their interest waned, Pritchett was identified as an advisor to Miller, who was selected by Rangers’ joint administrators Paul Clark and David Whitehouse of Duff & Phelps as ‘preferred bidder’ prior to the first May Bank Holiday weekend. It was over this weekend that Miller decided his bargepole was best left at home, as he wouldn’t be touching Rangers with it. I Pritchett was the brief public face of this withdrawal, having his 15 minutes of fame on Newsnight Scotland, citing “contingent liabilities” and a “deeper” than expected “financial hole” as reasons for Miller’s withdrawal – themes upon which he revealingly expanded in the Forbes article, which also included considerable, psychobabble-heavy detail on flaws in Rangers’ business and footballing model which emerged during his and Miller’s due diligence in May.

Among thousands of words published in Forbes was: “If Charles Green is not willing to face the fans, explain the economics and risk the torrent of abuse that will follow in the short-term, then Rangers will find themselves shortly back in the same place.” And from that sentence, the UK press formulated the story of “Miller’s advisor” warning “that Rangers could go bust again.” Murray was quickly summoned to respond for the Rangers, calling Pritchett’s inferences “scandalous”, “ill-informed” and, perish the thought that anyone at Ibrox would contemplate such a thing, “written to attract headlines.” The chairman’s comments came in a club website statement under his name but “written by Rangers Football Club.” Murray referenced the share issue which has since been announced and punted the long-standing party line that “we have a clear plan to rebuild this great club,” reliant on investment already attracted and what Murray perhaps a little prematurely called “the successful IPO later this month.”

‘His’ statement, however, read more like a response to the media reporting of Pritchett’s article than to the article itself. Pritchett covered a far wider range of topics than Murray. And whilst Pritchett’s statement was a mixed bag of opinions, many of them deserved more than the cursory dismissal they received from Murray. Indeed, rather than being ill-informed, Pritchett came across as all-too-well-informed as to “how one of the 25 biggest football clubs in the world could come so close to cratering into the abyss.” Some of his warnings from (recent) history have been overtaken by events, as Murray rightly, if exaggeratedly, noted: “The last time Mr Pritchett had sight of any financial information about Rangers was many months ago.” Well, five months ago, since when things have gone swimmingly for all at Ibrox.

Murray contrasted “Mr Miller’s plans… based purely on cost-cutting” with the “significant investment in the club from the individuals and organisations who are part of our consortium.” Pritchett failed to reference this investment in his article and largely failed to take account of Green’s work since buying the business and assets of Rangers back in June. But he rightly pointed out that Rangers was not a “turnaround opportunity” unless “someone with great wealth and a love of football and/or Scotland” was prepared “to give away tens and tens of millions of pounds.”

This, effectively, is what Green has been battling to organise since May. Having supposedly attracted financial support from a number of people with “great wealth”, he has now turned his efforts towards getting £20m from supporters – presumably with “a love of football and/or Scotland” – via the latest Rangers share issue. “What is clear from his article is that he has completely underestimated the loyalty and commitment of the Rangers fans.” Murray continued, unwisely. “In addition to the 36,000 season ticket holders so far this season, the attendances at our home matches have surpassed many of the top clubs in England and the rest of Europe,” he added, correctly. But, impressive though this loyalty is in the circumstances, it rather proved one of Pritchett’s points. As well as warning of the impact of “TV revenues… becoming increasingly smaller,” Pritchett referenced “season-ticket sales which were declining every year (down to 37,500 from 44,000 five years ago).” That was an average annual decline of 1300.

By Murray’s own reckoning, that decline has continued almost exactly as Pritchett estimated, without even considering the impact on revenues of the necessary cut in season-ticket prices from SPL to SFL levels. Pritchett noted that “season-ticket revenue was projected to be down by 20%” It has surely dropped further than that. So, as Murray and Pritchett agree, “costs needed to be cut at the club.” But while Murray notes that this has happened, he doesn’t address the specific areas Pritchett identified, which were the most informative and pertinent parts of Pritchett’s article. In a quite remarkable passage, Pritchett lists what was revealed to him and Miller during their due diligence. “It’s time to cut the fat from every department and rebuild an organisation that values every pound and demands a return on any and all expenses,” Pritchett declares. So far, so good. Murray could have said just that… or at least had it written for him. But Pritchett had earlier referenced Rangers as “operating as a lifestyle for some, or as a place for passionate fans to find a good job.” And, whilst not specifying which “passionate fans” had landed sinecures, his list explained what he meant:

The club can’t afford to pay its manager more than £1m and then give every coach and executive premium healthcare, generous pensions, six weeks of vacation, exotic cars, free fuel, appearance fees and other perks.

Nor could it afford “to provide 45 employees with free cars… pay directors annual fees to simply attend matches, socialise and run up a large food and beverage tab…expensive past players who hold well-paid positions, are protected from down-sizing with overly generous notice periods and who do not bring professional skills to the table.”

“Every financial and playing assumption must be challenged,” Pritchett concluded. And after a list like that, it’s difficult to see what financial assumptions he missed. “What is clear from” this part of Pritchett’s article is that Murray hadn’t read it. Otherwise he, or his ghost/script writer, could have addressed each item and assured fans that such things were history. Pritchett’s warning is from history. It does at times read like an article that he started when Miller withdrew his bid and had only half-completed before all the close season activity which landed the Rangers in Division Three. The references to the failed CVA (“which should not have surprised anyone”) and subsequent events feel tacked on. And many of the problems he identifies were “solved” by the old company going pop, with solutions already enforced by the circumstance of starting the Rangers in Scottish football’s fourth tier. He even begins one paragraph: “Like any insolvent business, Rangers needs to cut costs.” Whatever the new Rangers business is, and whatever debts remain, it is not “insolvent.”

Pritchett clearly graduated with honours from the American school of business psychobabble and possesses a not-untypical ability to speak English as a foreign language. Rangers are criticised for failing to “construct any sort of internal metrics.” He doesn’t think their “math” works. Far too much has been “gotten.” There’s the usual vague “building the global brand” reference,  here allied to the less vague “need to work the Old Firm brand hard” which still offends football sensibilities…and is temporarily impossible. And he compares the riches on offer for English Premier League winners with the relative pittance on offer “for winning the SPL regular season.” But for all the article’s faults, much more of it is more relevant to the new Rangers than Murray admits. It is important that the Rangers’ new-found riches from institutional investors and the £20m-strong fanbase are not, to use the technical term, spunked up the wall by the new regime.

Pritchett also says that the Rangers “must become hungry again” and “develop the attitude of a gritty challenger, compelled to prove something rather than resting on the foundation built by those who came before.” Surely no fan of the Rangers who went to Stirling could deny that. And most important of all, Pritchett lays the blame for Rangers’ downfall firmly where it belongs; on Rangers own past excesses. “Years and years of mortgaging the future by stealing tomorrow’s revenues to pay for today’s ambitions… spending most of its time looking backwards… clearly (Rangers) believed they were too big to fail (and) continued to pay more than they could afford to players, managers and executives…” and many, many more… it’s a long article.

None of that is, or should be, news. But instead of dismissing it as “ill-informed, misleading and scaremongering,” Murray would have been far better served detailing how the new Rangers will avoid, or is avoiding, the financial traps which ensnared the old and which Pritchett rightly highlighted. There seems little that Murray can do to control Green’s, ahem, combative strategy at the Rangers helm, even if he wants to. But when the focus is on him, he should certainly do better than resort to that same ‘us against the world’ codswallop. And if he can’t, maybe the Rangers need another chairman. 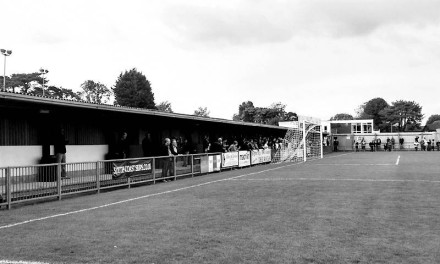 Didn’t We Have A Lovely Time, The Day We Went To… Bognor 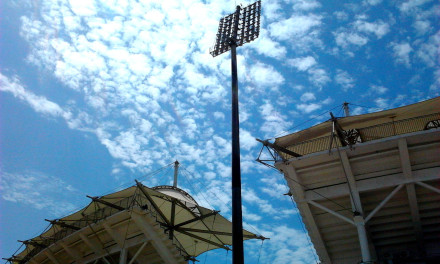