In the transfer market at least, this summer has had a slightly unusual feel to it, thus far. Much of the bigger transfer news made has come as a result of player switches that would have been considered relatively unlikely earlier in the year – Petr Cech leaving Chelsea for Arsenal and Bastian Schweinsteiger’s arrival in Manchester from Munich spring immediately to mind – and, with seven weeks still to go before this summer’s window snaps shut and Premier League clubs treating the wealth that they’re now promised as a result of their new television deal in the same way in which Scrooge McDuck treated his vault full of gold sovereigns, it’s highly likely that, by the end of August, transfer hysteria will reach such a pitch that it will likely only be audible to dogs.

Yesterday afternoon, however, social media turned momentarily hot following confirmation of an altogether more expected transfer story. It’s been barely two months since rumours of his displeasure at the idea of staying at Anfield became public knowledge, but now it’s official. Raheem Sterling is on his way to Manchester City for an apparently staggering fee of £49m. In some respects, for those of us who care little for such things this is something of a disappointment. After all, Manchester United had expressed early interest in signing Sterling, and the prospect of a player making a direct move from Anfield to Old Trafford since Phil Chisnall made that particular journey west in April 1964 was a particularly delicious one.

A considerable amount of opprobrium has been cast in the direction of Raheem Sterling over the course of the last couple of months or so, but it’s worth bearing in mind that most hand-crafted tales of “entitlement” are written by hacks with an agenda to push. It can be said with a degree of certainty that we now live in the age of click-bait, when the sensationalism of a headline and the way in which a story is worded seems to trump any degree of journalistic integrity in many corners of the online media. Advertising revenues are ultimately driven by how many people click through on a story, and the addition of a sensationalist headline or lurid prose riles up the blood and persuades more people to read in horror and share that horror through the likes of Facebook or Twitter than might otherwise happen.

It’s probably fair to say that Sterling hasn’t done a great deal of good to his reputation over the last couple of months, from his agent stating that the player wouldn’t be staying at Anfield if he was offered a new contract worth £900,000 per week through to staying away from pre-season training at Liverpool with an alleged sniffle as rumours of a move to Eastlands reached fever pitch. This, however, might all be seen as part of an elaborate pas de deux (or trois, or quatre,) which has ended in everybody on the inside of the story ultimately getting what they wanted. Raheem Sterling gets his Champions League football and a vast pay increase, his agent gets his cut of the action, Manchester City get a promising young attacking player, and Liverpool get another huge payout that they can put towards building an island lair somewhere near the mouth of the River Mersey.

As these formulaic stories have become more regular, however, it has started to feel as if we are starting to get a little fatigued by them. Raheem Sterling likely could arrive for his first press conference on a robot unicorn made of diamonds and the collective response would most likely amount to little more than a collective sigh and shaking of the head. In lieu of there being a great deal of energetic opprobrium being cast in the direction of the player this time around, it has started to feel as if we are being nudged towards taking out our anger on the money itself. We’re told that £49m is “over-priced” and that this sort of transfer fee is a symptom of “craziness” in the market, but comments such as this are as old as the concept of money exchanging hands in exchange for the services of top quality athletes itself. The sky threatened to cave in when Denis Law went to Torino from Manchester City for £100,000 in 1961, when Trevor Francis went from Birmingham City to Nottingham Forest for £1,180,000 in 1979, and when Alan Shearer went from Blackburn Rovers to Newcastle United for £15,000,000 in 1996. At the time of writing, the sky remains firmly attached to its moorings.

And this, perhaps, is a point worth making. At what point does a transfer fee become “obscene?” What is the ultimate difference between a £49,000,000 transfer and a £20,000,000 transfer, apart from the two digits at the start of an ever lengthening series of zeroes? When I put this question to Twitter last night, the most cogent answer that I received came from the (very) occasional Twohundredpercent contributor Pete Brooksbank, who noted that, “There’s no point being disgusted about the PL any more. It’s like being angry at the Moon for causing tides.” Clubs throwing away the amount of money that could pay off an entire lower division’s worth of debt on one player may rile us at an innate level, as may the entire transfer market as a representation of the gaping, cavernous wealth disparity that exists within professional football, but perhaps it is this imbalance of financial resources that we should be directing our ire towards, rather than any one specific transfer each summer.

It remains likely that professional football will continue to evolve, and it is highly likely that it will continue to do so in many ways that we do not like. Indeed, the debates that we have now about this sort of thing will likely look like mere trifles in the future, when a club seeks to field a robot in the fashion of our very own Goalinator for the first time, or when His Imperial Lordship Michael Ashley III Jr unveils his plans to make Newcastle United the first football club on Mars, most likely at The Valles Marineris Stadium with Sports Direct. None of this is to say that there aren’t things that we shouldn’t get angry about, and certainly not that there aren’t stories about the game – and in particular its seedier side – that shouldn’t be told. Ultimately, though, the more of it we consume it and the more we are prepared to pay to consume it… the more the bubble will grow, and with sufficient money fueling it, it’s unlikely that the top end of the professional game’s money-drenched party is going to end any time soon.

You can agitate for Champions League football with Twohundredpercent on Facebook by clicking here. 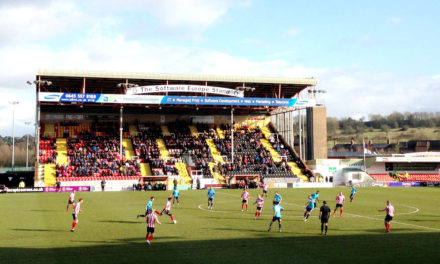 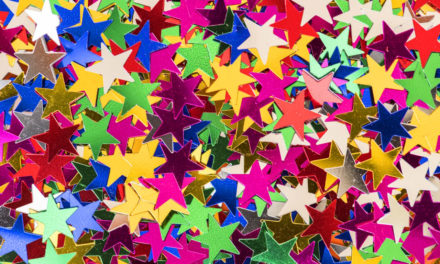 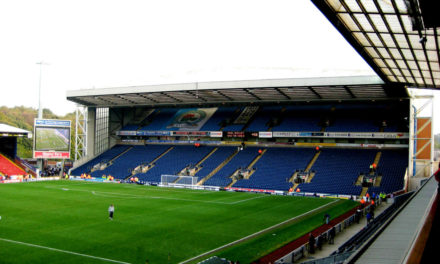