The emergence of Altrincham-based businessman Paul Wildes and his Leicestershire business associate Norman Smurthwaite as the latest “preferred” bidder(s) for Port Vale triggered a wave of hope across Burslem. Some of it was live on telly too, as Vale gave Oxford United a 3-0 shoeing on the day Wildes name was made public. After the protracted, painful climax of the Valiant 2001 era and the summer saga involving Lancastrian businessman Keith Ryder, Vale fans would probably have been grateful if their latest putative saviour could tie his own shoelaces. Nevertheless Wildes, the senior but younger partner (36… yikes!), made a very good initial impression, steadfastly avoiding being tripped up in a very intense first week under the scrutiny of fans and the local media. Only Wildes has gone public. “Retired finance expert” Smurthwaite – the most ‘northern’ name since ex-Barrow striker Colin Cowperthwaite – will add his retired finance expertise only when required. “He’ll be there to lend an ear when I need it,” Wildes explained. This might not be often. Wildes has been described – though not by himself (see below) – as a successful “entrepreneur” and “venture capitalist” with “business interests ranging from property development to hairdressing.” And, it would seem, most points in-between (most points are).

These include horse-racing, where he is “a profitable owner on the turf,” according to flatstats.co.uk. “Backing all runners to a £1 stake… has returned a profit of £4,” the site proclaims, although this windfall is early enough in Wildes’ turf career to be beginner’s luck. Wildes also has “training business” interests. And if there is a training manual in saying all the right things when introduced to a football club, Wildes either studied it hard during his “due diligence” at Vale… or wrote it. “Fans will be crucial,” he told the Sentinel newspaper even before his formal unveiling. There, he said: “Give me time and I’ll prove myself and show I’ll do what I say I’ll do,” by way of contrast to all recent predecessors in Vale’s boardroom. This made his warning that it could take “years, not months” for his strategies to work more palatable.

He added: “Vale has the potential to be a Championship club because that’s where it’s been in the past.” This didn’t promise Championship football but it inspired the Sentinel headline – “Wildes vows to bring Championship football back to Burslem.” And he did this “without (putting) pressure on (manager) Micky Adams any more than he has.” Two boxes ticked with one flourish of a pen. Wildes even had a dig at Vale’s “web warriors”, hiding any distaste with good humour – “I read the websites and message boards and I found out stuff about myself I didn’t actually know.” Impressively, Wildes made none of this sound like a style-over-substance sales pitch. And Vale administrator Bob Young of Begbies Traynor had certainly been impressed, letting slip to BBC Radio Stoke on September 26th that he had a clear favourite among his short-listed bidders. Having announced that three bidders “are really serious about it and have got the money,”  Young quickly shed his reluctance to “say any more” after “the deal with Mr Ryder kept getting put back and put back.” He exclaimed: “the guys I was speaking to today sound very serious and if they were the successful party they would want to complete by the end of October.” Wildes announced that he had only “approached” Vale “two weeks ago.” So this must have been him.

Young reminded himself that “that’s only one of three parties that I believe are really serious.” But it was too late. His ‘favourites’ had already “got the money because they’ve shown me where it is.” They were “asking all the right questions” and had “solicitors involved to discuss the small print with me.” Young stressed again that “I don’t want to go into a lot more detail because it would be wrong.” But the other two “serious” parties would surely have started looking elsewhere by then. For Wildes, Vale was that elsewhere, as he emerged as Darlington’s potential saviour in January. Despite publicity shots in a pink Pringle-style sweater (no label, tsk) and a disturbing resemblance (is there any other kind?) to Thomas Plant from the BBC’s Bargain Hunt, Wildes was taken seriously in Durham.

He planned to invest £300,000, with organised supporters buying a 40% stake for £200,000. Some of his plans will now seem familiar to Valiants. The Northern Echo said: “His starting point appears to be to make the club sustainable by making the stadium work harder.” Given that the stadium was a 25,000-capacity white elephant, built during the regime of over-ambitious crook George Reynolds, many supporters were sceptical. None of Reynolds’ successors managed it, including Raj Singh, with whom Wildes entered negotiations. “I enjoy a business challenge and I do not see a bigger challenge than making a football club successful, he said on January 25th. But February 1st proved “one of the worst days I have had in business.”

Singh apparently changed tack from “I’m not expecting a penny back” (BBC, January 6th) to “looking for a percentage of any future developments on the stadium site” (Echo, January 31st). As development profits were Wildes’ strategy for success, he was understating considerably when he said “It’s fair to say we weren’t on the same page as far as these proposals were concerned.” Wildes name reached Vale fans websites four days before he and Smurthwaite were officially named as Vale’s chosen two. And fans were quicker than Wildes himself in undertaking their ‘due diligence.’ Having quickly dismissed connections with Ryder, Vale’s fans seemed re-assured – despite Darlington – as they discovered numerous successful ventures, at least one of them relatively local. And cautious optimism prevailed throughout the week, such caution rendered inevitable by Vale’s recent past.

Wildes acknowledged this in a brief interview with Port Vale Supporters Club which was as informative as his introductory press briefing. He put on hold any thoughts of an early fans forum, surmising, correctly, that: “the vast majority of the meeting would be taken over by ‘are you actually going to pay for the club?’ and that needs to be dealt with, given what’s happened in the past.” The Supporters Club interview contained the only question which went beyond the usual enquiries about transfer budgets and league table ambitions. Wildes was asked: “We never got a straight answer on this from the previous bidder, but if a layman was to say to you ‘what is your job?’, what would you say to them? Momentarily surprised, Wildes admitted it was an “interesting question.” Yet his answer: “My job is business” probably wouldn’t suffice under “occupation” on his passport.

He stressed that he didn’t “run businesses day-to-day, per se” but surrounded himself “with talented people to make the business successful.” And he settled on “my job is a manager of people.” It was a straight answer of sorts, though scarcely straighter than Ryder’s “I’m a consultant by trade.” Wilde went beyond the usual platitudes, whilst taking good care not to forget any. “What I’ve bought,” he told the Supporters Club, “is a business with potential, which just happens to be a football club.” And he highlighted the “opportunity to look at the land and the buildings,” which might have seemed more sinister coming from other bidders with interests in “property development,” especially when he revealed that “we had our architects in last week.”

He also told the press briefing that “throughout my career, I’ve surrounded myself with talented people, because I don’t know the answers to every question.” And he added that his Vale “team” were not “football people” which was “not necessarily a bad idea” as “we won’t be making changes on the football side. That will be left to Micky Adams.” This was visible comfort to Adams, sat immediately to his left. Two more boxes ticked with one tick’s worth of ink. Wilde also admitted there was considerable self-interest in his plans. His business was looking “for a return on its investment.” And he announced that a branch of his training business would set up shop at Vale Park, as part of his strategy to “develop” the ground as a “seven-day-a-week venue rather than a three hours-every-other-Saturday venue.”

How that would benefit Vale was not directly answered. Asked for “more details”, he said the ground needed “to become a leisure hub” and “part of a much wider development…making people come to surrounding areas of the ground daily.” This, he hoped, “will lead to more interest and bigger crowds.” Well, maybe, but his final box-ticking exercise was highly symbolic, supporting the unveiling of the statue of club legend Roy Sproson on November 17th. The 11-year struggle to get the supporter-funded project completed became a microcosm of struggles with former directors, who proved more adept at not erecting the statue than finding “new investment” for Vale.

The statue was finally erected earlier this week. And Wildes’ immediate “commitment that the club will make it a great day for everyone… that will probably be remembered for many, many years to come,” was the starkest of contrasts in attitude. Again, this was enthusiastically interpreted, with a Supporters Club statement this week claiming that Wildes had: “agreed to cover the costs of the event.” Wilde even called Vale a “sleeping giant” and referred to “synergies” without a single eyelid being batted. And while he recognised that “Vale is a business where customers are disillusioned somewhat,” this disillusionment is more between fans than towards him.

Sentinel columnist and Supporters Club committee member Martin Tideswell wrote last week that “the new owners… must take the fans with them.” This seemed inherently sensible, give that Wildes’ plans don’t involve much personal investment once he’s bought the club and cleared the debts. But, according to a reader, Tideswell, “the mob’s friendly journalist,” was “already holding the sword of Damocles over (Wilde’s) head,” encouraging supporters “still harbouring ambitions to turn Vale into some soppy leftist workers’ co-operative.” No, really. Such divisions will take time to heal. And time is what Wilde has asked for. He “won’t be betting the kitchen sink” on promotion this season although “if it makes sense, we’ll invest,” as Vale “doesn’t need to make a profit from day one.” And for all his diverse business success, he remains completely untested in the world of football. However, the breadth and depth of his Vale knowledge, only two-and-a-bit weeks after first expressing an interest in the club, suggests he is a lightning fast learner. Vale fans still need to be close scrutineers. However, Wildes and his “talented people,” offer hope that Vale can be at least run properly, in ways long undreamt of in Burslem. Oh… and according to flatstats, his horses “perform better in the midlands.” After their recent experiences, Vale fans can’t ask for too much more than that.

The Street Pharmacists Guide To Football: The Premier League Screws You Up 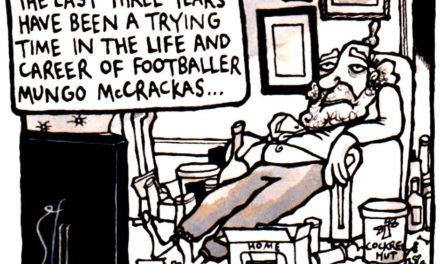 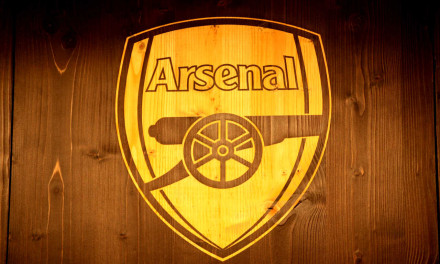 The Football League’s Reorganistion: The Whole Of Whose Game?