Welcome to the podcast page on Twohundredpercent. This podcast has now been running for more than six years, with more than 200 episodes recorded on a range of different subjects. The current incarnation of the 200% podcast is called This is Our Everest, in which Ian King and Edward Carter attempt to drive each other up the wall through the medium of old television programmes. But we’ve also got a vast archive of podcasts for your perusal, including the following series:

Produced throughout 2019, Winning at Dominoes is a series of standalone podcast documentaries of stories from the history of the game in the UK.

An Echo of Glory

Building on the first series, An Echo of Glory is a history of football in England & Wales spread over twenty episodes.

A ten-part series from the long, hot summer of 2020, Scorchio is a ten-part series in which Ian King and Edward Carter revisit some of the football video games of the past.

Strength in Depth was produced in the autumn of 2020. It’s a history of non-league football, told through the constant changes, which kept the amateur and semi-professional games one step ahead of the doom-mongers who have been perpetually prophesising its death.

This is our Everest

Join Ian King and Edward Carter on a television odyssey, as we discover the weirdest, the worst, and the blandest television that we can find from the analogue era in an attempt to drive each other to the brink of a nervous breakdown. 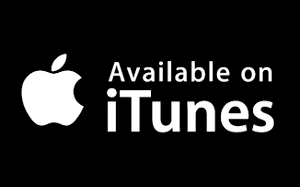 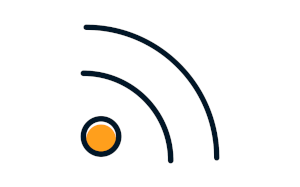 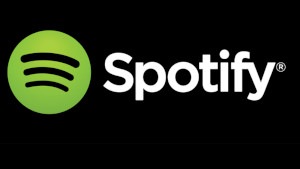 This week's Twohundredpercent Podcast is a Listeners' Questions special, with the entire agenda set by a bumper crop of queries sent in by you. Naturally, these ended up with Edward and Ian learning more about themselves and each other than ever before, but in between...

On this week's Twohundredpercent Podcast, Edward and Ian - two weary, middle-aged old duffers - met during a torrential rainstorm that at times sounded like being inside a car wash in order to harvest their ripest takes about a sport that has long since stopped caring...

It's a(nother) bumper seaside special edition of the Twohundredpercent Podcast this week, as Edward and Ian return from the international break more fed up with everything than ever. Casual fans of Manchester United and people who vote Conservative should probably...

On this week's all-thriller Twohundredpercent Podcast, Edward and Ian are thankfully joined by special guest Sam Whyte, who is artfully able to take both of your regular heroes - who had both been on the pop - by the hand through their weekly discussion of all things...

This week's Twohundredpercent Podcast sees your heroes turn their gimlet eye onto two stories from the Football League. The first is a horror story, that of Nottingham Forest and their dismal start to the season under Chris Hughton. We explore key issues such as: who...

This week's Twohundredpercent Podcast is (probably) the only place that you'll get to both hear Sean Dyche talking backwards and admiration for Ron Atkinson's leather jacket. And that's just for starters, because Edward and Ian had all sorts of shit to unpack, what...

Association Football returns as the mainstay of the Twohundredpercent podcast from this week and it is like Edward and Ian have never been away. Except for the fact that FC Barcelona have run out of money and been forced to let Lionel Messi run away and join the...

Podcast 305: This is our Everest, Part Fifty-One – Sportsnight With Coleman, 1969

On the final free-to-air This Is Our Everest until who knows when, sponsored by Bacon and Mustard, Edward and Ian have been watching a very special edition of Sportsnight from May 1969, when the assembled dignitaries were trying to find a new BBC football commentator....

Get off your arse, because This Is Our Everest returns once again with your heroes watching So It Goes, the Granada TV music magazine show from August 1976. It's a notable programme too, as this was the national television debut of The Sex Pistols, a group of...

Podcast 303: This is our Everest, Part Forty-Nine – Look at Life

On this week's Bonus Everest there's a special treat for all of you long-suffering listeners who miss Ian desperately and are yearning to be free. Because this time, Edward has been joined by Chris Oakley from (among many other things) The Football Attic: Rewind...