Footballers play too many matches these days. International football is dead. Two pulsating soccer soundbites that no self-respecting football pundit would be without: check them out the next time you watch Match of the Day, they are both there, discreetly bulging in the pockets of their shiny, shiny trousers. And FIFA seem hell-bent on turning the World Cup finals into… well, something or other. We’re not quite what, but we don’t like the smell of it.

Now, before we go any further, if you’re interested in listening to this week’s Twohundredpercent podcast and the draw referred to below as it happened by clicking right here.

Well, not any more, folks, and it’s all thanks to this: The Twohundredpercent Plan for the Salvation of the Integity of World Cup Football, more commonly known as TPSIWCF. Or Tipsy-wuh-cuff. Beginning in the first weekend of February 2026, 128 international teams (having been narrowed down from the 210 or so that entered throughout an extremely boring and convoluted (i.e. I’m not sitting down to work THAT out unless they pay me) knockout process in 2025) face off against one another in a series of winner-takes-all single leg matches. There’s no seeding in the draw and whoever comes out of the bag first will be the home team. Matches will be decided on the day, after extra time and penalty kicks if needs be.

The following draw is the one we made, using the current top 128 teams in the FIFA rankings for convenience, in Twohundredpercent Podcast number 79:

The first thing to notice is that, like all random draws, you’re not guaranteed anything explosive and exciting. Nevertheless, the potential is always there and an upset is far more likely than it is using the current FIFA qualification system. Stand out ties? Well, Netherlands v. Peru looks pretty tasty. The prospect of the kits alone is enough to make a grown man feel… peculiar. Additionally, Scotland face Australia at Hampden Park in a grotesque battle to decides who dislikes England the most. And Brazil play Czechia in an almost-repeat of the 1962 World Cup final. But perhaps the most intriguing fixture of the bunch is Costa Rica hosting Belgium. Two teams who would, quite reasonably, expect to be competing in the final tournament.

The unseeded nature of the draw pays no heed to nationality or to Confederation. Quotas and representation goes out of the window. If you are from Japan, or South Korea, two major international markets for the game, you can no longer rest on your laurels. The near-guarantee of qualification that teams like Mexico or Brazil enjoy is instantly rendered obsolete. It would be good for the progress of the game. Teams like Korea and Japan can, to a great extent, tread water: the hugest fish in their particular pond. It is a recipe for stagnation, whereas the prospect that you could be drawn against anyone re-energises the compeition. Don’t like it? Well, my advice is that you will need to get lucky, or get better.

Of course, being a football fan, I couldn’t have just left it like this. Idle speculation is our MEAT, our reason to persist with this daft pantomime. So, I chose a likely winner for each of the above 64 fixtures (where one was not immediately obvious, I generated a random number between 1-100: even meant a home win, odd gave the benefit to the away team), and drew out Round 2:

The Habsburg derby of Austria and Hungary dominates this list, another draw where the big hitters managed to artfully evade playing against one another. Which is not to say there aren’t a number of intriguing fixtures. Argentina need to overcome Ecuador at altitude in Quito, which is never an easy prospec. Peru – having edged past the Netherlands in Round 1 – are now away to Serbia. Japan versus Panama is also an interesting match: the Panamanians have made considerable progress in recent years and it is not perhaps as easy a tie for Japan as it might appear. The Swiss, however, are unlikely to thank anyone for their trip to Santiago.

Two matches leap out here: Italy versus Colombia has the potential to peel the skin from your ears, while France versus England is just plain funny. The FAW will probably have to engage the services of a whole phalanx of physiotherapists and mountain climbers to prepare the Welsh team for their vital match away to Bolivia. The winner at this stage gets to the final tournament, remember. Paraguay versus Uruguay also looks like it could get a bit tasty.

For the finals draw, I relented and allowed some seeding to take place. The top team in each of the four groups are the four highest ranked of the remaining countries. The draw having been relatively kind to them, these were coincidentally the teams currently ranked 1-4 in the world by FIFA. Italy (and somewhat less surprisingly, England) fail to make the cut, however:

There you go. Not as representative of the global game as the World Cup is in its current iteration. However, I don’t think it is any less valid or interesting-looking for it. The careful topiary of the current World Cup finals draw is blasted through with the irrepressible Flymo of dumb luck, circumstance and, most importantly, meritocracy. After all, winning the World Cup should reward excellence, above all. The draw also includes some outliers: if FIFA were to organise a 16-team World Cup finals tournament along their conventional lines, the chances for Peru, Algeria, Poland and the Ivory Coast of making the cut would, I suggest, be significantly decreased.

That said, none of this is legally binding. Ten years is also a very long time, especially when the President of the United States is Gripper Stebson, so all of these projected “likely” results are speculative in the extreme. Nevertheless, I think the concept is sound and stand by it. Half of the 128 countries who participated in our draw are, as of December 2016, already out of contention to compete at Russia 2018. This is something that has always stuck in my craw: if, as we are continually told, democracy is worth a damn, surely the fact that there are 128 countries still in contention to be the world champion just 5 months before the winner is decided is a good thing?

If you work for FIFA and want to institute our plan, please do get in touch. We have loads of ideas. Some of them are even better than this one. All I’ll say is this: bumbags.

As ever, you can download the 200% podcast by right-clicking and saving here, whilst the 200% podcast’s RSS feed is here and you can subscribe through Itunes here. We now also have a Facebook page for the podcast, which you can “like” by going here. And you can support us through subscribing right here, through Patreon. We’re starting a new monthly podcast to go with our new subscriber-only magazine, and you don’t want to miss out on that.

Something Has To Give, In This “Refereeing Crisis” 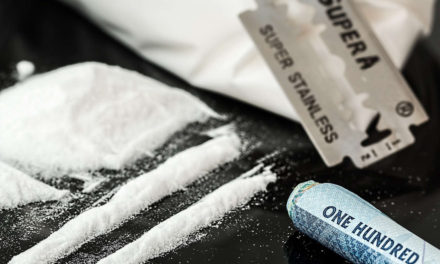