On this week’s all-thriller Twohundredpercent Podcast, Edward and Ian are thankfully joined by special guest Sam Whyte, who is artfully able to take both of your regular heroes – who had both been on the pop – by the hand through their weekly discussion of all things football. And what a week it’s been. Edward, Ian and Sam look on with grim faces at Manchester United’s signing of Cristiano Ronaldo, which is both inexpicable and wrong whichever angle one chooses to look at it.

Arsenal’s recent travails are also revisited, with Sam revealing they’ve now made it onto her Critically Endangered list of the eight clubs who cannot possibly avoid relegation this season and Ian still lost in admiration of Nuno Espirito Santo’s beard. We also remember Wigan Athletic’s very own Keith the duck – whose death this week caused shockwaves across the region – as well as Speckles the chicken, a much less-heralded but equally dead bird from north-west England who met with an igniminious fate.

Match of the Week sees more fond reminiscence, as your panel of experts pine for the golden era of the FA Cup: inflatables, haddocks and pitches like ploughed fields aplenty, as Terry Phelan scores a worldy to break Grimsby hearts.

You can find Sam Whyte on Twitter @SamWhyte, while we are as ever @twoht and @200percentpod. If you’d like to watch our Match of the Week, you can find it here.

There’s a bunch of different ways in which you can subscribe to the 200% podcast. You can do so through Spotify, which you can find right here, and you can download today’s episode to listen to at your leisure by right-clicking and saving here, whilst the podcast RSS feed is here and you can subscribe through Google Podcasts here and Itunes here. We’re now also available through Acast, right here. 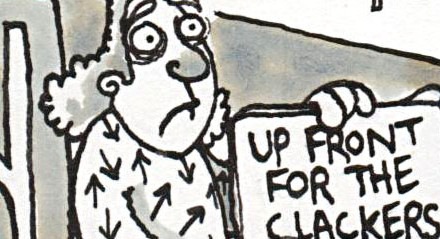 Tottenham Hotspur: My Eyes Have Seen The Glory