This week, Edward and Ian forgo the usual rigmarole of playing old video games and instead have been playing brand new ones.

Ian has been gawping in wonderment at all that FIFA 20 has to offer, leading him to curate an increasingly impressive selection of balls, ponder the vissisitudes of inflation and contemplate the idea of FIFA 21 being entirely played behind closed doors due to an outbreak of a disease that none of the computerised participants could even reasonably contract.

Meanwhile, Edward does battle with Football Manager 20 and finds himself riven with indecision, too scared to change anything lest the whole enterprise collapses around him. Maybe he should have chosen to manage Crystal Palace, where such an occurrence would not have bothered him in the slightest. There’s airing of dark conspiracy theories, too. As is the case with the majority of such theories, this one is born from failure: shattered hopes, thwarted dreams, unreasonable expectations, an unwarranted sense of entitlement and deep psychological issues.

All of this plus! We reveal the entirely binary approach to video gaming espoused by Ian King, an on-the-hoof idea for a Subbuteo video game that is surprisingly not shit and Edward enters into a verbal contract with the listeners that he may well end up regretting. Or not. Time will tell.

There’s a bunch of different ways in which you can subscribe to the 200% podcast. You can do so through Spotify, which you can find right here, and you can download this week’s to listen to at your leisure by right-clicking and saving here, whilst the podcast RSS feed is here and you can subscribe through Itunes here. We’re now also available through Acast, right here.

And finally, a humble request. I have lost all overtime at work, and my wife has been unable to work at all this last few weeks. We have lost more than £1000 a month and are struggling to make even to most basic ends meet. we also still have our Redbubble shop, for the sartorially minded amongst you, and subscribe through joining us on Patreon. We even now have a Kofi button on the site, so do feel free to send us whatever you’re able to. 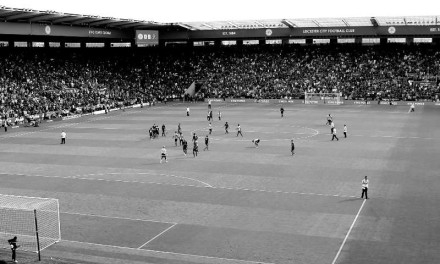 FIFA: The Vindication of Andrew Jennings